Get the app Get the app
Get the latest news on coronavirus impacts on general aviation, including what AOPA is doing to protect GA, event cancellations, advice for pilots to protect themselves, and more. Read More
Already a member? Please login below for an enhanced experience. Not a member? Join today
News & Videos FAA clarifies hangar-use policy

The FAA published a policy update to the Federal Register on June 15 focusing on hangar use at federally obligated airports.  The update will take effect July 1, 2017, and is meant to be a clarification of “how aviation facilities—including hangars can be used on airports that receive federal funds,” according to the FAA. 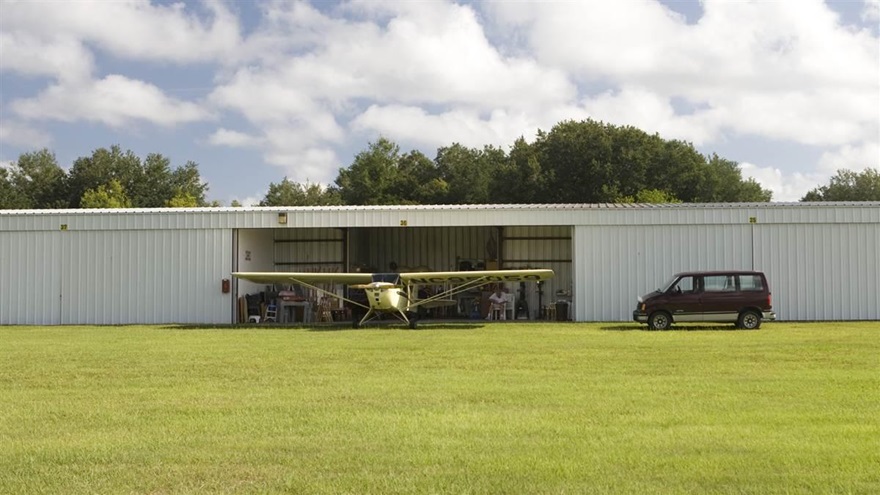 “AOPA would like to thank Congressmen Graves (R-Mo.) and Rokita (R-Ind.) and Senator Moran (R-Kan.) for their advocacy as well as the FAA for working with us to ensure hangar use policies match the realities of general aviation flying and aircraft ownership.

Most notably, the update will allow noncommercial experimental and kit aircraft builders to do more work at airport hangars.

In the past the FAA did not define aircraft building as an aeronautical activity and only final assembly was permitted at hangars on federally obligated airports. The new definition, which AOPA has long fought for, changes that definition to include noncommercial aircraft construction and not just final assembly.

“AOPA believes that constructing an aircraft, not just the final assembly, is an aeronautical activity, which the update appropriately reflects,” said Coon.

The FAA also clarified that aircraft down for repair and maintenance are still considered “operational aircraft” and may be kept in hangars at the discretion of airport sponsors.

The update also will allow the storage of nonaeronautical items in hangars provided they do not interfere with the intended aeronautical use of the hangar and are allowed by the airport sponsor.

Finally, for airports with hangar capacity that exceeds local demand, the FAA said, “it is preferable to make use of the hangars to generate revenue for the airport, as long as the hangar capacity can be recovered on relatively short notice for aeronautical use when needed.”

For further information, the FAA has published a web page with frequently asked questions.

AOPA Senior Director of Communications
Joe is a student pilot and his first solo flight was at AOPA’s home airport in Frederick, Maryland. Before joining AOPA in 2015, he worked for numerous political campaigns, news organizations, and the White House Press Office.
Go to Joe Kildea's Profile
Topics: Advocacy, Airport, Ownership