Get the app Get the app
Already a member? Please login below for an enhanced experience. Not a member? Join today
News & Media In Sisters Ore aviation education is a community effort

Aviation education is a community effort in Sisters, Oregon

Four years ago, a buzz began to circulate in Oregon about a small general aviation airport that had seen better days. The word was that Sisters Eagle Airport was off life support, its future looking bright.

Since that time, when an infusion of upgrade funding launched a turnaround, the optimistic expectations have been met and exceeded for the airport with a repaved and widened runway, renovated infrastructure, energetic new owners—and now, state-level support for including the airport in official listings of airports of economic importance to Oregon.

The comeback also has made a major mark on the community of Sisters, which gets its name from the “Three Sisters,” a group of prominent peaks southwest of the town of approximately 2,000 residents.

Four years ago Sisters High School began offering a flight science course that gives students an opportunity to prepare for the private pilot knowledge exam in the short term, and earn a private pilot ticket longer term, with the cost of their flying dissipated by scholarships and a local matching program.

To help make it happen, supportive citizens turn out for an annual Fourth of July fly-in that raises much of the money to make the cost-free flight training possible. 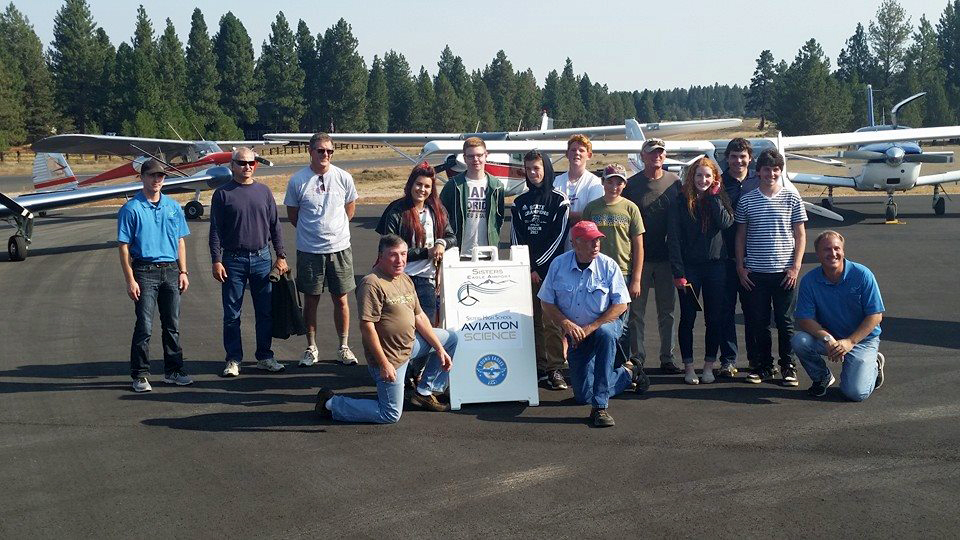 Already the community’s embrace of the rural high school’s aviation curriculum has produced one new private pilot. Several students have soloed—including a handful so far in 2017—and the elective flight science course that is available at all grade levels has grown from an enrollment of seven in its first year to about 40 now.

“The key to our success is that these kids are actually flying,” said Julie Benson, who with her husband Ben acquired the airport in 2011. Currently there are about eight students actively working on pilot certificates at the Bensons’ flight school with flight instructor Sam Monte, she said.

Sheryl Yeager, a teacher, and certificated flight instructor, teaches the flight science course—and to say she is motivated is something of an understatement.

“I am doing everything I can to get these kids their private pilot’s license before they get out of high school,” she said.

A year into the job, Yeager is building up the curriculum “using every available resource.” Last November Yeager and the Bensons attended the AOPA You Can Fly initiative’s second annual High School Aviation STEM Symposium at Seattle’s Museum of Flight, discussing science, technology, engineering, and math curriculum ideas with other educators.

Yeager has already discovered that passing her enthusiasm for flight to her students is the easiest part of the job.

“Once you get them in the air, done deal,” she said.

Over at the airport, a student gets his or her first taste of flight as a Young Eagle, heading skyward with a volunteer pilot from the Experimental Aircraft Association’s ever-popular program that has brought flight to more than two million youngsters since the program launched in 1992. 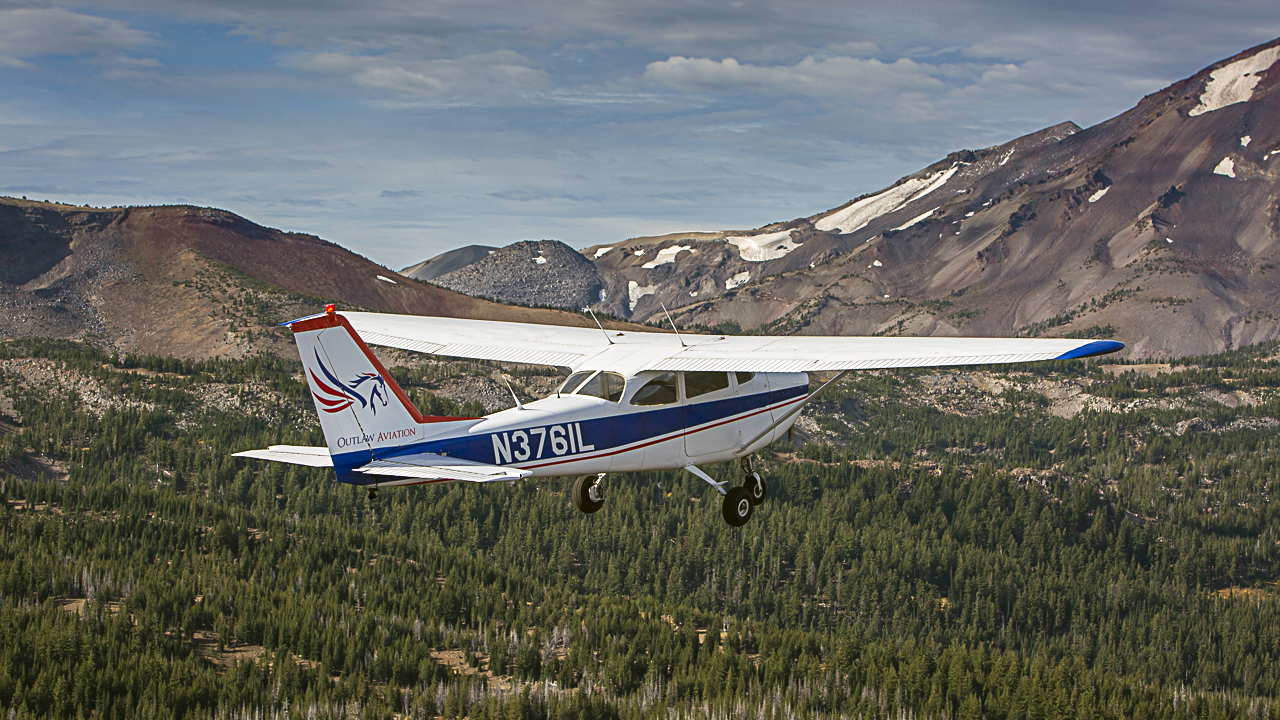 The Cessna 172 trainer that the Bensons provide for flight training at discounted rates through their own matching scholarship program is recognizable by its distinctive “Outlaw Aviation” winged horse logo painted on the tail—an aeronautic nod to the school’s “Outlaws” theme and equine mascot.

“All the kids flying have done so at no cost, completely on scholarship,” said Julie Benson, noting that some of the students also have received grants by applying for scholarships awarded by AOPA and other scholarship programs.

Benson helped the school district get its aviation science program launched four years ago. In a fortuitous coincidence, when the teacher’s post later became vacant, Yeager learned of the opening, a great fit for her teaching credentials.

“Out of blue Sisters, Oregon, advertised a job for a health instructor and flight instructor. I met the principal, and the next thing you know, I am the world’s luckiest person,” she said by phone.

Local businesses and other public-minded citizens have been strong supporters of the aviation education effort, Benson said.

The community’s chance to really get into the act occurs each Fourth of July, when the airport’s annual fly-in serves as the program’s biggest annual fundraising effort, putting on a show with skydivers, vintage aircraft, and in 2016, the field’s eightieth birthday celebration. 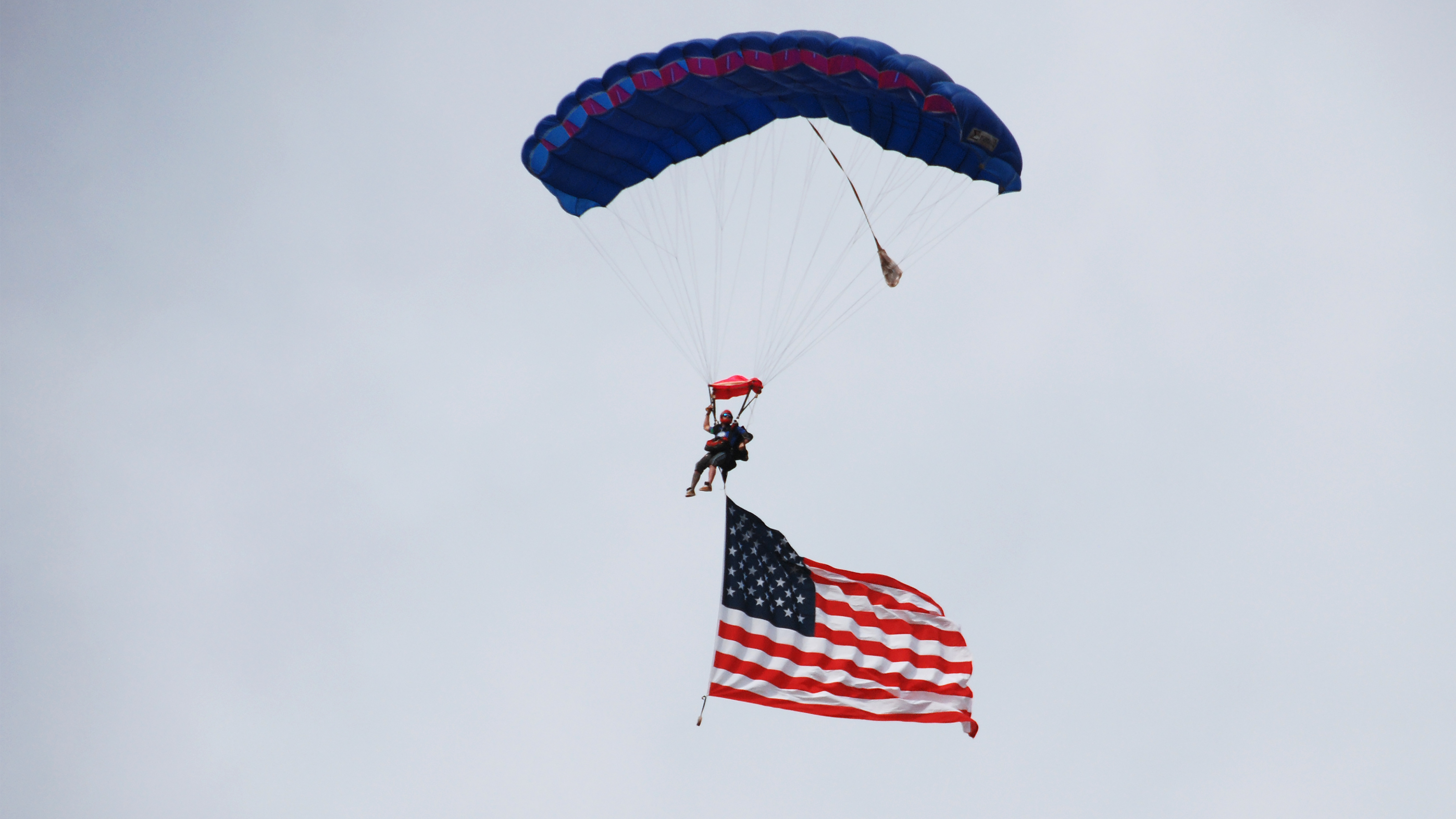 Pancakes are on the griddle by 7 a.m., and before long up to 50 aircraft, and about 1,000 people who find their way to the field by ground transportation, are on hand. They participate in a 5K run, or come out to witness what Benson describes as “the great rubber chicken drop,” in which an instructor and student fly a pass above the runway and drop rubber chickens, aiming for two-foot-high numbers that have been chalked inside squares on the runway. “Whatever square it lands on is what they get,” said Benson, adding that the donations that reward winning tosses are provided by local businesses.

Later on fly-in day, the runway becomes a dragstrip (at $5 per race), so if you wish to put up your 1963 Corvette against a sporty new Tesla, Sisters is the place to race.

Benson’s future plans for the airport include construction of a community hangar. Yeager is continuing to develop aviation course options including a basic introductory aviation and aerodynamics class.

For students who want their high school aviation learning to become a leg up on a career in the industry—and there are many, Yeager said—the school has ties with Central Oregon Community College in Bend, where an aviation program offers Associate of Science and Associate of Applied Science degrees, along with the FAA ratings required to become a professional pilot, and career pathways.

“Most COCC graduates become flight instructors, airline pilots, or corporate pilots. Others use the degree to advance into management positions within their own companies,” says the college’s aviation program website.

Dan Namowitz has been writing for AOPA in a variety of capacities since 1991. He has been a flight instructor since 1990 and is a 35-year AOPA member.
Go to Dan Namowitz's Profile
Topics: Advocacy, Economic Impact, Airport