Get the app Get the app
We will be performing maintenance on our systems Sunday, 8/21, beginning at 12:00 A.M. ET and ending at 6:00 A.M. ET. During this time, you may experience intermittent service outages. We appreciate your patience.
News & Media Area forecast elimination timetable updated

The graphical weather product designed for pilots as a comprehensive replacement for the legacy text-based area forecast will become operational on April 13—but the old-school weather forecasts they were introduced to replace won’t be going away for a while.

The graphical forecasts for aviation (GFA) that pilots can already view online will transition from an experimental to an operational weather product on April 13. If you are a pilot who has already been familiarizing yourself with the interactive resource on the National Weather Service test site for the past year or so, as AOPA has encouraged pilots to do, the main difference you will notice after April 13 is that the word “experimental” will be dropped from the images you see. For the National Weather Service, the change means that more robust quality assurance will be taking place.

Rune Duke, AOPA director of airspace and air traffic, worked with the National Weather Service and FAA to incorporate many positive user suggestions into the graphical products’ designs.

“The National Weather Service has been very responsive to pilot feedback, and they report pilots have been overwhelmingly positive about this new resource,” he said.

Why is it all happening? As AOPA has reported, it’s because the FAA asked the National Weather Service to update its weather product inventory.

“The FAA recognizes that, given modern advances within NWS, the legacy text FA is no longer the best source of en route flight planning weather information,” said the National Weather Service in a March 14 notification of the change in status of graphical weather. The new products, however, are still required to provide the “underlying meteorological information” contained in text area forecasts.

“AOPA has been very supportive of moving away from text and towards graphical weather,” Duke said. “Graphics allow a pilot to make better analysis of the weather along their route of flight and are generally more user-friendly than long blocks of text. Graphics are also better for in-flight operations as they tend to provide the pilot more information more effectively and quickly.” 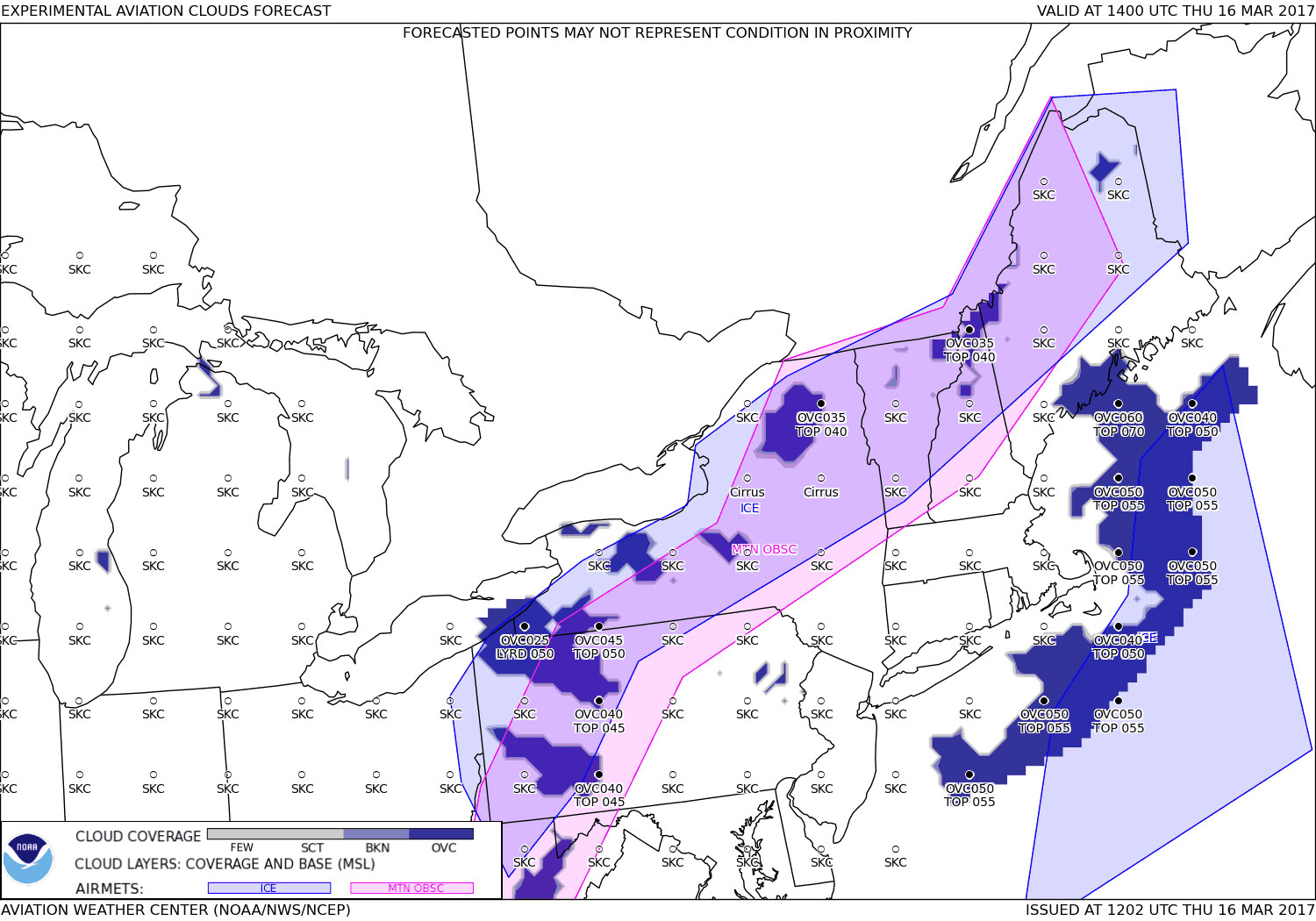 The National Weather Service also worked with the FAA and AOPA this winter to develop a new product for flight service specialists and pilots who have limited internet bandwidth. Graphical static images  provide a snapshot of weather in three-hour increments, with a similar look to the fully interactive GFA. Because of the data requirement challenges of the GFA website for flight service, the snapshots were created, and now must be incorporated into the briefing process, Duke said.

Starting in July, flight service specialists will begin working with GFA static images in weather briefings, followed around October, by the discontinuation of text-based area forecasts, after formal notification from the National Weather Service. Duke noted that the October retirement date for text area forecasts “is tentative and has changed several times.”

Pilots who get DUATS briefings also will be able to view the snapshots around July.

Area forecasts for Alaska, Hawaii, the Caribbean, and the Gulf of Mexico will remain unaffected by the changes described above and will remain in textual format.