Get the app Get the app
Get the latest news on coronavirus impacts on general aviation, including what AOPA is doing to protect GA, event cancellations, advice for pilots to protect themselves, and more. Read More
Already a member? Please login below for an enhanced experience. Not a member? Join today
News & Media Cape Air begins Tecnam transition

Massachusetts-based Cape Air is lined up and waiting for delivery of the first 20 Tecnam P2012 Traveller twins, expected to enter service in early 2019 and replace the Cessna 402s that the regional carrier was launched with in 1989. 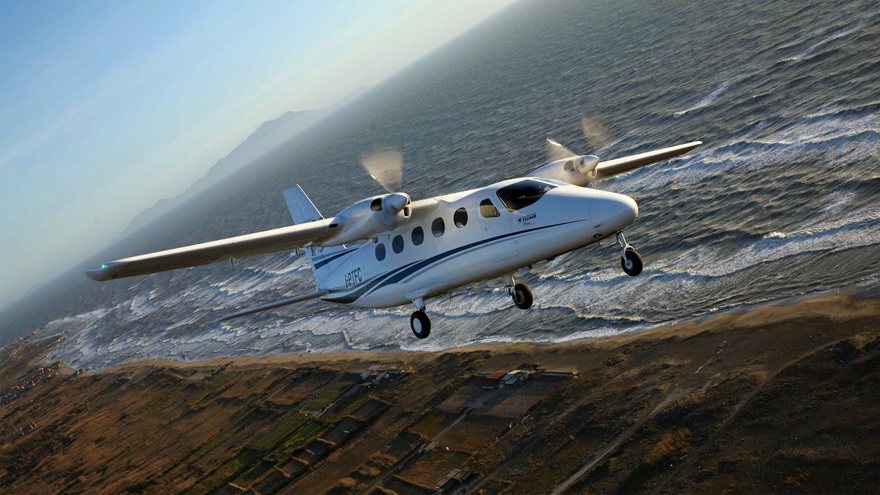 The regional airline based in Hyannis, Massachusetts, began with a Cessna 402 flight between Boston and Provincetown, Massachusetts, and has expanded steadily since. Cape Air now operates a fleet of 91 aircraft, including 83 Cessna 402s, according to the company website. (The regional carrier also operates Britten-Norman Islanders and ATR-42s.) Cape Air and Tecnam announced Sept. 21 a final agreement for delivery of the first 20 P2012 Travellers, the first batch of a total order for 100 aircraft. The companies did not disclose the purchase price. The Traveller, designed by the late Luigi Pascale, is designed for regional air carrier service and a range of other missions, and Tecnam’s pitch includes low operating and maintenance costs.

The P2012 first flew in July 2016, and the company expects FAA certification in 2018, according to the news release. Cape Air partnered with Tecnam during the development of the 11-seat P2012, and expects the first deliveries in January 2019.

“What we asked of Tecnam was not easy, but they gave us a real solution for our future needs in a changing industry,” said Cape Air CEO Dan Wolf in the news release. “We are now able to offer our passengers a modern and stylish twin-engine aircraft ideal for small community air service in the U.S. and abroad… Tecnam has created a great product that is both innovative and beautiful. We are confident the Traveller will delight our communities and customers.”

Cape Air Pilots may appreciate the Garmin G1000 NXi avionics suite and twin Lycoming 375-horsepower engines. The P2012 has a listed maximum cruise speed of 190 knots, and a takeoff distance over a 50-foot obstacle of 1,970 feet, with a ground roll of 1,150 feet, according to specifications Tecnam posted online.

Tecnam noted that pre-orders for the Traveller have arrived from a variety of other regional airline operators in Australia, Europe, and South America.

Cape Air makes up to 525 flights per day during peak season, connecting 39 cities in New England, Florida, the Caribbean, and Micronesia, carrying 686,000 passengers each year.