Testing that was halted earlier this year on an unleaded avgas under the FAA’s Piston Aviation Fuels Initiative (PAFI) will resume this fall. In a related development, Swift Fuels announced that it has suspended its work on a PAFI fuel in favor of another fuel, outside of the program. Those developments, in the continued effort to find a fleetwide substitute for leaded avgas, emerged as the PAFI Steering Group held its quarterly meeting Aug. 28 and 29 at AOPA Headquarters in Frederick, Maryland. 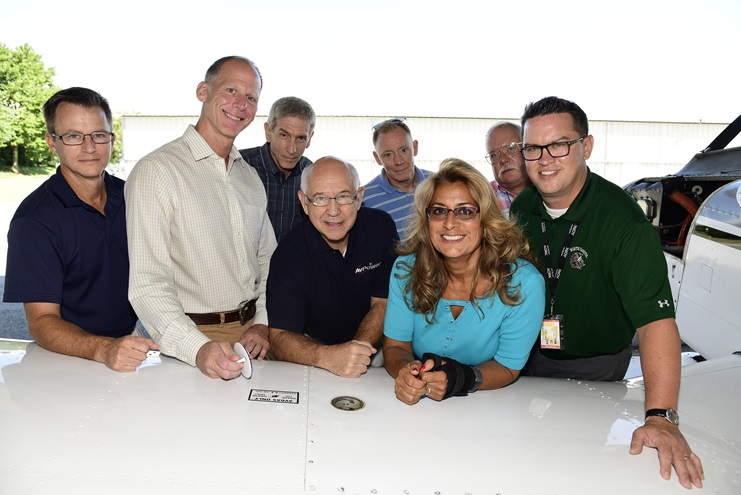 The FAA continues to support development of an unleaded aviation fuel both within PAFI and outside the program, and Shell is continuing to work to mitigate known issues testing identified in its candidate fuel, said Peter White, the FAA’s alternative fuels program leader, in this AOPA Live interview with AOPA President Mark Baker. The PAFI Steering Group consists of representatives from the FAA, AOPA, the Experimental Aircraft Association, the General Aviation Manufacturers Association, the National Business Aviation Association, and the National Air Transportation Association.

David Oord, AOPA senior director of regulatory affairs, noted that Shell’s recent work on its fuel has shown promise. AOPA reported in June that the FAA had halted all flight testing and some engine tests of Shell’s and Swift’s developmental fuels to analyze data gathered during the past three years of the program. The decision also reshaped the timeline for evaluating all aspects of the fuels’ performance, targeting now a testing completion date in late 2019, about a year later than previous forecasts suggested.

The main challenge of PAFI is to identify, test, and authorize a fuel with properties and performance that are compatible with the entire general aviation piston-engine fleet, taking into consideration the effects on aircraft components, materials, and engines, Oord said.

Significantly, testing to date has revealed important knowledge about the effects of different fuel formulations on engine durability and hot-weather operations. The testing at the FAA’s technical center in Atlantic City, New Jersey, and at industry partner facilities, also helped create a standardized set of test protocols to evaluate unleaded aviation fuels.

Once testing is completed, an FAA/industry follow-on effort will be to develop and implement a comprehensive, orderly transition plan for the move to unleaded avgas—a key step to prepare for the Environmental Protection Agency’s expected regulatory actions to eliminate leaded avgas.

Swift Fuels, which already produces a UL94 unleaded avgas in use by thousands of lower-octane aircraft, announced in an Aug. 29 news release that it was pursuing a fuel certification path outside PAFI, with engine and flight testing.

Although PAFI and other research efforts are proceeding on parallel tracks, PAFI’s main focus is a fleetwide authorized fuel, whereas the use of unleaded fuels developed outside PAFI will require supplemental type certificates issued for each make and model applying to use the fuel, Oord said.

Dan Namowitz has been writing for AOPA in a variety of capacities since 1991. He has been a flight instructor since 1990 and is a 35-year AOPA member.
Go to Dan Namowitz's Profile
Topics: Advocacy, Alternative Fuels