A Michigan House bill that would designate flying clubs as commercial entities and limit combined takeoffs and landings to 10 per day at private landing areas ran into stiff opposition from aviation advocates at a legislative hearing. 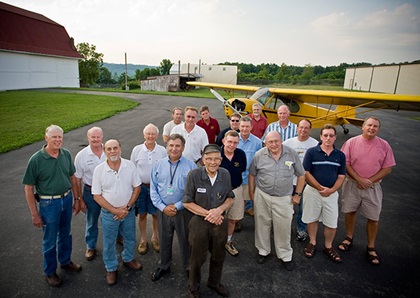 Yaroch, framing his measure as a land-use matter rather than an aviation issue, testified in the hearing that he sponsored the bill to restrict activity he considered an effort to “push the boundaries of what the original intent was” of a private landing area.

“AOPA believes that this legislation, if passed as written, will negatively impact the current operation of flying clubs and the formation of future flying clubs in the state of Michigan,” Lewis said.

He noted the many other economically beneficial operations based at private landing areas that could be adversely affected by the legislation including soaring clubs, ballooning operations, seaplane bases, skydiving operations, aerial agricultural operators, medical airlift flights, and maintenance facilities.

Among the Michigan aviation organizations that sent representatives to the hearing to register opposition were Midwest Freefall, a skydiving operation based in Ray Township; the United States Parachute Association; Cameron Balloons of Ann Arbor; and the Michigan Aerial Agriculture Association.

Brad Frederick, Michigan’s liaison to the Recreational Aviation Foundation, attended the hearing after having helped raise pilots’ awareness of the bill. Numerous individuals placed their opposition in the record. No supporters of the bill appeared.

Steven M. Chait, a pilot and aviation attorney representing Midwest Freefall, reviewed prior legal review of his client’s status to fortify his assertion that the skydiving group operates legally in Ray—which is within House District 33 and was characterized by Chait as the “target” of Yaroch’s bill.

Chait said the effect of the “overbroad” proposal would be to “kill” numerous other activities, and he pointed out to the committee—two of whose members identified themselves as a pilot and a skydiving enthusiast—that “there’s more than 500 private-use airports in Michigan, so we ask that you deny this.”

You can watch a video of the testimony on the Michigan House of Representatives website.

Dan Namowitz has been writing for AOPA in a variety of capacities since 1991. He has been a flight instructor since 1990 and is a 35-year AOPA member.
Go to Dan Namowitz's Profile
Topics: Advocacy, Airport Advocacy, Flying Club