Get the app Get the app
News & Media ‘Welcome to space’

SpaceShipTwo has flown to space and returned safely to earth. 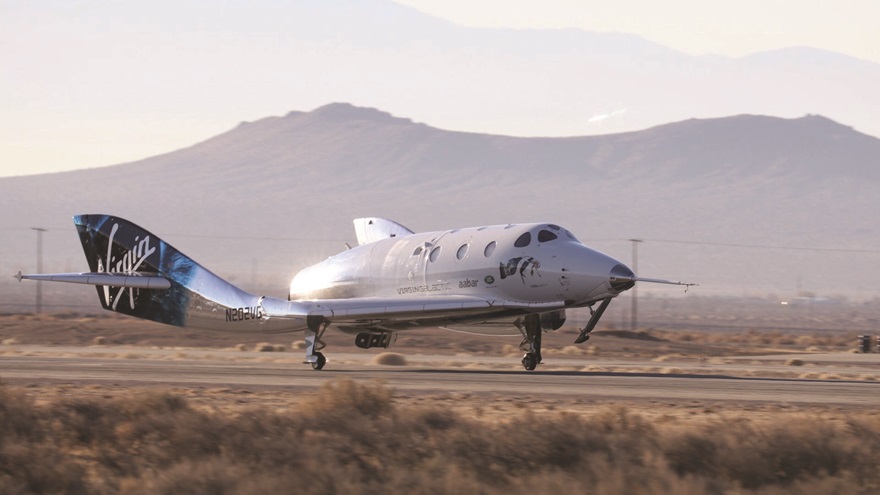 “Not only is this the first human spaceflight to be launched from American soil since the final Space Shuttle mission in 2011, but the very first time that a crewed vehicle built for commercial, passenger service, has reached space,” Virgin Galactic said. The statement was posted on the Virgin Galactic website.

Recognizing the accomplishment, the FAA announced that early in 2019 it will present pilots Mark “Forger” Stucky and Frederick “CJ” Sturckow with FAA Commercial Astronaut Wings at a ceremony in Washington D.C.  Sturckow, “as a four-time Space Shuttle pilot, will become the only person to have been awarded NASA and FAA wings,” the agency said.

Virgin Galactic described the scene with witnesses observing as a 60-second planned rocket motor burn “propelled VSS Unity to almost three times the speed of sound and to an apogee of 51.4 miles.” The apogee marks the flight’s greatest distance from earth.

As the craft coasted into space, “Virgin Galactic Mission Control confirmed the news and congratulated the two astronaut pilots: ‘Unity, Welcome to Space.’”

Re-entering the atmosphere at two-and-a-half times the speed of sound, the pilots “guided the spaceship down to a smooth runway landing and an emotional homecoming welcome.” Branson, who intends to fly on a commercial suborbital space flight, said the effort showed that Virgin Galactic “really can open space to change the world for good,” and that the remaining flight testing would forge ahead.

“Many of you will know how important the dream of space travel is to me personally,” he said. “Ever since I watched the moon landings as a child I have looked up to the skies with wonder. We started Virgin nearly 50 years ago dreaming big and loving a challenge. Today, as I stood among a truly remarkable group of people with our eyes on the stars, we saw our biggest dream and our toughest challenge to date fulfilled. It was an indescribable feeling: joy, relief, exhilaration and anticipation for what is yet to come.”

The flight, part of Virgin Galactic’s mission “to open space for everyone,” made good on an Oct. 10 prediction by George Whitesides, Virgin Galactic’s chief executive, that following the most recent flight test in July, SpaceShipTwo would return to flight before year’s end.

His comment also reinforced Branson’s Oct. 9 assessment that the venture would reach space “within weeks, not months.”

Some reports of the space flight noted that “space” lacks a clearly defined starting point; others noted that while other definitions are also accepted, the United States confers astronaut designation on those who have flown above an altitude of 50 miles.

Virgin Galactic plans eventually to carry passengers into space on suborbital flights for $250,000 per seat and notes that more than 600 people from 50 countries have “reserved places to fly on Virgin Galactic’s reusable space launch system, consisting of carrier aircraft WhiteKnightTwo and spacecraft SpaceShipTwo.”

The spaceflight operations will be based at Spaceport America in New Mexico, Virgin Galactic said. 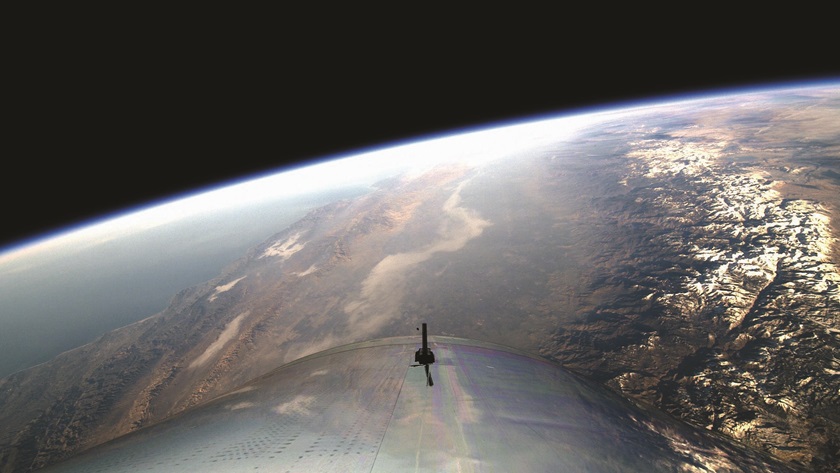