Pilot, researcher, and flight simulation engineer Rudy Frasca was fresh out of the U.S. Navy when he built his first flight simulator in the family garage in 1958. In the decades that followed, family-run Frasca International has grown into a global flight training device powerhouse and is celebrating its sixtieth anniversary. 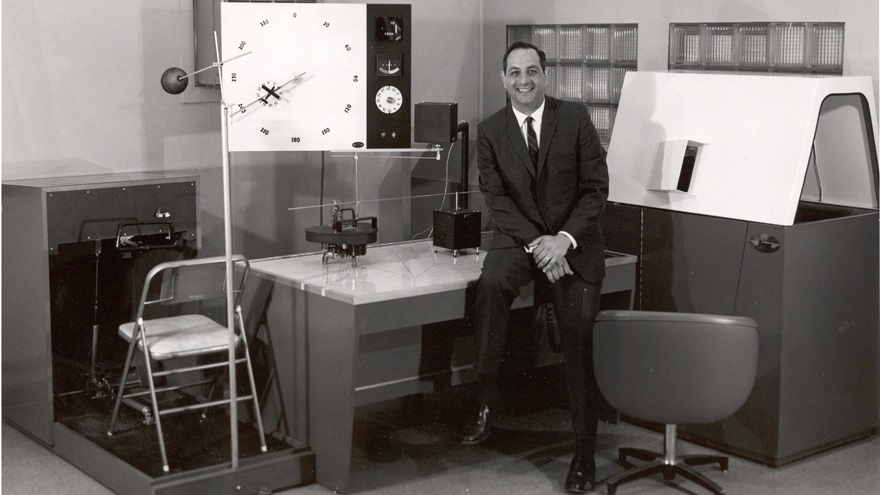 The innovator made personal visits to install the Model 100 and its coffin-shaped Model 101 successor at local flight schools and colleges with aviation training programs—a strategy that helped establish Frasca’s reputation for customer service, quality, and innovation. 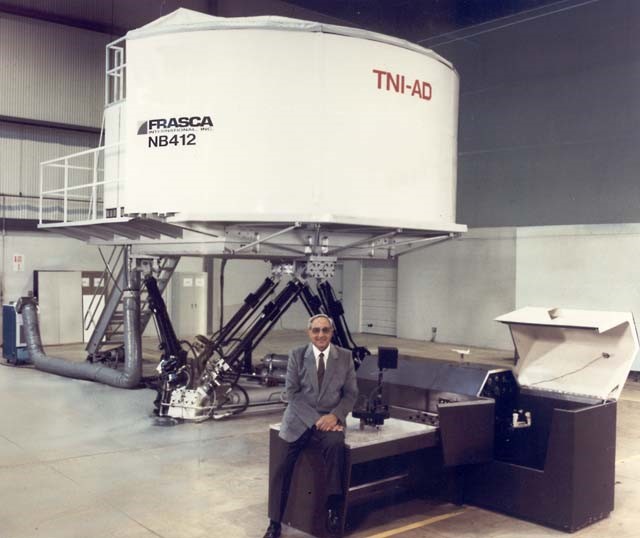 The company lists a dizzying array of training innovations since its inception. Simulated sound first appeared in the 1970s. Digital simulation and electronic control loading were introduced in the 1980s, along with applied motion and hydraulic control. Graphical instruction stations and electronic motion systems appeared in the 1990s. Additional advances followed in the 2000s including an ultra-realistic graphics system known as TruVision and FAA-approved Level 6 and Level 7 flight training devices.

The company’s most recent innovations are lower-cost Bell B206 or B407, Robinson R44, or Airbus A350 helicopter training devices outfitted with analog or digital instrumentation.

John Frasca, the company’s current president and Rudy’s son, explained in a previous article that demand for simulators is strong because collegiate flying schools have upgraded their training device fleet to keep up with new models of training aircraft. He also noted the transition from analog to digital glass cockpits in legacy aircraft and cited an ongoing demand for engineering evolution as training programs, government regulations, and the digital environment mature.

Despite consolidation elsewhere in the aviation industry, Frasca International has remained true to its family heritage. David Frasca is the director of strategic planning, Bob Frasca serves as project manager, Peggy Frasca Prichard is the advertising manager, and Tom Frasca is the airport manager at Frasca Field in Urbana, the company’s headquarters. Two other children have retired and Rudy’s eldest son Joe Frasca was killed in a 1991 aviation accident.

To date, the company has delivered 2,700 devices to 70 countries and has 140 full-time employees.