Get the app Get the app
Already a member? Please login below for an enhanced experience. Not a member? Join today
News & Videos FAA issues revised Alaska restricted airspace plan

The FAA has issued a scaled-back proposal to establish new restricted airspace near Fort Greely, Alaska, in response to strong opposition from AOPA and the Alaska general aviation community that followed the plan’s introduction last year. 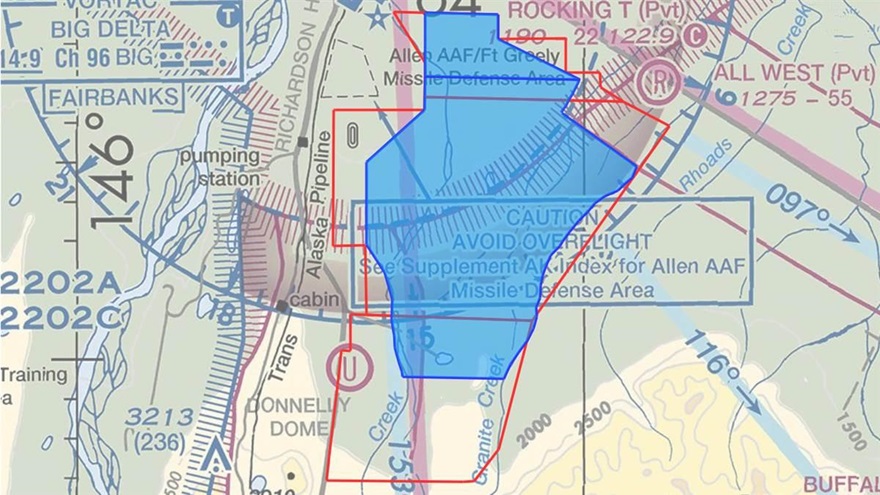 AOPA encourages pilots to comment on the supplemental notice of proposed rulemaking for the proposed restricted area, designated R-2201, by Feb. 26 as provided below.

In March 2017, the FAA published a proposal to establish the restricted area for joint military use involving hazardous activities in an area already bordered by large blocks of special-use airspace.

The plan generated concerns from GA pilots that more restrictions in the area would limit pilots’ ability to maneuver safely in the airspace southeast of Fairbanks, limiting pilots' access to a major mountain pass in an area where weather conditions can change quickly.

In April 2017, AOPA objected to the proposal in formal comments, noting that it would constrain GA’s ability to use Isabel Pass—which connects interior and south-central Alaska and offers one of the lowest terrain routes through the Alaska Range.

“Pilots regularly navigate using the Richardson Highway and Trans Alaska Pipeline as their guide to traverse the mountain valley that has precipitous terrain on either side,” wrote Rune Duke, AOPA director of airspace and air traffic. 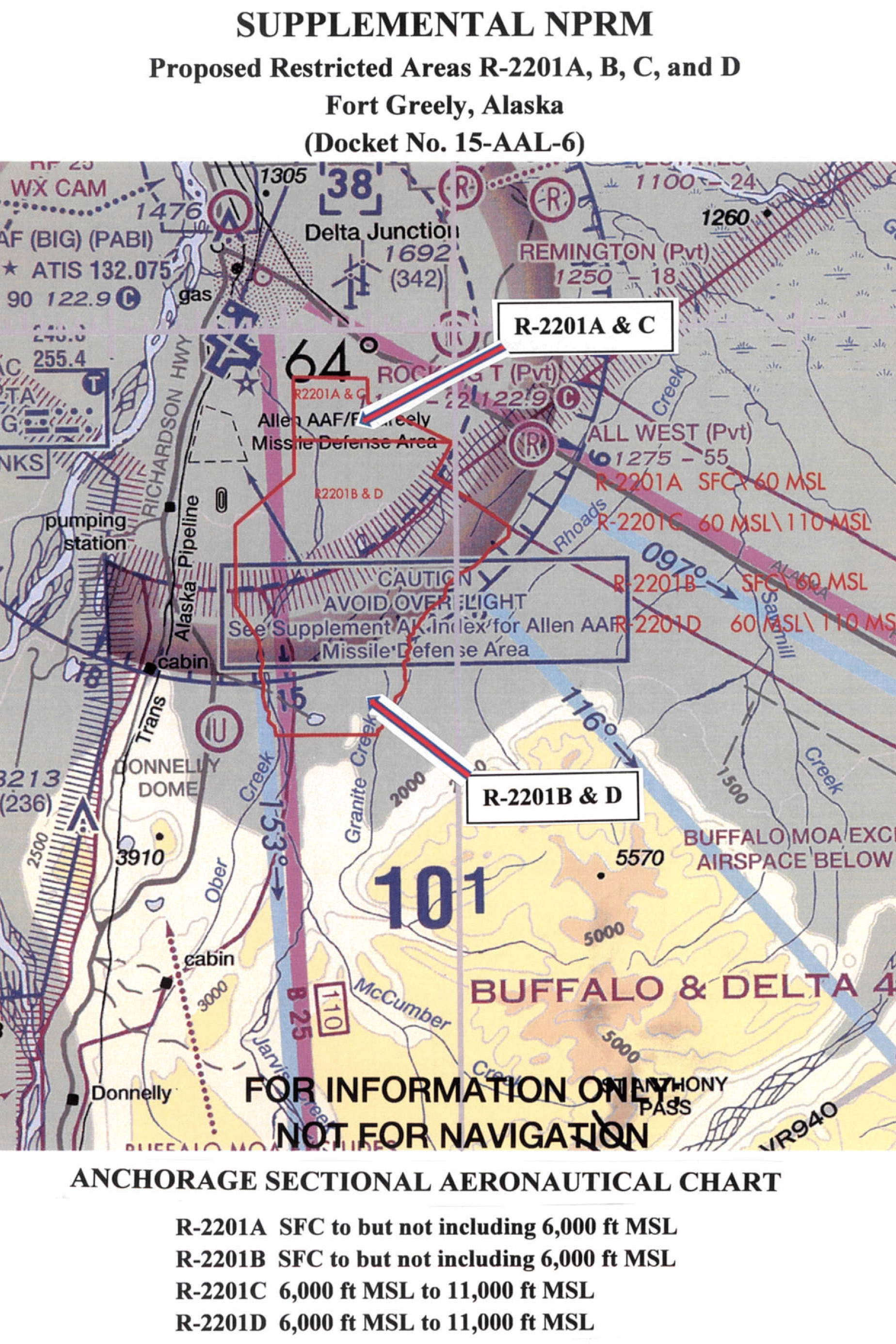 All 39 parties who commented on the proposal were opposed to it. Some of the concerns focused on IFR operations that would also be compromised because operators relying on single-engine piston aircraft stood to lose access to airways offering the area’s lowest minimum en route altitudes.

AOPA subsequently reached out to military officials to address GA’s concerns. These efforts culminated in a safety panel last July at which the Army and FAA sat down with stakeholders to address the hazards, resulting in the revised airspace boundaries that are now under consideration.

“It is clear the joint effort by AOPA and Alaska Airmen Association to engage with the Army has had a positive impact,” Duke said. “The lateral reductions are responsive to our request, and other concessions have been offered, including reduction of the airspace’s vertical extent. There are also improvements in VFR transit corridors—and instead of notices to airmen being issued for blanket 12-hours-a-day activity, airspace-activation notams will be issued on four hours’ notice.”

AOPA “appreciates the military’s willingness to work with us in scaling back this proposal, but we still have some concerns, so AOPA is urging pilots to review the revised proposal and submit their comments to the FAA,” he noted.