A Facebook group started in 2012 by pilots in the Pacific Northwest has grown to more than 11,000 aviators across the country, using social media as a tool to bring pilots together to enjoy aviation in one another's company. 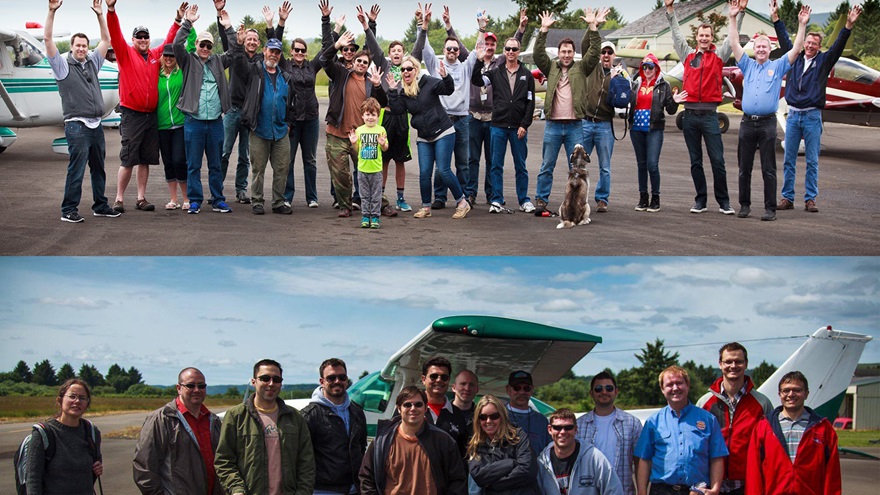 Brice Van Baren, an IT professional who created a group on Facebook and started gathering fellow aviators around the virtual campfire—and at real-world airports—five years ago, remains a prime moving force behind the online community, though he resists being labeled a “leader” and credits the many volunteers who have stepped up to serve as administrators and help maintain an inclusive, welcoming, and accessible online community. He had long planned to help spread the concept.

“We thought we’re doing something so fun and epic here in the Pacific Northwest, let’s try to see if we can expand this to other regions that need it as well,” Van Baren said in a recent interview. The nine regional groups now established on Facebook under the Flights Above banner are (somewhat loosely) based on how the National Oceanic and Atmospheric Administration has divided the country based on climate and weather patterns, which Van Baren said made sense for grouping aviators in an online community.

“We fly within those (weather) patterns,” said Van Baren, who does most of his flying in the Seattle area, though he expects to visit others in 2018 as the group launches events and gatherings across the country. “I can’t relate to the weather patterns in Florida, for instance.” Local knowledge of weather, climate, terrain, airports, and other factors relevant to aviation helps feed interest in the group dynamic, since pilots who join can draw on the collective expertise and knowledge of each group.

The keys to the growth and success, Van Baren said, are not so much the local knowledge as something more basic: a shared love of and passion for aviation, and a desire to share that passion with others who feel the same. 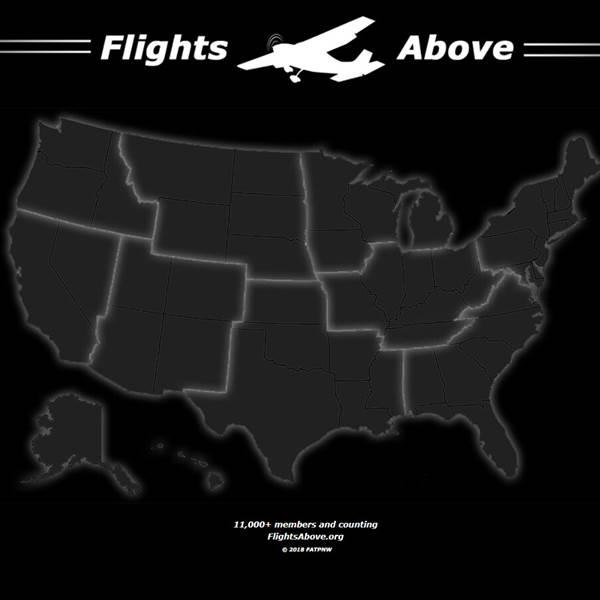 Nearly two dozen like-minded aviators have stepped up to administer the groups, a volunteer post that is crucial to a healthy social environment. They are quick to remind anyone who forgets that all pilots are welcome, even drone pilots. Van Baren said that there was some pushback on that last point, but he and fellow group administrators “nipped it in the bud,” creating a graphic to post when needed that reminds members that all pilots are welcome, regardless of what they happen to fly.

“We all have the same love for flying craft,” Van Baren explained. “We need to work together to make it safe for everyone.”

Working together is very much a part of the model, and Van Baren and his fellow administrators have tapped into a desire among many pilots to share the love of flying.

“I think the recipe… it’s still the people themselves. That’s what the core is,” Van Baren said. “It still boils down to them. FATPNW or Flights Above is not about Brice. It’s for pilots to be connected socially.”

The growth of the effort has come with some expenses. Van Baren and his fellow volunteer administrators organize gatherings, print stickers (which have become coveted prizes for many members) and shirts, and market the group to spread the word. That all adds up, and Van Baren said he found himself spending thousands of dollars a year. So, in February 2017, he created a “premium” membership that costs $99 a year and gives subscribers access to discounts and deals offered by participating aviation businesses.Van Baren worked with Skyvector to create an app that pilots can use to share short-term plans and arrange meetups, as well as find those business partners and deals.

“It’s not for Brice to get a new Cessna,” Van Baren explained. “Until Premium, I paid all this with my own money.”

He is determined that the group will remain “free forever” for pilots to join, and hopeful that the eight regional groups created in recent months and years will catch on in the same way that Flights Above the Pacific Northwest did. Van Baren plans to announce some new developments at the upcoming Northwest Aviation Conference and Trade Show Feb. 24 and 25, including events to be established in each of the Flights Above regions, along with an updated app.

Van Baren said he is particularly pleased that, so far, women account for about one in five members, and at least one woman is among the administrators for each regional group. Van Baren said that promoting and including women is critical to the mission, in keeping with the inclusive and diverse nature of the social aviation movement he hopes to foster and grow well into the future.

“The aviation world is too macho. There are way too many guys,” Van Baren said. “We need women to balance things out … and they’re just more fun.”

Van Baren hopes that future pilots will make social connection a part of their flying life from the start, and that every new pilot will join three groups: AOPA, the Experimental Aircraft Association, and their regional Flights Above group. That, he said, is “my dream.”