Bell staked a claim as the first helicopter maker to exhibit at the recent Consumer Electronics Show, and joined a growing list of manned aircraft manufacturers working to make pilots optional. 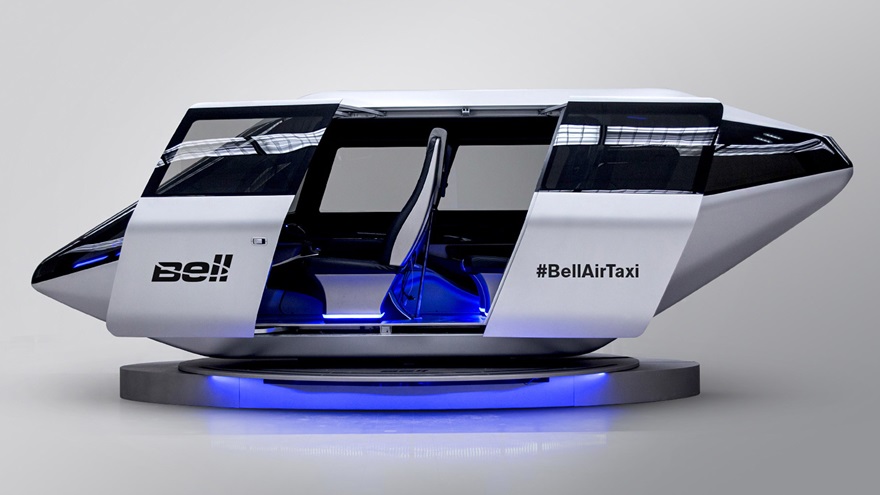 Bell Helicopter displayed at the Consumer Electronics Show this cabin and fuselage mockup of a future air taxi design with four seats that is in development. Image courtesy of Bell Helicopter.

While most experts agree that true autonomous flight is still years away, that’s mostly because of the regulatory and public perception challenges that will have to be overcome to pave the way for a new generation of aircraft flown by computers alone. The basic technology has been around for years, developed in both manned and unmanned contexts. Many of the new concept aircraft designs are coming from drone makers scaling up, while the more traditional end of the industry is also looking to either scale down, or adapt manned designs for unmanned use.

The list of traditional aircraft makers developing unmanned or pilot-optional versions of their designs has grown to the point where it’s hard to find a company that’s not pursuing this path.

Lockheed Martin, which purchased Sikorsky in 2015, has been testing and demonstrating unmanned versions of manned helicopters since 2010, and showed off mature versions that are now in military service overseas at a 2016 conference focused on unmanned aircraft integration and traffic management.

Aurora Flight Sciences, which has been integrating remote-controls into traditional manned aircraft like the Diamond DA42 for several years, became a Boeing subsidiary in November. Boeing engineers unveiled their new heavy-lift cargo drone design Jan. 10, a strictly utilitarian design able to lift 500 pounds. The Aurora acquisition also contributes to positioning Boeing to be among the major players vying for a slice of a brand-new aviation market: personal, on-demand air transportation. 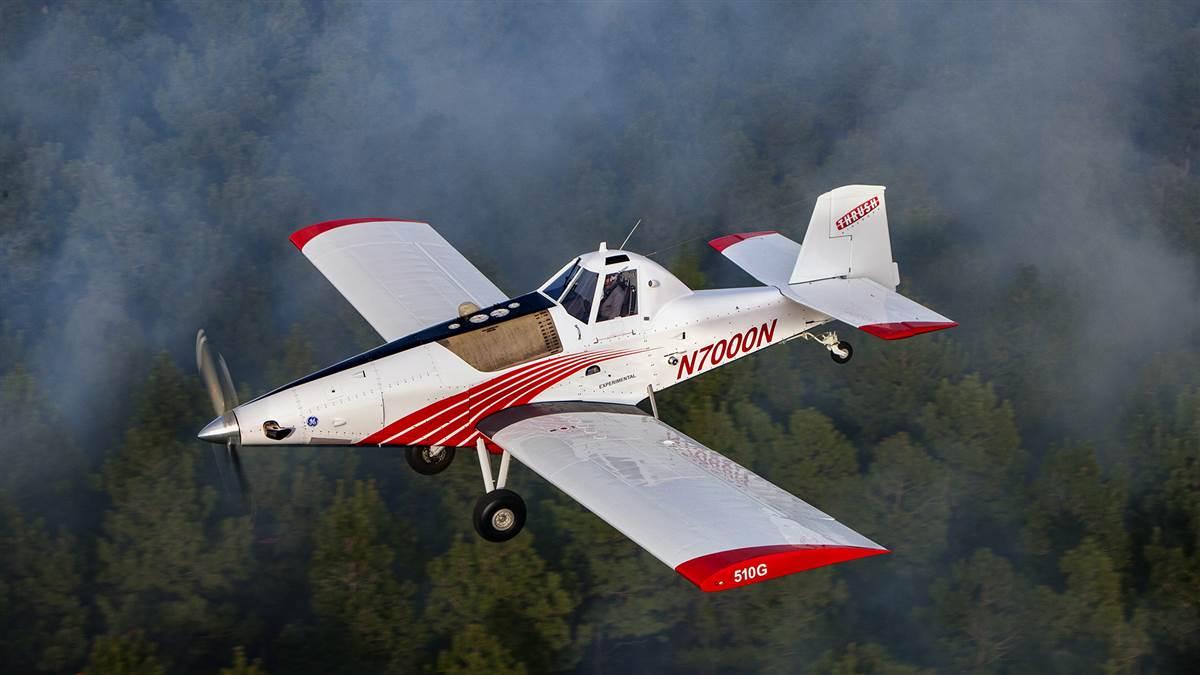 Ridesharing giant Uber has forged partnerships with or stimulated efforts by Bell, Boeing (via Aurora), Pipistrel, Embraer, Airbus, and others, hoping to create a distributed network of small aircraft that can whisk people across cities, landing on rooftops and small fields. Adapting manned aircraft for unmanned operation will also likely impact other missions, such as aerial application. Thrush Aircraft, the Georgia firm that makes turboprop air tankers for agriculture and firefighting, announced Jan. 12 a partnership with Drone America to develop what they hope will be the world’s first unmanned air tanker.

Mike Richards, president and CEO of Drone America, explained the move in a joint press release: “We founded our company on the belief that highly-reliable, well-integrated autonomous systems can significantly improve public and environmental safety. Our collaboration with Thrush represents a major step forward in achieving that goal, and we’re excited to be joining forces in the fight against one of our country’s most challenging foes: wildland fires.”

Thrush noted that an unmanned air tanker could carry out night operations, when manned air tankers are grounded, and take advantage of cooler temperatures and reduced fire activity.

“Thrush prides itself in continuously bringing the highest levels of innovation and value to our industry—and joining in the fight to better control wildfires from the air is in perfect alignment with our recent introduction of the 510G Switchback and its advanced manned-aircraft firefighting capabilities,” said Thrush CEO Payne Hughes.

The companies also will explore other unmanned, heavy payload applications such as disaster relief and maritime patrol.

Bell Helicopter CEO Mitch Snyder, who made an appearance at the Consumer Electronics Show in Las Vegas, said the paradigm shift is well underway.

“Bell Helicopter is innovating at the limits of vertical flight and challenging the traditional notion of aviation to solve real-world problems,” Snyder said. “The future of urban air taxi is closer than many people realize. We believe in the positive impact our design will have on addressing transportation concerns in cities worldwide.”