Get the app Get the app
Get the latest news on coronavirus impacts on general aviation, including what AOPA is doing to protect GA, event cancellations, advice for pilots to protect themselves, and more. Read More
Already a member? Please login below for an enhanced experience. Not a member? Join today
News & Media High school teachers ‘spicing up’ aviation education

More than two dozen high school teachers who participated in AOPA’s 2017 field test of relevant and fun ninth-grade science, technology, engineering, and math (STEM) aviation-based curriculum were so happy with the program that they asked for more. 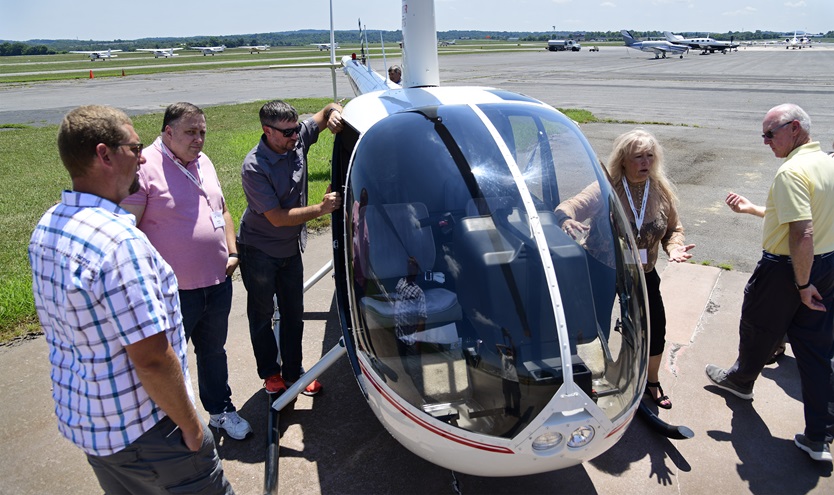 The AOPA You Can Fly High School Initiative ninth-grade STEM curriculum was tested in 29 high schools during the 2017-2018 school year. It has proved popular with teachers and students alike because it engages youth with hands-on activities and exposes them to the world of aviation and potential careers. The program, created in partnership with educators, curriculum developers, and aviation experts, offers four-year study options in aviation career pathways and is aligned with rigorous math and science educational standards already in use.

Each career pathway includes specialized course work building on the skills and knowledge developed at each grade level, while making math and science more relevant and fun. Schools may elect to implement one or more complete pathways, or select courses of their choice.

Teachers who taught the first year of the pioneering program gathered at AOPA’s Frederick, Maryland, headquarters July 10 through July 13 to take the learning experience up a notch as the tenth-grade curriculum was introduced to them. 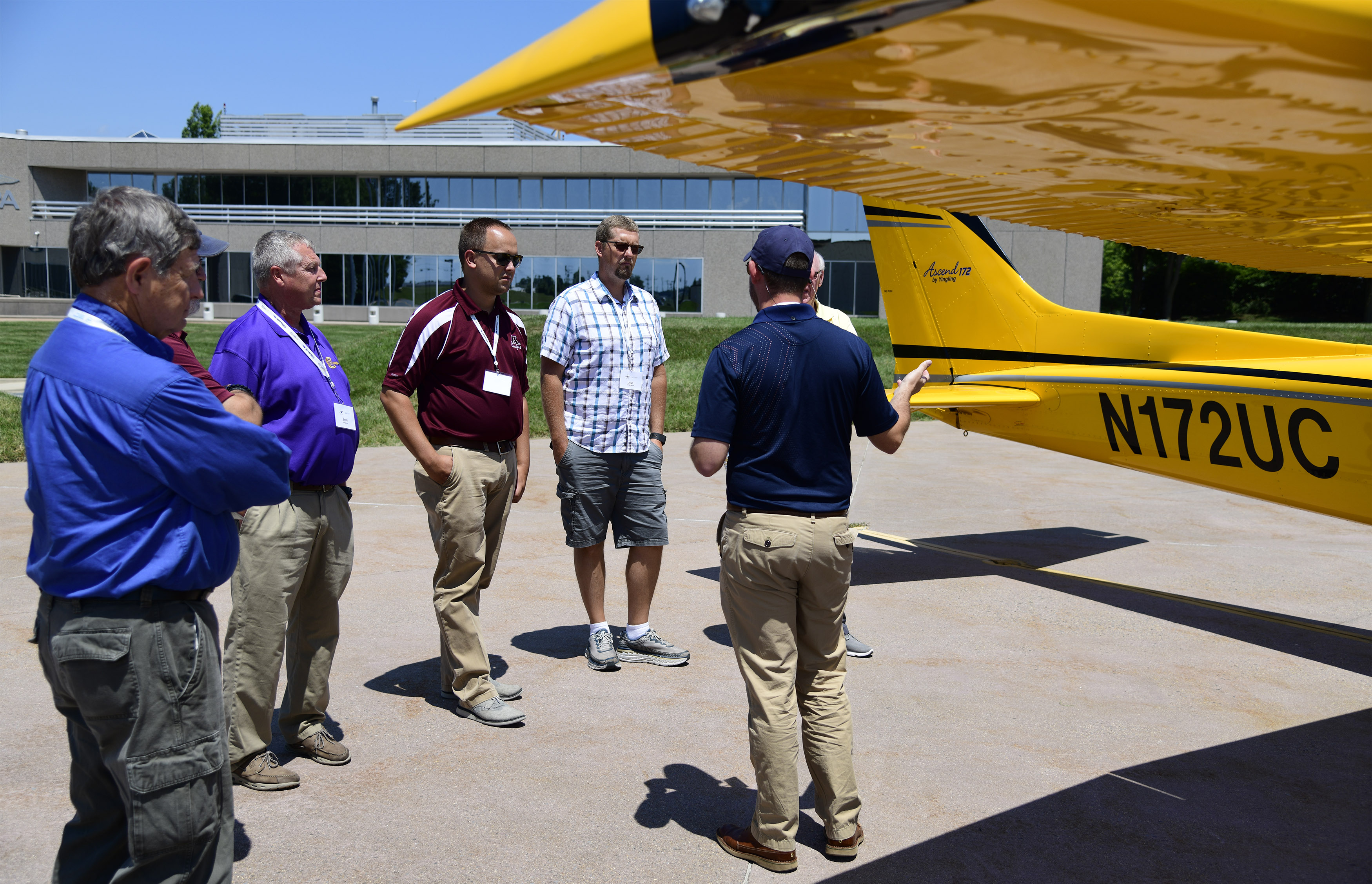 They learned more about airplane and helicopter systems, participated in hands-on preflight demonstrations with a Robinson R44 helicopter, Cessna 172 and Beechcraft Sierra airplanes, and Redbird FMX full-motion simulators. The hands-on demonstrations continued with drone flying techniques, and some teachers went up for flights in general aviation aircraft. Theories of lift, aviation medical requirements, weight and balance, and principles of aircraft engineering were made fun and engaging to capture students’ attention.

“I want to spice up what they learn in eighth grade,” said Steubenville, Ohio-based Natalie Campana, a pilot and a teacher who wants to build excitement before students enter high school. “I want them to be engaged, motivated, and excited so that they sign up for the career pathway program” that AOPA offers free-of-charge to high schools that apply for it.

“We have several students who want to become military pilots, air operations people, or aerospace engineers,” Steubenville added. She said student Clayton Criss, who is also the football team’s quarterback, has begun flight training at the local airport because of the jump start received during the AOPA You Can Fly curriculum. “We have an excellent blend of females in the program, too,” she added. “It’s about fifty-percent and they are very meticulous.”

Her school counts partnerships with the Ohio Valley Airport, Pittsburgh International Airport, and Jefferson County Airport’s Pier Aviation as crucial spokes in their circle of learning. “We love it and this curriculum is just amazing, it’s really a blessing. Our principal sits in on some of the aviation classes, and he even asks questions!” she exclaimed. “The kids just love it and it really feels like a family affair. It adds so much value to their education.”

Teacher Scott Simpson, of Marion, Indiana, agreed: “We didn’t have anything on our books that fit the second-year waiver [for aviation studies] so we had to write something up ourselves.” He suggested to the group that close ties to former students could become a “very valuable resource” and lead others to the aviation program or to careers as mechanics, air traffic controllers, pilots, airport managers, or aviation business personnel. 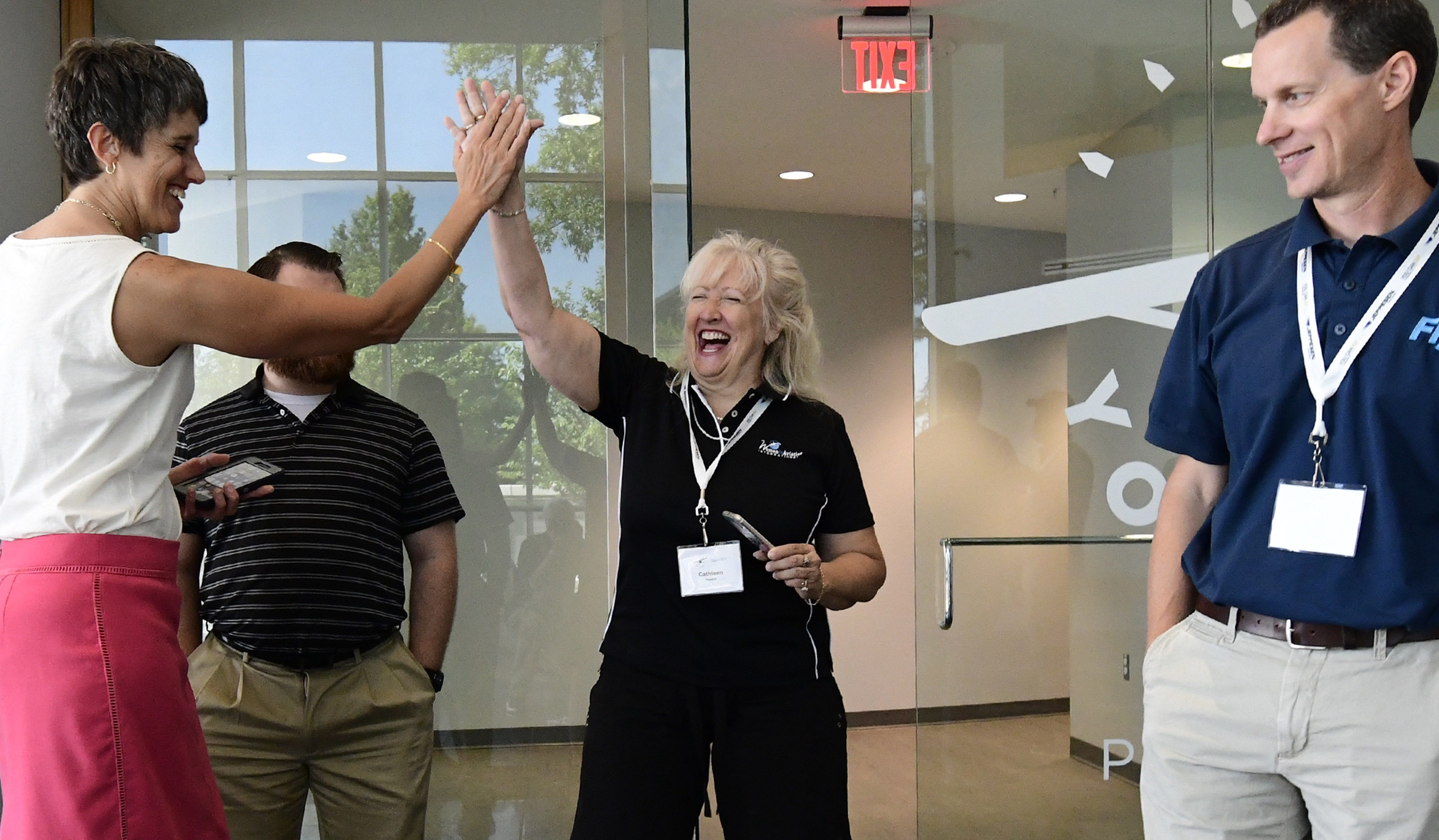 Bob Hoover Academy teacher Christian Lamonea, from Salinas, California, is a student pilot himself and he said he can relate to many of the questions his students ask. “Hey, we’re going through this together, so I’m learning as we go, too.”

McKinney High School teacher Nathan McAfee tested the ninth-grade curriculum during the 2017-2018 school year and he was fired up about the program’s next phase. Visitors to the suburban Dallas high school’s early morning aviation class noticed the hands-on projects and group discussions kept students awake and engaged, rather than nodding off at their desks.

“I’m really excited because the AOPA first-year program was so complete,” McAfee said. “What I’m happy about is that it gives you a more complete view of the world of aviation instead of just becoming a pilot. We look to inject as many options for an aviation career as possible.”

McAfee said the class’s best field trip was to the air traffic control tower. “The way I figure it, is that for every pilot there’s probably 42 support personnel behind them” he theorized, noting that it takes a village to keep a pilot in the air.

Students at the Texas high school have completed the construction of one Van’s Aircraft RV-12 and are deep into building another one, said McKinney aviation instructor Todd Curtis, who lends a hand and encouragement to several dozen students in the program who have punched rivets, wired avionics, and plumbed hydraulic lines during the light sport aircraft builds. Curtis praised the program for building teamwork and inspiring confidence. The aviation experience spurred three McKinney graduates to pursue aviation degrees from Ohio State University, and the freshmen are currently rooming and flying together. 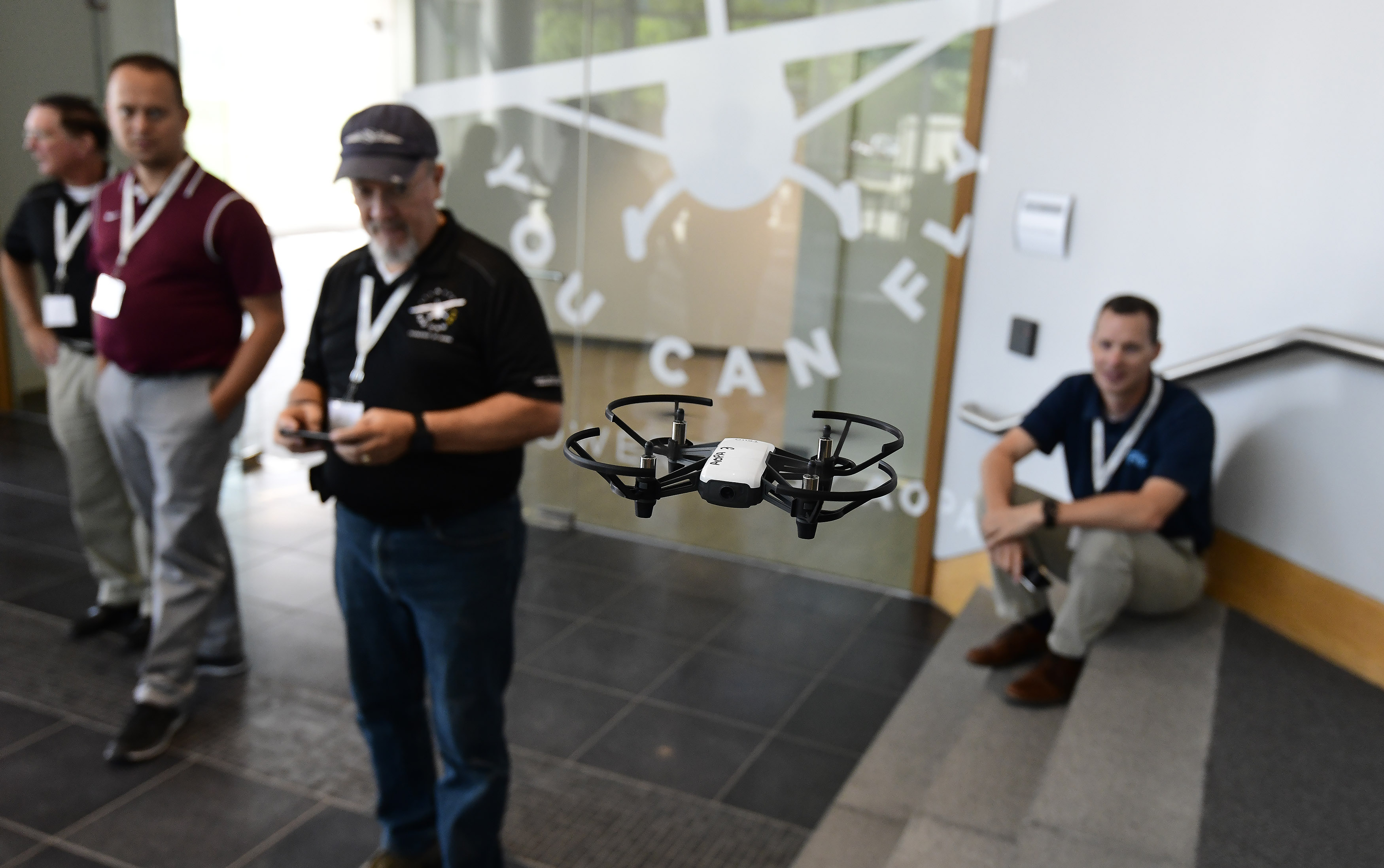