Get the app Get the app
Get the latest news on coronavirus impacts on general aviation, including what AOPA is doing to protect GA, event cancellations, advice for pilots to protect themselves, and more. Read More
Already a member? Please login below for an enhanced experience. Not a member? Join today
News & Media Airvan 10 crashes during spin test

A GippsAero GA10 Airvan crashed near Mojave, California, on June 4 during spin certification testing, according to several news reports. 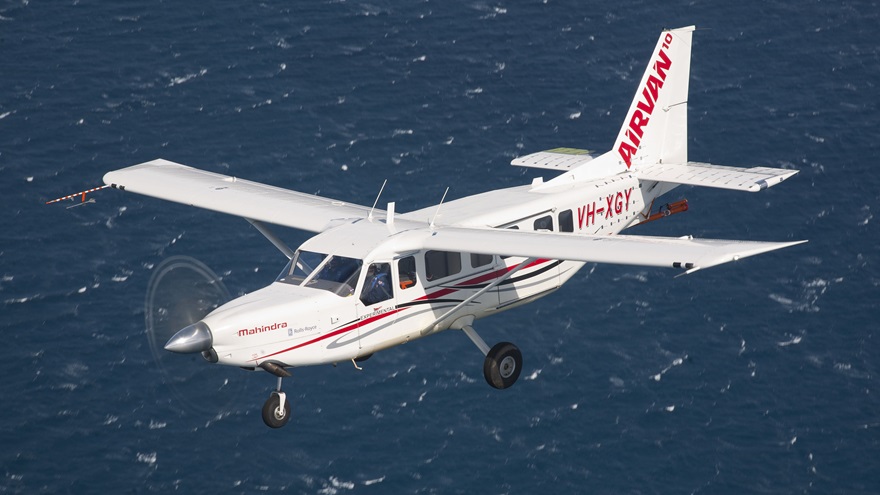 Two pilots on board parachuted to safety. Both were unharmed, the National Test Pilot School, which was providing test and chase support to GippsAero, reported in a tweet.

The 10-seat single-engine turboprop manufactured by GippsAero in Australia took off from the Mojave Air and Space Port. The crash occurred near Edwards Air Force Base, said a local newspaper account that included a GippsAero spokesman noting that “all safety systems worked as planned.”

In June 2017, AOPA reported that the 145-knot, 245-shaft-horsepower Airvan 10 had received U.S. and Australian Part 23 type certificates. The aircraft is an unpressurized, stretched version of GippsAero’s Airvan 8, an eight-seat piston single powered by a 300-hp Lycoming IO-540 engine, of which approximately 240 are in service worldwide.

The utility Airvan 10 is designed for cargo hauling, medevac, and surveillance operations, and is suited for operating from unimproved airstrips in remote areas.

Mahindra Aerospace of India is a majority shareholder of GippsAero, based in Morwell, Victoria, Australia.