Get the app Get the app
AOPA will be closing at 2:30pm ET Wednesday, November 23rd, and will remain closed Thursday and Friday in observance of the Thanksgiving holiday. We will reopen Monday November 28th at 8:30am ET.
AOPA Members DO more LEARN more SAVE more - Get MORE out of being a pilot - CLICK HERE
News & Media NASA quiets aircraft approach

Recent NASA flight tests validated a 70-percent reduction in airframe-generated noise from a Gulfstream business jet during approach and landing, thanks to a combination of modifications to the flaps and landing gear. 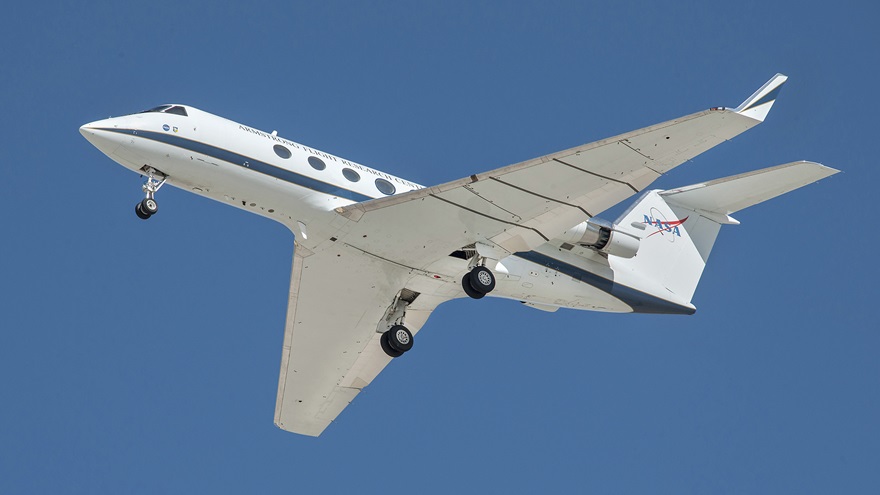 The Acoustic Research Measurement program has been developing aircraft modifications to reduce noise generated by non-propulsive aircraft components, and the May flight tests conducted at the NASA Armstrong Flight Research Center in California included approaches and landings over a microphone array. Aircraft modifications included installation of the Adaptive Compliant Trailing Edge flaps developed by NASA in conjunction with FlexSys, the private company that has worked for years with NASA engineers and scientists to create this variation on wing morphing that increases efficiency and reduces noise.

The NASA Gulfstream jet was also fitted with landing gear fairings made with tiny holes on the leading edge that, along with other design elements, contribute to a reduction in noise, along with gap seals that are also used with the flaps.

“The number one public complaint the Federal Aviation Administration receives is about aircraft noise,” said Mehdi Khorrami, an aerospace scientist at NASA’s Langley Research Center in Virginia, and principal investigator for Acoustic Research Measurement, in a NASA news release. “NASA’s goal here was to reduce aircraft noise substantially in order to improve the quality of life for communities near airports. We are very confident that with the tested technologies we can substantially reduce total aircraft noise, and that could really make a lot of flights much quieter.”

Porous landing gear fairings are not a new concept, NASA noted, though researchers at the aerospace agency used computer simulations to achieve what they believe is the maximum possible noise reduction without additional aerodynamic drag.

“This airframe noise reduction produced by NASA technology is definitely momentous, and the best part is that it directly benefits the public,” said ARM Project Manager Kevin Weinert, in the news release.