Get the app Get the app
Already a member? Please login below for an enhanced experience. Not a member? Join today
News & Media Safety through confidentiality

Want to get a laugh out of Linda Connell? Tell her there seems to be a lot of traffic in and out of Airport ZZZ these days.

Airport ZZZ is an aviation in-joke. The place doesn’t exist except within the Aviation Safety Reporting System, where it appears as a generic, anonymity-protecting location identifier in reports filed by pilots and others who flag unsafe situations in the air traffic system—sometimes out of a pure concern for safety, and sometimes to gain immunity from an FAA enforcement action.

In early 2018, Connell retired from her post as director of ASRS, the entity most pilots recognize vaguely as the repository of those immunity-conferring “NASA reports,” so-called because ASRS resides within the National Aeronautics and Space Administration, not the FAA, to preserve a buffer between those who report system-safety lapses and those who police aviation. On Connell’s retirement, Becky L. Hooey Ph.D. of NASA’s Human System Integration Division became acting ASRS director.

The ASRS’s confidentiality-based reporting venue was skeptically received early on, but the concept has proved vital to bringing systemic risk out of the shadows. Connell has been a proud defender of it in public appearances, media interviews, and testimony before Congress.

How that system emerged from a tragic airline accident in 1974 is a story any aviator should know, just as Connell’s account of how a registered nurse turned psychologist turned statistician came to spend much of her career directing the ASRS is a motivating and inspiring narrative.

Connell was winding up her last week on the job when I contacted her to set up a phone interview. I was looking forward to our chat because I have spent countless hours pearl-diving in the ASRS online database while digging for subject matter for flight training and accident-analysis articles. Talking to the director would be a chance to say thank you, and to learn exactly what makes ASRS tick.

When we finally connected, Connell observed that being new on a job is always a little awkward, and retirement was proving no exception.

“I don’t think anyone ever gave me a briefing on this,” she said from California. “I don’t have anything, exactly, to do. I lose track of days, lose track of time.”

Hearing that made me feel less guilty about getting her on the line to talk shop so soon after her abrupt transition from directing the daily data-crunching that produces ASRS’s analytical outputs. She seemed gratified to learn that ASRS material has been a useful resource in AOPA’s mission to advocate for safety. And she agreed that Airport ZZZ is a hopping place.

Over the next hour or so, she looked back on her 37 years with NASA, first as a human-factors researcher, and later as ASRS director. Her satisfaction comes from knowing that every time you fly, the ASRS is making you safer.

'Nobody aces my tests'

Connell retired Feb. 28 from NASA’s Aviation Safety Reporting System after 37 years with the space agency and 21 years as director of the ASRS. It was a career path she never imagined after graduating from college as a registered nurse. After working in nursing for years, focused on women’s health, Connell said, she came to believe that the role of a hospital nurse was changing with less focus on RNs providing direct patient care, with those responsibilities being shifted to “other staff at lower cost.” Connell returned to school on a clinical psychology track, where she came to discover she had a knack for statistics, “which was really an unknown to me.” “My statistics professor said, ‘You just aced my test. Nobody aces my tests and gets away with it. You see the numbers, don’t you?'”
The professor urged Connell to interview for a job at NASA, located nearby in Mountain View, California. She interviewed for two projects, with special interest in one providing an opportunity to do research on jet lag. For the next nine years she would study pilot fatigue and its influence on behavior, performance, and physiology. She was hired by the government in 1990. She also became a private pilot. She made the move to the ASRS in 1991 when the organization needed someone with a human-factors background to comb through data from reports, especially on pilot fatigue. There she applied her data-driven approach to extracting meaning from aviation safety reports, at one point noting to the FAA that ASRS, with its assurance of confidential safety reporting, was receiving more reports on near-midair collisions than the FAA was.

If you observe the sterile cockpit rule, you are adopting a safety procedure that emerged from ASRS reporting.

If an air traffic controller has ever instructed you to maintain an assigned IFR altitude, followed by the words, “Cleared for the approach,” give credit to ASRS for helping to pinpoint the need for the clarity of that phraseology; its lack contributed to a 1974 airline tragedy.

If you have ever filed an ASRS report, you are quite literally one in more than a million. The number of ASRS reports filed since inception passed the 1-million mark in 2012. In 2017 alone, ASRS took in 94,302 reports—that’s more than 1,800 per week.

If you have ever wanted to file a NASA report but hesitated because the event did not involve broken rules or blown procedures, next time go ahead and file. It’s a myth that most reports are filed for their conditional immunity-from-enforcement benefit; about 42 percent of reports have nothing to do with infractions.

“People send us anything they see that might be unsafe. It’s true safety reporting,” Connell said.

The volume of ASRS reports breaks records each year, so it would be natural to assume that an organization with the noble mission of promoting flight safety through the free and confidential flow of sensitive information enjoys budget growth to keep pace. You’d be wrong. ASRS, which is based at the NASA Ames Research Center at Moffett Field in California, has been flat-funded since 1997, she said.

‘We knew this was going to happen’

There was no such mission in place on Dec. 1, 1974, when TWA Flight 514, a Boeing 727 en route from Indianapolis to Washington, D.C., was diverted from arriving at Washington National Airport to Dulles International Airport because of crosswinds during an intense storm.

After being cleared for a VOR/DME approach to Dulles and following discussion between the crewmembers during the very bumpy ride about the proper altitude to descend to, based on the clearance, the airliner hit a ridge about 25 nautical miles west of the airport, killing all 85 passengers and the seven crewmembers.

Not everyone was surprised that something had happened. United Airlines, which had experienced an incident in October 1974 that ASRS said “foreshadowed” the TWA crash, “stepped forward” to note that some of its crews also were confused by approach-clearance language—and that the airline had said so to the FAA.

“The FAA said it didn’t know what to do with the information,” Connell said.

But the problem was clear: “We have to stop hearing, ‘We knew this was going to happen.’”

In 1975, the FAA activated an Aviation Safety Reporting Program, but after six months, it had taken in no reports.

According to Connell, “ALPA (the Air Line Pilots Association) said if you want a system, you cannot be the recipient of the information.”  ALPA advocated for NASA to act as a reporting system’s custodian.

James Dow, then the FAA’s deputy administrator, understood the value of confidential reporting to safety, and acted on his conviction. “He saw the vision. I give him a lot of credit,” Connell said.

Despite a "significant bureaucratic battle,” Dow insisted that immunity incentives be established and made “really strong to get people to talk about what’s going on,” Connell said.

NASA-Ames already had a human-factors branch and had started work on a voluntary “any mouse” (anonymous) safety reporting system styled after a military model. In April 1976, ASRS was established under a memorandum of understanding between NASA and the FAA, to collect, analyze, and respond to voluntary reports that would be used to identify system deficiencies and discrepancies. A focus of ASRS’s data-analysis products is human performance in the aviation environment.

Connell also notes that legislation provided strong assurances that ASRS would remain a safety-reporting sanctuary by specifying NASA as the recipient—not simply some “third party” outside the FAA. That wording built “the trust which they knew was a big feature in this,” she said.

How a NASA report becomes data

When you file a NASA report (online or on paper), it receives a time-stamp. Next, at least two analysts review it and identify the hazard it conveys—a process Connell describes as finding the “hidden safety gems” in reports. 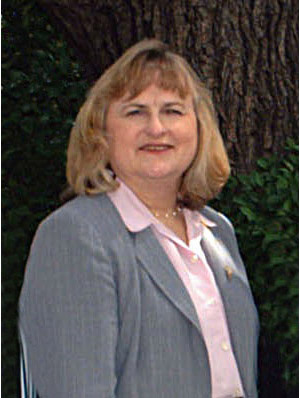 Issues falling into one of seven categories requiring immediate action are flagged; those could generate an ASRS “alert message” to the FAA or another party. After the screening, reports become incorporated, minus all information identifying the filer, in the database, where recurring themes or new trends may be first spotted.

If you have searched the ASRS’s online databases for causes of piloting errors, air traffic control glitches, or other system breakdowns, you have likely been impressed by the number of reports that turn up depending on the search term you use. But the online reports, selected by the expert reviewers, make up about 7percent of the total received.

As for confidentiality, “More than one million reports have been submitted to date and no reporter's identity has ever been breached by the ASRS.”

‘A cadre of young pilots’

Some staffers “have human factors and psychology research experience in areas such as crew resource management, training, fatigue, user interface design, usability evaluations, and research methodology.” Some of those involved in initial report screening are from what Connell describes as a “a cadre of young pilots from San Jose State University.” They are getting top-notch experience working with the program as they pursue their academic goals.

In general, staffers have “been there and done that in aviation,” making them empathetic and knowledgeable reviewers, Connell said.

When the glare from a “super bright” array of large mirrors used as part of a solar electricity generating plant in the California desert was sending blinding beams of light into cockpits of aircraft flying in the area, reports flowed to the ASRS, which issued a safety alert.

The notifications about the solar array, which the FAA had approved, also made their way to the California Energy Commission. Eventually the solar array’s mirrors were repositioned so that they no longer deflected sunlight out randomly into space—a method used when some of the output wasn’t needed to heat up an electricity-generating medium. The complaints ebbed.

“If ASRS didn’t exist, how would we have learned about this issue?” Connell said.

Connell used the case as an example to explain the ASRS’s role as an organization that may alert other parties to the safety concerns it uncovers but does not issue independent safety recommendations.

The ASRS’s Safety Alert Messages—of which more than 6,200 had been issued by 2016—“are the closest thing to a recommendation,” she said.

Rather, the information ASRS gathers is published “to a public website that everyone can use to provide improvements,” she said.