Get the app Get the app
Already a member? Please login below for an enhanced experience. Not a member? Join today
News & Media More New Jersey TFRs expected soon

President Donald Trump is expected to switch his weekend and vacation getaways from his Mar-a-Lago property in Palm Beach, Florida, back to his Trump National Golf Club in Bedminster, New Jersey, in late May. That’s when general aviation pilots can expect temporary flight restrictions (TFRs) to return to the Bedminster area’s airspace. 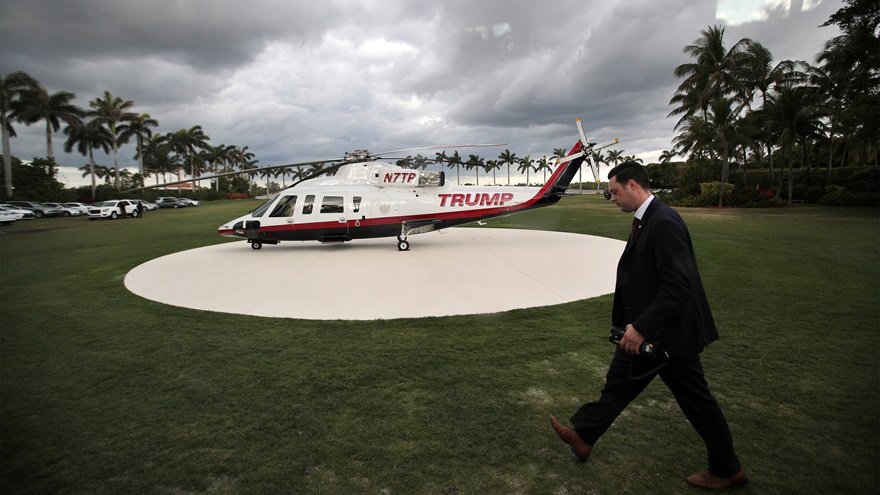 Security officials have informed AOPA that the 2018 TFRs will employ the same basic design as the 2017 restrictions, consisting of a 10-nautical-mile-radius inner core, a 30-nm-radius outer ring, and several cutouts for airports astride the outer ring’s boundary.

As was the practice last year, AOPA will confer regularly with the FAA, the Department of Defense, and the Secret Service, and conduct pilot outreach to help minimize the number of pilot incursions into active TFR airspace, said Nobuyo Sakata, AOPA director of aviation security.

The more TFR incursions are curbed, the less likely new restrictions will be imposed, she said. She cautioned pilots to check notices to airmen for any flights that transit, or come close to, the boundaries of TFR airspace, and to remember that TFRs may become activated or be reconfigured with little prior notice.

An incursion by a pilot who has not checked for TFR activity, or who penetrates the airspace because of uncertain navigation, could be intercepted by military aircraft.

Keep your pilot credentials and yourself out of jeopardy by knowing the status of the airspace for any flight, and by refreshing your understanding of intercept procedures. The procedures are presented in Chapter 9 of the Air Safety Institute’s Know Before You Go: Navigating Today’s Airspace interactive online course.

To review the basics: In a daytime intercept, two fighters would approach the offending aircraft from behind—perhaps with only one of them visible. That aircraft would rock its wings to communicate the interception. A GA pilot being intercepted should maintain a predictable altitude and heading. Do not descend. Acknowledge the fighter by rocking your wings; communicate with air traffic control; and communicate with the intercepting aircraft on 121.5 MHz. Comply with instructions, and land where directed.

Night intercepts use aircraft lighting for initial contact and nonradio communications, all as explained here.

AOPA supports security agencies in their work to protect the president and other officials. At the same time, the association is advocating strongly for cooperation in devising security operations that can proceed without the prolonged shutdowns of some aviation businesses and avoid the airport-access restrictions that TFRs often impose on local aviation communities.

Legislative efforts also are underway to ease the burden TFRs impose on small aviation businesses. On May 16, AOPA reported on the introduction in Congress of measures aimed at two kinds of TFR relief. An amendment to the FAA reauthorization bill would require the FAA to conduct a study and recommend procedures for allowing properly vetted pilots to fly during presidential TFRs. Also, the 2019 appropriations bill that emerged from the House Appropriations Committee includes $3.5 million in reimbursement funds for non-gateway airports and businesses that are required to close during presidential TFRs. AOPA believes both legislative proposals would go a long way toward helping the airports and businesses that take the economic brunt of aviation-security shutdowns.