Get the app Get the app
Already a member? Please login below for an enhanced experience. Not a member? Join today
We will be performing maintenance on our systems Sunday 9/19 from 12am to 6am ET. During this time, you may experience intermittent service outages. We appreciate your patience.
News & Media Questions about eVTOL practicality remain

Batteries alone may not be enough

Hardly a week now passes without fresh reports of a new milestone or corporate partnership or design concept for an electric vertical takeoff and landing (eVTOL) aircraft promising to soon whisk passengers between city rooftops high above the snarled traffic. Even if aviation regulations and laws are changed to facilitate an eVTOL future, the laws of physics and math may prove more problematic. 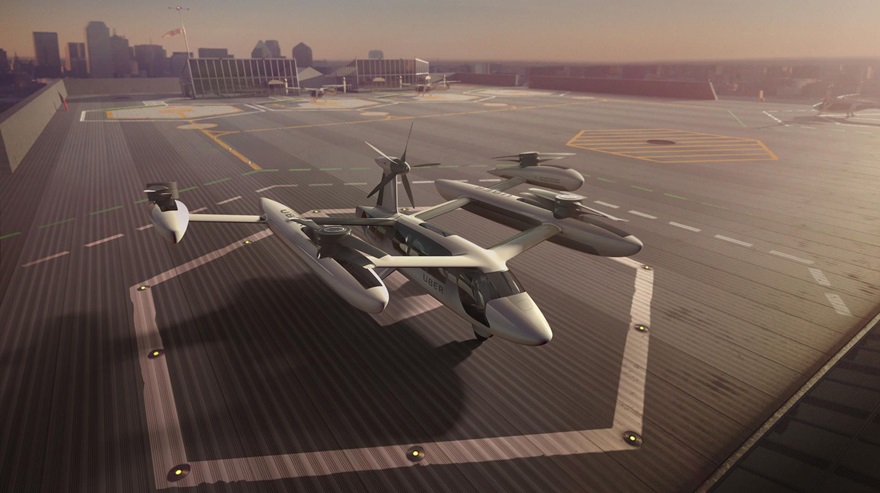 An artist rendering of an Uber eVTOL design concept. Image courtesy of Uber.

Ride-sharing giant Uber has drummed up plenty of enthusiasm for the concept of electric flying taxis, which the California company envisions deploying in cities to connect strategically situated rooftop “skyports” with flying machines that take off and land vertically on battery power.

This is all supposed to start around 2020, and many of aviation’s biggest manufacturers—the likes of Embraer, Boeing, and Bell Helicopter, among others—have assigned engineers to work up designs and prototypes. Bell and Garmin announced Oct. 2 they are teaming up on the avionics to support such a concept. In September, Bell announced it will partner with NASA to develop an eVTOL aircraft.

Not everyone is quite so enthusiastic this will actually work.

Arizona State University physics professor and AOPA pilot Peter Rez published an academic text in 2017, The Simple Physics of Energy Use, and, in 2018, a review in an academic journal (MRS Energy and Sustainability) that expresses doubt backed up by calculations:

“We can assess if air taxis are practical from the performance of existing small helicopters like the four-seat Robinson R44,” Rez wrote. “They are able to do trips of about 2.5 h with a tank of 50 gallons (190 L). The energy per unit mass of a battery is about 50 times worse than gasoline or jet fuel. If an electric motor were driving the rotor, it would be 3 times as efficient as a gas turbine, or an internal combustion engine operating in an optimal manner at peak operating temperature and rpm. Replacing the fuel with a battery would reduce the time for a journey to 10 min before a recharging is necessary. If more of the mass were devoted to fuel or battery then there would be less available for passengers (it is already a tight squeeze). The poor energy density of batteries compared to liquid hydrocarbons limits both the journey time and the range of an electrically powered helicopter or drone. Furthermore, as with the electric car, more time will be spent on charging the battery than actually making a journey.”

Ten-minute endurance, and no more? Say it ain’t so. Even in relatively compact cities, flights that short will fall short of being truly practical. 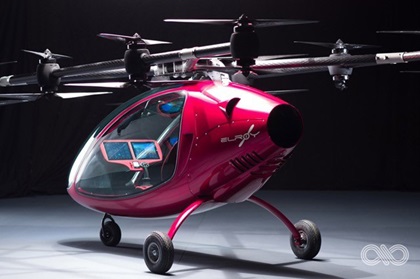 In a recent email conversation, Rez, who has been personally involved in the fundamental research of energy storage, was skeptical that new battery concepts being researched—redox flow batteries, for example—would solve the fundamental problem that batteries store far less energy than an equivalent mass of liquid hydrocarbon fuel, such as the avgas that powers his Mooney.

“For an electric airplane to be competitive batteries have to improve in energy density by a factor of about 50/3 ~ 16,” Rez wrote. “Can't see how this is going to happen. To bring about any significant improvement we need to move to lighter elements (not transitions). (I) thought I had a way of doing this. Worked great in theory, but bombed in the lab!”

That may explain why at least a few of those vying to snatch a slice of the eVTOL industry being pushed (hard) by Uber are not relying on batteries alone. Workhorse Group, an American firm developing the SureFly eVTOL aircraft, for example, has attracted investment for a concept built around a hybrid-electric powerplant, the startup announced in September. But Dallas-based Astro Aerospace is pressing forward (and publishing flight test video) with an eight-rotor, battery-powered aircraft that lifted off near Toronto in September.

It may prove telling that the edited video lasts 59 seconds, and there is nobody aboard. In a news release, the company reported that the test flight lasted four minutes and 30 seconds, and that the vehicle will ultimately have a 25-minute flight time with a top speed around 44 mph. That might be enough to make eVTOL practical, but the proof has yet to be seen, as AOPA Editor at Large Tom Horne recently noted.

The contrarians await further proof of this concept. 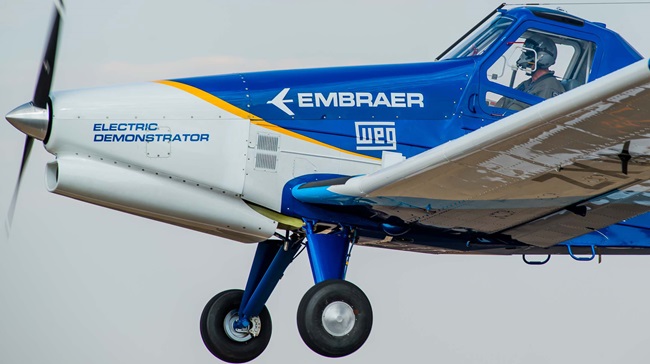 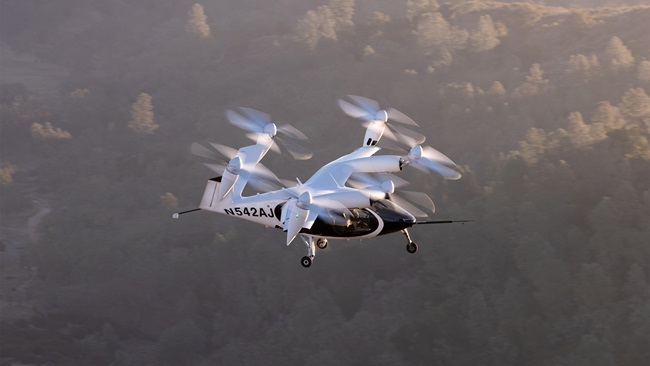