Get the app Get the app
Already a member? Please login below for an enhanced experience. Not a member? Join today
News & Media One versatile drone with manned ambition

One versatile drone with manned ambition

Daniel Lubrich is well aware that starting from scratch a business that aims to tangle with aerospace giants like Airbus, Bell, and Lockheed Martin is ambitious enough by itself, much less aiming to one day certify an aircraft unlike any that has flown people before. He started by building a crowdfunded drone, but that’s only the first step. 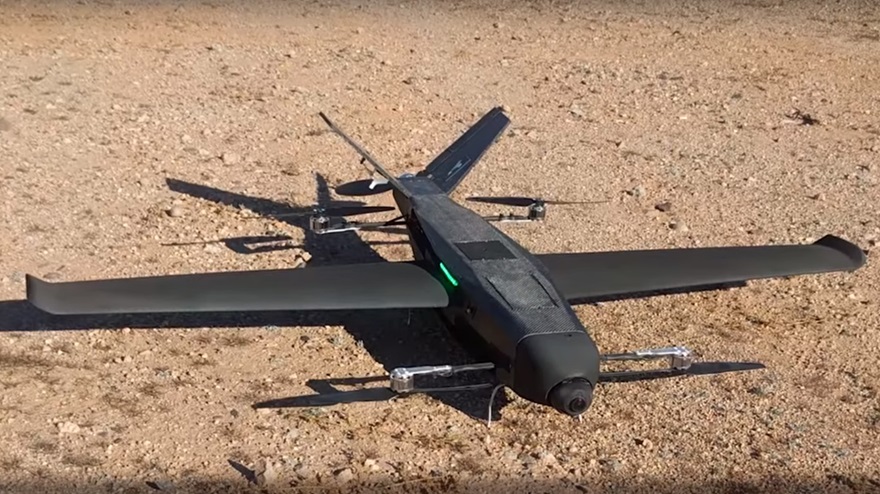 The SkyProwler 2's side rotors can retract into the fuselage, transforming to and from a fixed-wing configuration in flight. This unmanned aircraft can also be flown with wings removed. Photo courtesy of Krossblade Aerospace.

Lubrich brought an Oxford University doctorate in physics to the team at Krossblade Aerospace that has worked since 2015 to bring SkyProwler 2 to market. The vertical-takeoff-and-landing design transforms to fixed-wing configuration in flight, the four rotors and arms that got it off the ground tucking neatly into the fuselage to reduce drag.

Priced at $2,999 for the aircraft, ground station, and a selection of spares, available options include a stabilized Eye Cam video camera ($999), a non-stabilized camera (starting at $199), and a drop door ($139) that can jettison the contents of a midship cargo compartment measuring 7 inches by 3 inches by 2 inches in flight. (Remember to comply with applicable regulations, folks; Part 107 prohibits dropping objects from unmanned aircraft “in a manner that creates an undue hazard to persons or property.”)

Back to the fun: The optional fixed-wing configuration extends flight endurance up to an hour, with a top speed of 80 mph, according to details on the company website. The SkyProwler 2 is sold as a stand-alone aircraft for owners of the original SkyProwler who already have the ground station setup that includes a 1080 HD video transmission system, two Android tablet displays, and an aircraft control telemetry radio system with a range up to 10 miles in ideal conditions. (We feel compelled to point out, as most readers will already know, that the FAA is very strict about keeping unmanned aircraft within the pilot's line of sight.) 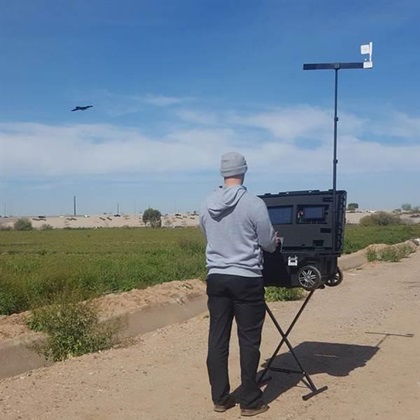 SkyProwler 2 can be flown with or without the wing installed, allowing users to opt for reduced weight and drag when strictly vertical flight is called for.

Lubrich, the company co-founder and chief technology officer, said April 9 that SkyProwler 2 is the second generation of an aircraft in development since 2015, marking improvements in performance, endurance, and overall capability. Krossblade Aerospace has been taking a new order every other day on average since the first of the new model was sold in early February. A Kickstarter campaign in 2016 followed by the official launch of the previous iteration of SkyProwler drove nearly 1,000 deliveries of the SkyProwler 2’s predecessor, and in this market Lubrich's firm plays David to DJI’s Goliath, with a system priced higher than a DJI Phantom 4 but below the price of DJI’s larger models, though lacking a truly comparable camera option, and no thermal imaging solution at all—yet.

“We’re working on it,” Lubrich said of the infrared sensors in hot demand for public safety and industrial inspection applications. He was reluctant to commit to a release date, and refreshingly pragmatic when it comes to the larger plan.

“The second step is to have a much larger, unmanned version,” Lubrich said, noting the FAA limit of 55 pounds for small, unmanned aircraft systems operated under Part 107 rules (and without type certification) will likely be the upper limit. “We will come close to that.”

A larger version of this aerial transformer will be capable of more sophisticated payloads and missions, and Lubrich said that will open the door to sales to professional operations. Most customers to date have been serious hobbyists, with a few professional users seeking what Lubrich described as a “prosumer” rig.

Once that much larger drone is off the ground, the design will scale up again to a single-pilot configuration with room for cargo. That would be followed by another step up in size to a version with room for five people.

“Experience has taught me that this all takes a lot longer than you originally think,” Lubrich said of the prospect of securing approvals for aircraft that fly people. “I think this would take a decade, to get to a fully manned version with five people. A few years ago, I would have said five years.”

Lubrich had a short answer when asked if it is intimidating to take on established aerospace firms that have been developing and certifying aircraft for generations: “Yes.”

But his training in physics taught him a great deal about energy and its applications, and Lubrich suspects that much of the enthusiasm surrounding electric VTOL concepts being touted as the future of urban air transportation may suffer from the high energy demands of vertical powered flight and the relatively low energy storage potential of known battery technologies. That’s part of why the future SkyCruiser, as the manned iteration has been dubbed on the drawing board, will have a hybrid propulsion system, with an internal combustion engine that spins a generator that charges a battery which powers the system, in the event of engine failure, long enough to allow the pilot to pick a landing location instead of a crash site. 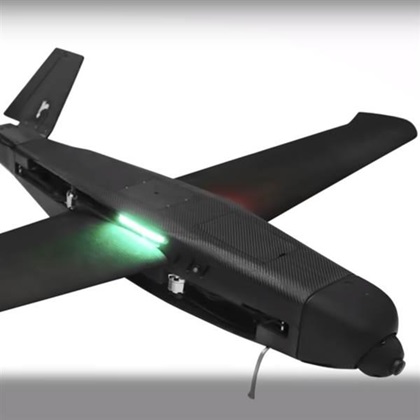 Count Lubrich among those who remain skeptical that any propulsion system relying on batteries alone will ever be able to safely fly a VTOL aircraft more than roughly 30 minutes; 15 minutes if a power reserve is maintained for safety.

“I’m not sure if there really is that much of a market in urban areas” for designs with such limits, Lubrich said, or if flying between nearby rooftops “really is quicker than taking a car.”

Extend the aircraft range out to 100 or 200 miles, however, and “that really would be an advantage,” Lubrich said. “I still think that’s more interesting.”

Being able to transition to and from a fixed-wing configuration in flight makes the aircraft far more efficient in cruise, and Lubrich said the scaled-down version (about five pounds of carbon fiber frame and accessories) has demonstrated solid reliability, even with the somewhat mechanically complex retractable rotor arms. The future manned version will also have an airframe parachute, though that would be the last in a line of redundant safety systems, including a battery capable of powering a few minutes of VTOL flight.

“Of course, you have the wing, too,” Lubrich said. “I think redundancy is the key.”

So far, Lubrich said the system has proved itself pretty well at the small end of the size scale: “I must say that these drones are fairly reliable.”

He again hesitated to commit to a timetable for the first manned test flights, but “I would think it would be five years.”

The development time for that last step is likely to be shorter, Lubrich noted. Once a human has flown this thing, making room for more is a lower hurdle to clear. 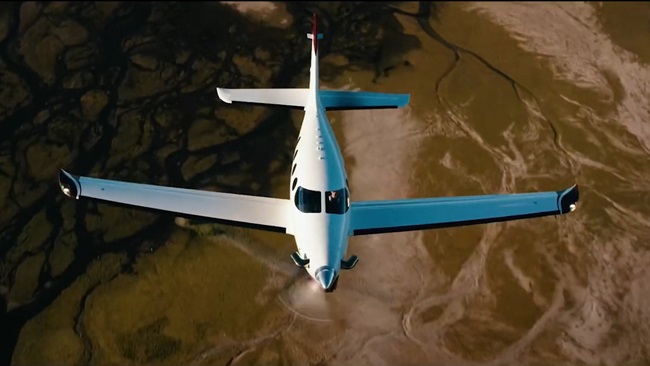 Fly with care as rocket launches ramp up 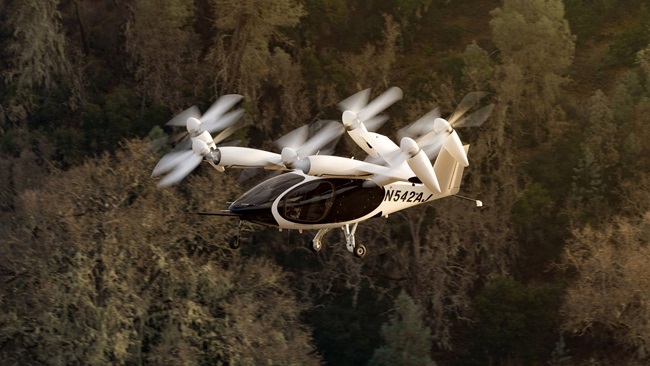