Get the app Get the app
Get the latest news on coronavirus impacts on general aviation, including what AOPA is doing to protect GA, event cancellations, advice for pilots to protect themselves, and more. Read More
Already a member? Please login below for an enhanced experience. Not a member? Join today
News & Videos Oregon aviation visionary Ray Costello remembered 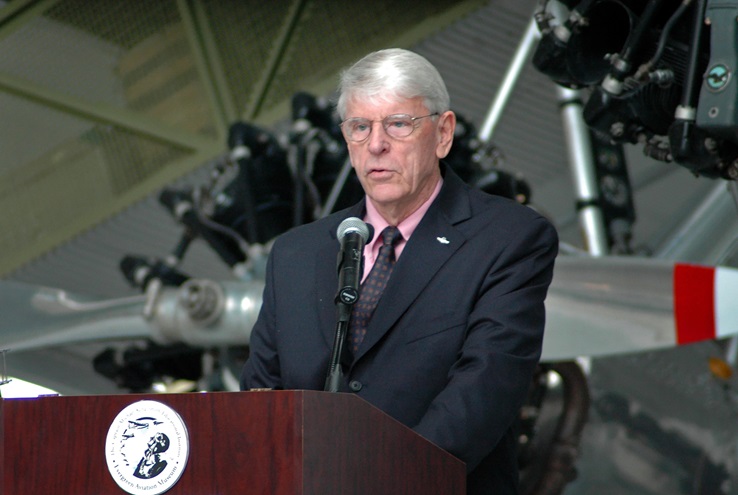 Decorated war pilot and aviation planning visionary Ray Costello is inducted into the Oregon Aviation Hall of Fame in 2005. Costello, who also served as an AOPA regional representative for pilots in Oregon, Washington, Idaho, Montana, and Alaska, died March 24 at age 98. Photo courtesy of Chris Corich.

An Oregon Aviation Historical Society biography noted that the career U.S. Air Force officer served during three wars: World War II, the Korean Conflict, and Vietnam. He flew B–24 bombers, participated in the 1948 to 1949 Berlin Airlift, trained in the first Air Force rescue helicopters, and established a general aviation systems plan “that became the model funded and implemented by the FAA.”

A family obituary said that Costello “served as a test pilot for experimental short takeoff and landing aircraft” and “at one point, he had the distinction of being flight approved to fly more types of aircraft than any pilot in the U.S. Air Force.”

Later, when Costello served as the AOPA Western Region Representative for 16 years, he was hailed as a tireless advocate for GA by his friends and colleagues. “Ray was quite a towering figure and will be missed,” said Tom Haines, AOPA senior vice president of media, communications, and outreach.

He “was a character—in a very good way,” recalled Chris Corich, who documented Costello’s hall of fame induction. “He was a tireless advocate for general aviation, and it was a delight to see him receive the recognition” during the 2005 ceremony where he was hailed as “a visionary in aviation planning.”

Corich recalled that Costello “had three full careers” including his military service, the Oregon Department of Aviation where his legacy was the development of early system plans, and his position with AOPA as an advocate for GA pilots in Oregon, Washington, Idaho, Montana, and Alaska. “I was an airport manager when I first met Ray and he was a great guy,” recalled Corich, who worked at the Oregon Department of Aviation. “He was a pleasant person to be around,” Corich added, “even if you didn’t agree with him.”

Corich said Costello took pride in his work advocating for fellow GA pilots “and developed some new planning concepts” that better integrated GA airports into the transportation infrastructure when thought of as a system, which “was a bit unusual for that time.” 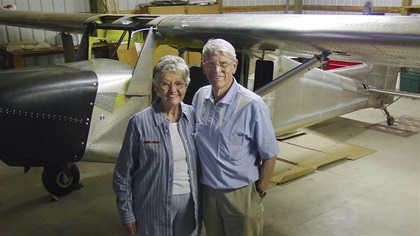 In 2001, Costello was recognized by AOPA for his advances in aviation infrastructure and planning, and he was presented a special Distinguished Service Award by then-AOPA President Phil Boyer, a fellow Oregonian, during an AOPA Board of Trustees meeting.

“Ray was like the energizer bunny, when it came to advocacy,” said Tom George, AOPA Alaska region manager. “He was constantly on the move, pushing issues forward—often working behind the scene—to make things happen.”

Costello’s daughter Patrice Maves said that aviation was in her dad’s blood and he did his best to pass it along to the next generation. “He really wanted all five of us to earn our pilot licenses. When he took us up, he couldn’t wait to hand over the stick,” she recalled. “He coached us and was so thrilled with our enthusiasm. He just couldn’t understand why everybody in the world wouldn’t want to become a pilot.”

Maves said her dad was “cool as a cucumber” during one of the family’s winter trips as the fickle Oregon weather quickly deteriorated leading to unpredicted icing conditions. “He saw that the wings were icing up and he mentioned it [to us], but not in scary terms. He was so calm and collected. There was no panic, and no sense of danger” as he reversed course and landed at the nearest airfield.

Costello was pleased when Maves’ daughter Camille Mulchi began flight lessons. However, Costello’s granddaughter instead “fell in love with the instructor and never did get her pilot license” but the lessons led to a marriage, Maves confided. Costello's son and Maves' brother, Kevin, also pursued flight training.

As he reached his ninth decade, the airman was profiled in a 2010 news article after he “aced” his medical exam and logged time in the Murphy Rebel aircraft that he built by hand.

An obituary posted in the Corvallis Gazette-Times noted that friends, family, and colleagues remembered one of Costello’s favorite phrases was “No guts, no glory.” The newspaper reported that Costello “was a man of courage and action, and also one who loved to welcome, entertain and keep people near” during his life.

Maves concurred: “He was an amazing guy.” 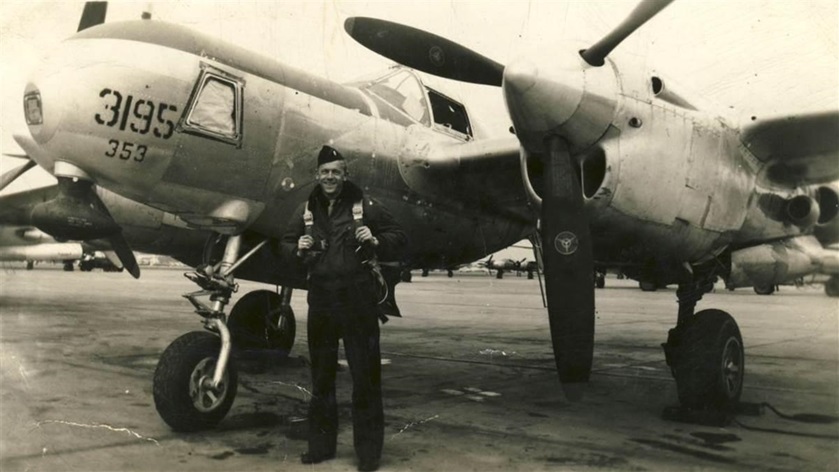