Get the app Get the app
Already a member? Please login below for an enhanced experience. Not a member? Join today
News & Media ADS-B: Time to look up?

Nav Canada has confirmed that its space-based Automatic Dependent Surveillance-Broadcast (ADS-B) Out mandate will require antenna diversity-transponder antennas on both the bottom and top of the aircraft (see “ADS-B: Going Global,” April 2019 AOPA Pilot). 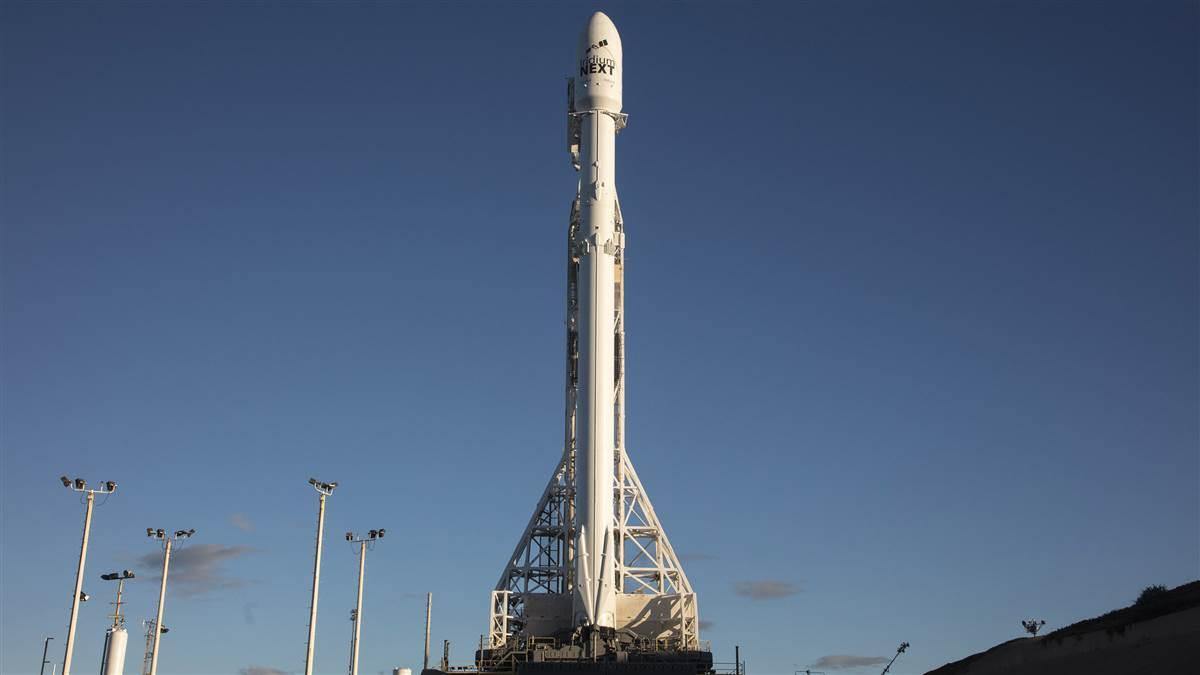 This is one of the SpaceX Falcon 9 rockets that delivered 75 Iridium NEXT satellites to low Earth orbit. Today Aireon payloads aboard the 66 operational satellites, backed up by nine spares, provide the first operational space-based ADS-B aircraft tracking system. (Image courtesy of Iridium Communications Inc.)

Air traffic control providers in several countries—including the FAA, for specific applications—also are exploring the satelitte concept. In fact, enough future ADS-B benefits could be based on 1090 MHz (the international standard) that some aircraft owners may see 1090 in their future.

The future of antenna diversity—which improves an aircraft’s visibility to satellites and also increases cost—is not clear beyond Nav Canada.

ADS-B uses GPS satellites instead of ground-based radar to determine aircraft location, and is a key technology behind the FAA’s Next Generation Air Transportation System. The FAA has mandated ADS-B Out for flights after January 1, 2020, in airspace where a transponder is required today.

Aireon, the first real-time, global air traffic surveillance system, became fully operational April 2 and entered trial use over the North Atlantic. ADS-B data is collected by payloads aboard the constellation of 66 operational Iridium NEXT satellites in low Earth orbit. Nav Canada is majority partner in Aireon, a joint venture between Iridium Communications and several other national air navigation service providers. On June 4, Aireon was approved by the European Union Aviation Safety Agency (EASA) as an air navigation service provider organization—becoming the first-ever certified provider of aircraft surveillance as a service, Aireon said.

Using Aireon, air traffic controllers are testing the reduction of aircraft in-trail separation distances over the North Atlantic from 40 nautical miles to as little as 14 nm. “To know the position, speed, and altitude of every ADS-B equipped aircraft in oceanic airspace—in real time—is a transformational change to how our controllers manage air traffic,” said Neil Wilson, president and CEO of Nav Canada. He said airlines will benefit from more fuel-efficient routings and altitudes.

They chose the Caribbean because the Grand Turks radar continues to fail.However, Nav Canada has not been forthcoming or even responsive with general aviation in discussions about its ADS-B plans. “So far their level of collaboration, and understanding of general aviation’s concerns, has been disappointing,” said Rune Duke, AOPA senior director of government affairs for airspace and air traffic. “A diversity mandate would have a significant impact on general aviation flying in Canada. The lack of a transparent rulemaking process has posed several challenges.” The Canadian Aviation Regulations, like the FARs, require a public comment period but Nav Canada is pursuing a less formal consultation approach. Duke said Nav Canada participated in a consultation process but offered no adjudication or response to comments. “It’s very opaque and left a number of important stakeholders out of the process,” he said.

Transport Canada, Canada’s regulator, evaluated space-based ADS-B only from the safety perspective and Nav Canada will publish the requirement in an airspace handbook, Duke said. Nav Canada believes that as the service provider, its enabling legislation allows it to establish requirements for the airspace for which it is responsible.

The FAA believes that space-based ADS-B (SBA) holds promise as a global, seamless surveillance capability and may be the next step in the evolution of ADS-B. In a May 8, 2019, briefing the FAA said it’s implementing a phased approach that will address technical, operational, and safety issues before committing to a long-term investment in SBA. A one-year operational evaluation will be conducted in the Caribbean, because terrestrial ADS-B is limited to the Florida peninsula and Puerto Rico and the air traffic control radar at Grand Turk, British West Indies, has operational challenges—its telecommunications infrastructure and power supply are vulnerable, its isolated island location can be hard to reach when there are problems, and there are no alternative surveillance resources for that airspace.

For example, Hurricane Irma knocked out the facility for 18 hours in late 2017, then it was down for 80 hours over six days as damage was repaired. And intermittent data dropouts highlight unstable connectivity.

The FAA is already looking at satellite ADS-B data from the Caribbean. “They chose the Caribbean because the Grand Turks radar continues to fail. It’s a big deal when it goes down,” Duke said. “We are discussing with the FAA how general aviation can participate and how all airspace users can receive the benefits of expanded SBA coverage.”

The FAA’s threshold that SBA must meet is receiving target data at least every 8 seconds with a 95-percent confidence interval, Duke explained. This is the threshold detailed in RTCA standards. In April, before the full satellite constellation was operating, the FAA saw aircraft targets with solely bottom-mounted antennas less frequently than would be required. “It’s too early in the process to make conclusions but the FAA has been very open with their data, and they continue to work with us and other industry groups.”

Meanwhile, he said, Nav Canada is using a standard of seven seconds. “They say with non-diversity, that’s not possible. But they will not share their data sample.” Duke understands the sample data is from a handful of aircraft and was collected before the Aireon constellation was complete. “It was a small sample that was not representative of the general aviation fleet,” he said. “COPA, GAMA, AOPA, and other groups have been advocating for more transparency as to how Nav Canada has reached their conclusions.”

Some data analysis plots that Nav Canada has released appear to include all data for the subject flights, rather than analyzing only the portions of the flights above Flight Level 180 and between FL125 and FL180—the airspace that it has identified for its Phase I and Phase II mandates, respectively. And the agency has not shared any 95-percent performance values, an ADS-B performance basis cited in RTCA standards and other industry documents. Under specific circumstances, avionics certification rules allow significantly longer dropout times than the values Nav Canada seeks.

In mid-June the Canadian requirements had not been added to the Designated Airspace Handbook, which Nav Canada publishes under the authority of the Minister of Transport. This manual is updated every 56 days.

A Canadian ADS-B antenna diversity mandate is not likely to affect pilots operating in the United States. “The FAA is not planning to change its mandate in any way. Today a bottom-mounted antenna is compliant with the mandate; after January 1, 2020, it’s going to be compliant,” David Gray, manager of the FAA’s Surveillance and Broadcast Services Group, said June 10 during a live ADS-B Facebook talk with FAA and AOPA staff. “We don’t have anything in the works in order to change our requirements, to require diverse antennas.”

But the future will be 1090 MHz for some. “The international requirement is 1090. Consider 1090 if you plan to fly internationally,” Duke said. “So many of the future benefits will be solely 1090.”