Get the app Get the app
Get the latest news on coronavirus impacts on general aviation, including what AOPA is doing to protect GA, event cancellations, advice for pilots to protect themselves, and more. Read More
Already a member? Please login below for an enhanced experience. Not a member? Join today
News & Videos Answers for the unequipped

As the FAA’s mandate for ADS-B Out draws closer, more pilots—especially those flying aircraft not equipped with ADS-B Out—have questions. And we have the answers. 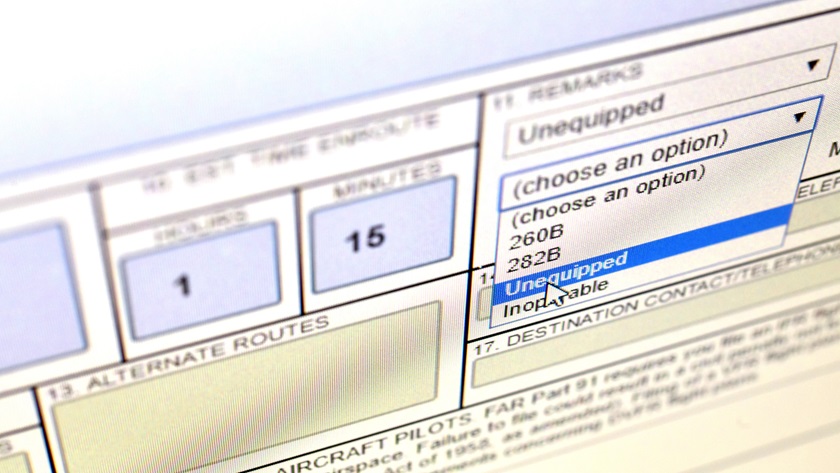 ADS-B Out will be required beginning at 0001 local time on January 2 for flight in the airspace defined in FAR 91.225, also called ADS-B rule airspace. This is generally where a transponder is required today, but there are some exceptions.

In the 48 contiguous states, it is all Class A, B, and C airspace; Class E airspace at or above 10,000 feet msl, excluding the airspace at and below 2,500 feet above the ground; within 30 nautical miles of a Class B primary airport (the Mode C veil); and above the ceiling and within the lateral boundaries of Class B or Class C airspace up to 10,000 feet. It also includes Class E airspace over the Gulf of Mexico, at and above 3,000 feet msl, within 12 nautical miles of the U.S. coast—where transponders are not required.

Pilots can fly unequipped under Class B and C airspace shelves as long as they remain outside of any Mode C veil. Unlike a Mode C transponder, ADS-B is not required to cross any U.S. borders, or to transit a U.S. air defense identification zone, but keep in mind that many airports of entry—those with U.S. Customs services—are located in ADS-B rule airspace. Pilots also should be aware of foreign ADS-B mandates, including Mexico’s, which coincides with the FAA’s deadline. Canada currently does not have an ADS-B mandate.

Flying in ADS-B rule airspace without operating ADS-B equipment will subject the pilot to potential FAA enforcement action, if he or she has not received an authorization to do so. This can be done only through the FAA’s ADS-B Deviation Authorization Preflight Tool (ADAPT), an online portal that allows operators to request an airspace authorization for an individual flight. AOPA has been actively involved in its development, from defining its functionality to helping test the software. ADAPT is set to go live on December 18, so pilots can get familiar with the interface before it becomes operational January 1. Applications may be submitted in ADAPT no earlier than 24 hours in advance of your proposed flight—and must be submitted at least one hour before.

AOPA hosted and participated in an FAA webinar about ADAPT and related topics on December 10; the video can be viewed online. It provides an overview of the system and answers most frequently asked questions. AOPA has prepared a helpful, step-by-step ADAPT user guide, and additional information will be available from the FAA.

“We have worked extensively with the FAA to ensure pilots of unequipped aircraft could still be reasonably accommodated in rule airspace, such as to get in or out of rule airspace to get to an avionics shop,” said Rune Duke, AOPA senior director of airspace, air traffic, and security. “The FAA’s policies surrounding ATC authorizations via ADAPT consider numerous factors but, bottom line, if you need regular access to rule airspace, you will need to equip.”

“Getting the ATC authorization does not guarantee you clearance into the airspace,” noted Kerri Strnad, an air traffic controller who currently is an ATC procedures specialist at FAA headquarters, during the FAA webinar. To enter Class B and C airspace, you’ll still have to receive an ATC clearance. You also will have to have an operational Mode C transponder, she added.

For a limited number of aircraft, long-term requests for deviation from ADS-B requirements are possible. These operators must obtain a letter of agreement with the air traffic control facility responsible for the airspace in question. Nonelectrical aircraft—any aircraft not originally certificated with an engine-driven electrical system, or to which such a system was subsequently added—may qualify for LOAs to operate within Class C airspace; these would be very similar to the LOAs these operators might already have to allow operation in the airspace without transponders. Nonelectrical aircraft are already allowed by the rule to fly unequipped in the Mode C veil and in Class E airspace above 10,000 feet, with some limitations.

Aircraft based at fringe airports also may be eligible for long-term LOAs. The FAA defines a fringe airport as “an airport that is approximately 25 nm or farther from the Class B airspace primary airport and is not served by a scheduled air carrier; or an airport outside the Mode C veil at which aircraft operations in the traffic pattern routinely enter the Mode C veil.” Many pilots operating at fringe airports have had an LOA to permit not equipping with a transponder, which is an FAA policy AOPA advocated to similarly be applicable for the ADS-B rule.

“AOPA has heard from many pilots who operate from fringe airports and who are only required to equip with ADS-B Out because of the Mode C veil,” said Duke. “Through our work with the FAA, we were able to ensure that there was a mechanism for long-term relief from the requirement to equip with ADS-B for those aircraft owners who operate on the outer boundary of this airspace; however, pilots have to apply and there are limitations.”

An LOA must be requested from the individual ATC facility. “It’s really up to the individual facility [air traffic manager] to approve,” Strnad said, adding that the FAA is just beginning to disseminate guidance to the facilities. The air traffic manager can apply restrictions to an LOA. And facilities are required to review LOAs each year; if things change, the pilot one year might receive a letter saying his or her LOA cannot be renewed.

Aircraft without engine-driven electrical systems, agricultural aircraft, and operations conducted in areas where there is no surveillance coverage are other examples of operations that may be eligible for long-term authorization via an LOA. Contact information for initiating LOAs with specific ATC facilities can be requested by email from AOPA.

What happens if ATC directs an aircraft not equipped with ADS-B Out into rule airspace? New Aeronautical Information Manual guidance to be published at the end of January states that if the pilot of an unequipped aircraft flies into rule airspace because of an ATC-initiated clearance to fly a heading, route, or altitude, they will not be considered as having violated the FARs. In this case the pilot should accept the ATC clearance and advise the controller, "I am not ADS-B Out-equipped and do not have an airspace authorization."

“We stress that the pilot should accept the clearance first, assuming that ATC has done what they did for a deliberate, purposeful reason,” Strnad said. “I came from Fort Worth Center. We had gobs of airspace. I loved giving shortcuts down there.”

The FAA’s compliance philosophy, now Compliance Program, will be used when addressing potential airspace violations and enforcement actions. Intentional noncompliance is likely to be dealt with much more severely than inadvertently entering rule airspace soon after the rule takes effect. Pilots unequipped with ADS-B Out should take care when flight planning and maintain airspace situational awareness to ensure they do not inadvertently enter rule airspace.

Pilots should keep in mind that FAR 91.225(f) requires that ADS-B Out equipment must not be turned off without explicit instruction to do so from ATC. The only exception, which also will be detailed in the January 2020 AIM update, is for non-lead aircraft operating in a formation flight, but these aircraft must still be equipped if operating in rule airspace.

AOPA’s Pilot Information Center is ready to answer any questions pilots may have.