With elected officials in Washington, D.C., unable to compromise on border funding, the United States is facing the longest partial government shutdown in history. Its effects are being felt across the aviation industry by pilots, mechanics, air traffic controllers, and security personnel, and it is negatively impacting aviation agencies and the traveling public. As Day 20 of the shutdown approaches, AOPA and 33 other aviation organizations are urging elected leaders to resolve the conflict before it worsens. 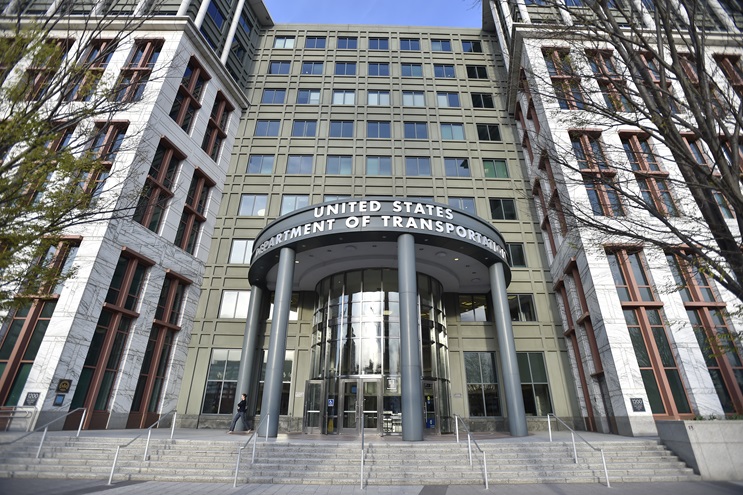 The U. S. Department of Transportation is one of the many government agencies that have influence over general aviation. Photo by David Tulis.

In a Jan. 10 letter to President Donald Trump, House Speaker Nancy Pelosi (D-Calif.), and Senate Majority Leader Mitch McConnell (R-Ky.), the aviation associations asked them to act now to prevent the negative impacts currently being experienced by the U.S. aviation industry. The groups pointed out that the shutdown is hampering the aviation sector’s ability to operate efficiently, citing that the civil aviation sector contributes more than 7 percent of the U.S. gross domestic product and $1.5 trillion of economic impact, along with creating more than 11.5 million jobs.

In the letter, the groups pointed out issues with FAA staffing, writing that most FAA staff who certify the safety of aircraft have been furloughed and safety reporting and oversight systems have been suspended. With nearly 18,000 FAA workers furloughed, the ongoing shutdown is hindering companies from bringing products to market and hurting deliveries and exports.

With the number of air traffic controllers at an already shocking 30-year low, the shutdown is worsening controller training challenges. But controllers aren't the only ones feeling the effects—pilots are, too. As it stands, the FAA is unable to issue new student pilot certificates, halting their training.

Mechanics are also feeling the brunt of the government shutdown. According to the letter, “The ongoing furlough is hindering knowledge, oral and practical testing for aviation mechanic certificate applicants and holding up would-be mechanics ready to commence new careers in aviation maintenance.”

The ongoing multibillion-dollar modernization of the national air transportation system, also known as NextGen, is significantly impacted by the shutdown. The letter stated that NextGen has been plagued by funding stops and starts in the past, which is costing taxpayers millions in inefficiencies because of the instability. Many of its new technologies like Performance Based Navigation (PBN) routes are being delayed, further increasing the costs to airlines and passengers.

Many signatories of the letter participated in a rally on Capitol Hill Jan. 10. Spearheaded by the National Air Traffic Controllers Association, the rally highlighted the negative ramifications the shutdown has had on the industry’s workforce.