Get the app Get the app
Already a member? Please login below for an enhanced experience. Not a member? Join today
News & Videos Training Tip: Seeing was believing
Sponsored by Aircraft Spruce

There it is against the far wall of the room: that marauding mosquito that’s been keeping you from falling sleep. That’s about what a single-engine airplane looks like heading toward you from three miles away. 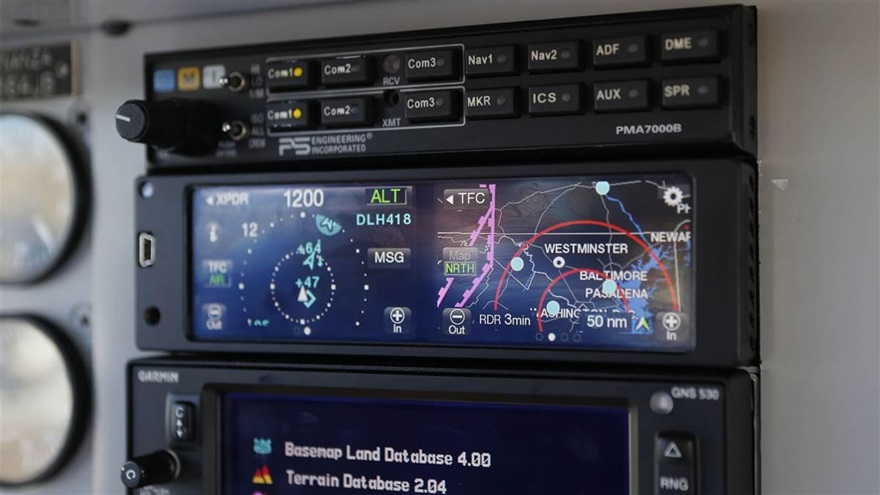 At two miles, it’s easier to pick it out and assess the collision risk. If you can recognize details or detect significant relative motion or small changes in altitude, it’s probably even closer.

No problem, VFR pilots are rigorously “eyes outside,” right? As someone who still feels like a visitor in a glass cockpit—if no longer a total stranger—I have yet to shed my skepticism that the vast information resources glass cockpits provide fully compensate for the head-down risk of collision during VFR flying.

One exception to my grumpy gripe is traffic displayed by Automatic Dependent Surveillance-Broadcast In. When the display showed us that target three miles ahead at our altitude, heading our way, my eyes went to the right spot outside and quickly found the mosquito-like speck.

It wasn’t easy. Flying toward the coast, we spotted the traffic over a nearby vortac, barely perceptible on the horizon where color contrasts and changing brightness made difficult what the display made easy. Likely the descending aircraft was inbound to the nontowered airport we had just departed. Or it may have been flying a practice instrument approach while communicating with the local radar approach/departure control facility; I don’t recall hearing an arrival announcement on the airport’s common traffic advisory frequency.

Speaking of air traffic control and radar, the first inkling many new student pilots get about how much traffic goes unseen as they fly cross-country is when they request radar flight following and see just a small sampling of the traffic that’s called out.

With experience you get better at spotting traffic (and mosquitoes). Learning more about aircraft types—their look and speed profiles—helps.

An opposing aircraft doesn’t have to be distant to be hard to spot, which should remind you to listen closely on the frequency and craft a mental picture of traffic that may not be of interest to you yet but could be, momentarily.

Also remember that flight following is a “workload permitting” service: If aircraft-separation demands increase just as the controller was about to give you a call, you’re back on your own simple see-and-avoid resources—as you are expected to remain even while spotting traffic by other means.