Get the app Get the app
Get the latest news on coronavirus impacts on general aviation, including what AOPA is doing to protect GA, event cancellations, advice for pilots to protect themselves, and more. Read More
Already a member? Please login below for an enhanced experience. Not a member? Join today
News & Videos Aviation-themed playgrounds are trending

Kids love watching airplanes fly, but airports are not always kid spectator friendly. A group of officials who have bridged that gap by establishing aviation-themed play areas at their airports took the stage at EAA AirVenture in Oshkosh, Wisconsin, to share pointers on how to bring fun to the flight line. 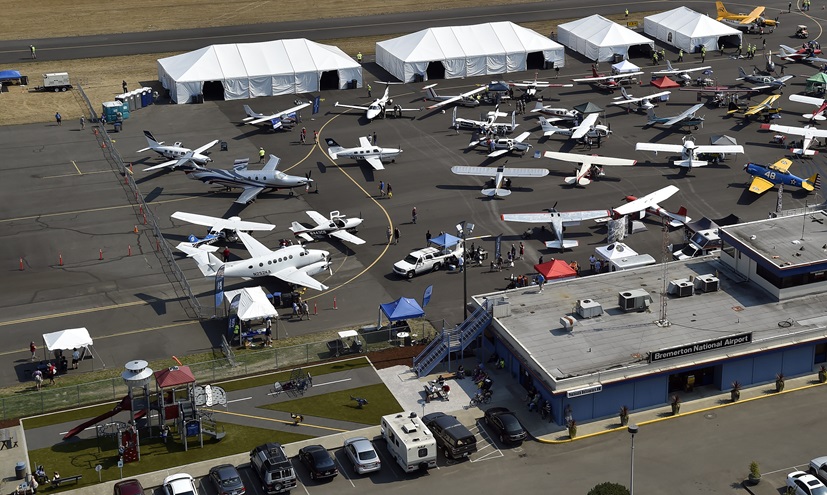 The youth park,front left, at Bremerton National Airport opened just prior to the 2016 AOPA regional fly-in at Bremerton, Washington. Photo by David Tulis.

The presentation titled Inspire Aviation’s Future With Play was delivered by airport representatives from South Carolina, Virginia, and Washington State, with a bow to a similar effort in Massachusetts.

"Three airports share how this initiative addresses aviation’s challenges by appealing to and making advocates in the community. This important outreach effort taps into a future reserve of pilots, aviation professionals, and enthusiasts. With vision and success, these airports spark the dream of flight." A video helped make the message and mission clear.

More than 15,000 people are estimated to visit Runway Park at Greenville Downtown Airport in Greenville, South Carolina, each year. That’s a giant leap since 2010, when AOPA reported how the airport director, Joseph Frasher, worked with Lara Kaufmann, a nonpilot mom of two young sons, to find a way to make the airport an everyday destination for the community. 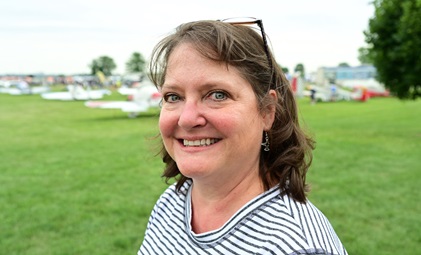 Kaufmann’s solo advocacy campaign highlighted her skills as an airport spokesperson and public liaison—and made her a featured speaker at the EAA presentation. Now serving as Greenville Downtown Airport’s associate director, the journalism major’s project has put Runway Park in the travel limelight, rated by tripadvisor.com as one of the best things to do in Greenville.

Land-use and permitting questions can become impediments to enacting nontraditional endeavors like building an amusement/education venue at a public airport. Hendrickson was joined by Stephanie Johnson, whose organization Rappahannock Aviation Outreach raised funds and worked with a local EAA chapter to establish an aviation playground and picnic area at Stafford Regional Airport in Virginia, to discuss the approval process and how some roadblocks Johnson encountered in Stafford produced “precedent-setting national level guidance” from the FAA.

It’s clear that once airports come on board to carve out spaces where community members can come to enjoy and learn from aviation, they take pride in what has been achieved—and want the word to get around.

New Bedford Regional Airport on the Massachusetts shoreline named its playground after Lance Cpl. Matthew R. Rodriguez, a 19-year-old Marine Corps engineer from nearby Fairhaven, who was killed in combat in Afghanistan.

According to the playground’s page on the airport’s website, the facility “sits along the airport fence, with dedicated parking, providing a one-of-a-kind experience for visitors,” and was “moved from concept to reality thanks to the tireless efforts of the Atlantic Aviators organization,” based at the field. 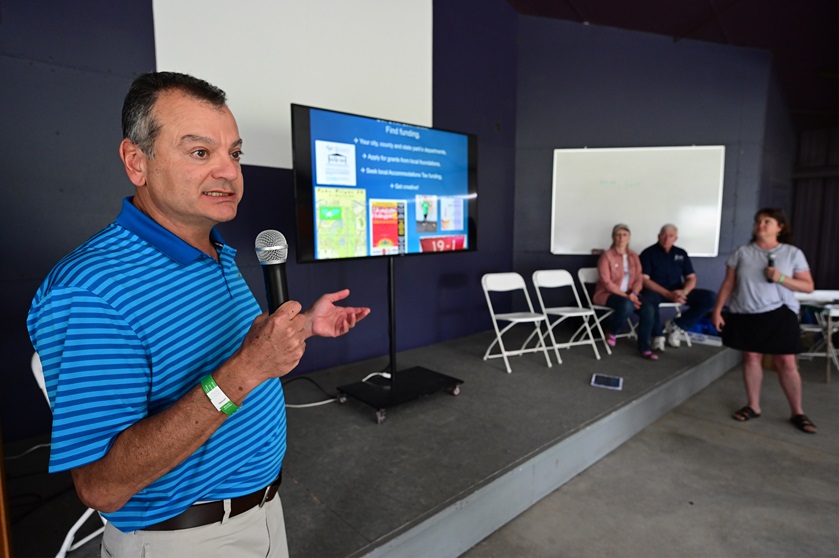