Get the app Get the app
Already a member? Please login below for an enhanced experience. Not a member? Join today
News & Media Off the shelf, over people

Off the shelf, over people

The FAA on June 1 approved the first Part 107 waiver allowing unmanned aircraft to fly over people that can be replicated with off-the-shelf products. The agency, during its annual gathering of policy wonks and industry advocates in Baltimore, also pledged up to $6 million to support testing and validation of advanced drone technologies and provided recreational flyers clarification and guidance on compliance with updated rules. 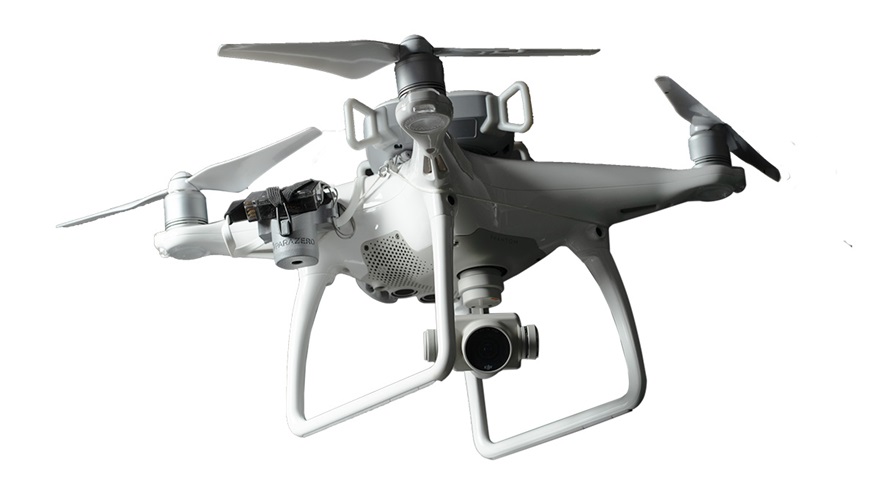 ParaZero's SafeAir system includes a parachute that automatically deploys as arms extend to stop the propellers in the event of an aircraft failure. Photo courtesy of ParaZero.

The three-day event coincided with the agency’s announcement that Hensel Phelps, a construction firm with operations across the country, was granted on June 1 a waiver that any other Part 107 operators may replicate, allowing flights over people using DJI Phantom 4 quadcopters fitted with ParaZero SafeAir parachute systems. The waiver is specific to that combination of products, but was evaluated based on a standardized specification, in this case ASTM 3322-18.

The FAA noted that this was the first time the agency approved an advanced drone operation based on a publicly available industry standard to mitigate the risks involved with flying a 3.3-pound drone (including parachute) with four spinning propellers and a lithium-based battery over people, including crowds of any size.

“This process is scalable and available to other applicants who propose to use the same drone and parachute combination,” the agency noted in a June 4 press release. “The FAA will require each applicant to provide the testing, documentation, and statement of compliance listed in ASTM3322-18 in their applications using the same drone and parachute combination.”

ParaZero Technologies, a firm based in Israel that has been working to develop and prove the system for two years, supplies the data validating ASTM standards compliance as part of a $1,500 kit, sold separately from the parachute retrofit hardware, or packaged with the Phantom parachute for $1,699 including hardware and paperwork (the prices posted online June 5 were listed as discounted prices, and company officials did not specify how long that sale pricing would remain effective). The ASTM kit includes a declaration of compliance and test results that allow customers to apply for waivers allowing flights over people that will presumably be very similar to the waiver granted to Hensel Phelps. ParaZero also offers a similar parachute kit, including ASTM compliance data, for DJI Mavic models, which are smaller than the Phantom 4, and is working to validate ASTM compliance for parachute systems made for larger DJI aircraft, including the Matrice 200 series.

More broadly, the waiver represents a significant step toward making advanced drone operations routine, and unlocking the potential of the unmanned aircraft industry with significant benefits for many, including pilots, manufacturers, and others including public safety and humanitarian relief organizations.

The FAA previously proposed a major overhaul of Part 107, including establishing limits on the allowable kinetic energy of a drone flown over people, and the agency did not specify how to meet those limits. Compliance would be based on performance-based standards instead of being evaluated case by case, as with the current system that requires waivers to deviate from Part 107 limits. In the case of flights over people, parachutes would not be the only method allowed—the FAA has indicated in the proposed rule changes that any system able to reduce the kinetic energy of a failed and falling drone to mitigate the risk posed to people could be eligible, with kinetic energy being the key measure.

The drone parachute is the first technology that has been validated for this purpose.

“The FAA has demonstrated a truly collaborative approach, through which they help develop the ASTM standard, work together in the UASIPP and provide feedback on the waiver applications and documentation,” said ParaZero Vice President of Policy and Strategy Avi Lozowick, in a blog post, referring to the federal Unmanned Aircraft Integration Pilot Program underway in various locations across the country.

Lozowick elaborated in an email exchange, noting that the validation tests included more than 60 parachute deployments simulating many different types of failure: “ASTM testing proved that we can deal with all failure scenarios reliably. One of the main challenges is to detect the failure fast enough in each failure scenarios. A UAS experiencing a single motor failure has very different behavior than a UAS with a complete power loss. The parameters we look for in each scenario are unique.”

AOPA submitted formal comments in April that were broadly supportive of the proposed rule changes, welcoming the moves to advance safe integration of unmanned aircraft while offering suggestions to refine the rules and reiterating the need to allow as much freedom to all airspace users as possible without compromising safety. AOPA staff attended the FAA event in Baltimore (co-hosted by the Association for Unmanned Vehicle Systems International), and AOPA continues to participate in the FAA Drone Advisory Committee and other industry-government collaborations.

The FAA published a Federal Register notice May 17 that abruptly curtailed recreational drone flights, most significantly excluding them (for the most part) from controlled airspace around airports. AOPA was not alone voicing concern over the timing of such a significant change that reversed longstanding allowances, particularly since the new rules for hobbyists were announced without advance notice to AOPA or other organizations that are collaborating to educate recreational users.

An updated advisory circular published May 31 spelled out more clearly the new rules for hobbyists, referring readers to the agency website for updated details on limitations, and also provided more detail on the plan to move forward. The FAA will continue to require registration and prohibit recreational drone flights within controlled airspace outside of designated locations approved by the agency in advance. Hobbyists will also be required to fly below 400 feet, keep their aircraft in sight, and eventually be required to pass an aeronautical knowledge and safety test that has yet to be created. The FAA also plans to follow up with guidance on how groups can earn designation as a “community based organization,” based on standards and procedures not yet published that would enable a CBO to establish its own rules and limits to be followed in lieu of the general guidance. Eventually, the FAA stated, hobbyists will have access to the same low altitude authorization and notification capability (LAANC) system used by Part 107 pilots to obtain near-instant authorization for flights in controlled airspace within limits denoted in the FAA UAS Facility Maps.

The FAA announced during the symposium a plan to organize a drone safety awareness week later in the year, part of a coordinated push to educate recreational drone users about how to safely integrate their hobby in the National Airspace System. AOPA expects to be among those supporting that effort.

In addition to the federal drone integration pilot program, NASA is in the final stage of a multi-year effort to develop and validate an unmanned aircraft traffic management system that would facilitate drone delivery and other advanced operations, particularly in crowded urban areas.

The FAA pledged $6 million in matching grants to support drone integration technology testing and validation at seven designated test sites around the country. The June 3 announcement notes that applicants must match federal funds requested, and have the technical capability to develop key technologies, including systems for implementing geographic and altitude limits in drones (geo-fencing), detect-and-avoid systems to mitigate the risk of collision with other aircraft, traffic management, and other advanced functions.

“The FAA intends to bridge the gap between industry and the test sites to tackle some of our most difficult technical and operational challenges,” said FAA Acting Administrator Dan Elwell June 3 at the FAA UAS Symposium in Baltimore, according to a news release.

Applicants must submit a white paper by June 28, with a full proposal to follow by July 31 if they advance to the second step. The agency expects to award contracts by Sept. 30.