Get the app Get the app
Get the latest news on coronavirus impacts on general aviation, including what AOPA is doing to protect GA, event cancellations, advice for pilots to protect themselves, and more. Read More
Already a member? Please login below for an enhanced experience. Not a member? Join today
News & Media Reflections from Normandy

Just as happened 75 years ago when troops from America, Britain, Canada and a host of other Allied nations stormed the beaches at Normandy, France, to begin the invasion of Europe, French citizens embraced the arriving parachutists and pilots who commemorated the D-Day event.

Twenty-one C–47s and DC–3s loaded with paratroopers streamed from Duxford, England—itself an important historic location during the war—across the English Channel, spewing hundreds of jumpers into a drop zone near Caen. A pair of P–51 Mustangs escorted the flight. The streets of England and France were lined with stopped cars as people gawked upward at the sight, something not seen—or heard—since the war.

A hillside near the approach path to the Caen airport was lined with French citizens waving British and American flags. Light poles in the entire region carried banners, each featuring the name and photo of a D-Day veteran. Throughout Normandy on June 6, every small town held one or more memorial services for those who died in the battle to take back Europe from the Nazi aggressors. Some 4,413 Allied soldiers died June 5 and 6, 1944, including 2,500 Americans. By the close of June 6, the troops had secured the beaches and some 150,000 troops were in position to continue the campaign. Less than a year later, the Germans surrendered.

But on this day 75 years later, the German gun emplacements were quiet and empty—still in ruins as the Dakotas, as the Brits refer to the C–47s, flew overhead.

The effort was organized by Daks Over Normandy, a nonprofit group. The American contingent of 15 DC–3s and C–47s was organized by the D-Day Squadron, another non-profit organized to help the aircraft owners raise money and successfully cross the North Atlantic in the 75- and 80-year-old airplanes.

The ocean crossing was completely successful. In Britain, the teams accomplished all they had hoped to, although at times were challenged by complex and confounding rules and regulations by local authorities. Further complicating the Channel crossing was the schedule of French President Emmanuel Macron. Reportedly it was his delayed arrival into Normandy on June 5 that created about a three-hour delay for the departure from Duxford, frustrating pilots and some 300 parachutists, most of whom had spent more than a year preparing for this moment. 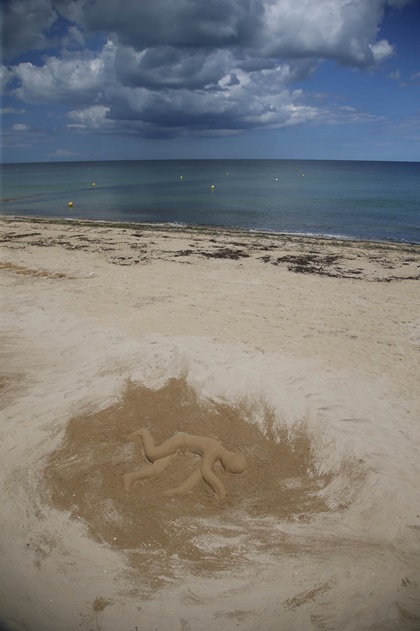 While the D-Day invasion began late on June 5, 1944, the majority of the battle was fought on June 6, which is the traditional anniversary date. The anniversary channel crossing occurred on June 5 mostly because of security requirements on June 6 for the presence of Macron, U.S. President Donald Trump, and other heads of state. Their presence required an enormous security zone all along the Normandy coast for most of the day on June 6, limiting flying to a single sortie by a group of American DC–3s and C–47s and select current military aircraft. The flight focused on the American cemetery overlooking Omaha Beach, one of the American targets in 1944 and the beach that was most costly in claiming U.S. lives. The cemetery is the final resting place for nearly 10,000 Americans killed on D-Day and throughout the war in Europe. A wall there includes the names of more than 1,500 U.S. soldiers lost at sea—many of them those who didn’t even make it ashore on D-Day.

The AOPA media team made the channel crossing on Miss Virginia, a 1943 C–47 owned by Karl Stoltzfus of Dynamic Aviation. It spent its early life in military service in the United States and then served in a variety of roles, including as a missionary airplane in Colombia before Stoltzfus acquired it and put it to work as a spray airplane, later restoring it as a showpiece with nearly 20 airline seats and a U.S. Air Force paint scheme.

Leading the formation in 2019, just as in 1944, was That’s All Brother, a 1944 C–47 recently restored by the Commemorative Air Force. That’s All Brother wasn’t the only D-Day veteran. Others revisiting Normandy include D-Day Doll, Placid Lassie, and Virginia Ann. One big difference: This anniversary flight included 21 DC–3s and C–47s. Back in 1944, the sky was filled with more than 800 of the airplanes, dropping troops behind the German lines in Normandy. 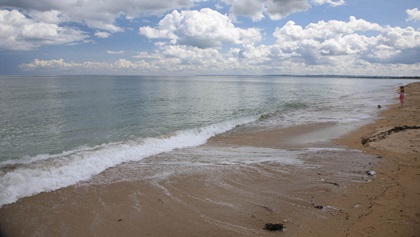 For the anniversary, more than 300 parachutists gathered in Duxford to be transported to Normandy, each wearing period uniforms and jumping under round chutes, as opposed to the more maneuverable rectangular chutes used today. After crossing the channel, the volunteer re-enactors tumbled out of the airplanes over Drop Zone K in Sannerville near Caen. The event drew thousands of onlookers, jamming roads for miles around.

Most rewarding for those of us from afar was the warm welcome we received from the French citizens, still grateful all these decades later for the sacrifices made by the young men and women of the Greatest Generation that the Europeans might live in freedom again.

Editor in Chief
AOPA Editor in Chief Tom Haines joined AOPA in 1988. He owns and flies a Beechcraft A36 Bonanza. Since soloing at 16 and earning a private pilot certificate at 17, he has flown more than 100 models of general aviation airplanes.
Go to Thomas B Haines's Profile
Topics: Vintage, Aviation Industry, Events