Daher, the French manufacturer of the TBM line of single-engine turboprops, announced the acquisition of Quest Aircraft Co., maker of the 10-seat Quest Kodiak 100 utility airplane. 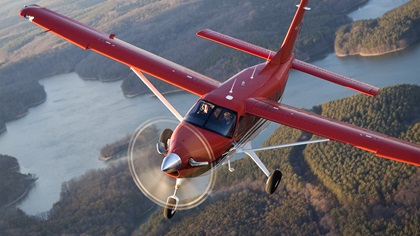 With the acquisition of Sandpoint, Idaho-based Quest, Daher “is taking a major step in developing the company’s airplane manufacturing business,” it said in a June 10 news release.

The move diversifies Daher, known for its speedy low-wing models that include the recently debuted TBM 910 and TBM 940, into a market segment focused on operations from unimproved and “ultrashort” backcountry airports—the calling card of the 10-place, unpressurized, high-wing Kodiak 100.

Daher said the move establishes it as “the world’s seventh largest aircraft manufacturer in business aviation” and provides its first industrial site in the United States.

The Quest Kodiak originally was “created for humanitarian missions in developing countries,” is certified in 67 countries, and is “used worldwide by air-taxi, recreational and leisure operators, along with businesses, pilot-owners and humanitarian organizations,” Daher said, noting that there are 270 Quest airplanes in operation around the world.

Quest Aircraft CEO Robert Wells said the two companies’ combined know-how “opens the potential for rapid growth, with the combined operation becoming a key international player. Our teams share the values for craftsmanship and quality, as underscored by Quest’s motto: ‘Built by hand in Sandpoint, Idaho.’”

The acquisition of Quest, which employs a workforce of 240 people in Sandpoint, is expected to be completed by the end of 2019, the announcement said.