Get the app Get the app
Get the latest news on coronavirus impacts on general aviation, including what AOPA is doing to protect GA, event cancellations, advice for pilots to protect themselves, and more. Read More
Already a member? Please login below for an enhanced experience. Not a member? Join today
News & Videos Bright lights, big cities

Editor's note: This story was updated May 30 to correct details about Essex County Airport in New Jersey.

It can start with a meeting, a need to catch a bigger ride, or even the dream of an adventure. Flying into a major city is fun, challenging, and for first timers, overwhelming. Here are some options for flying in to the five biggest metro areas in the United States. 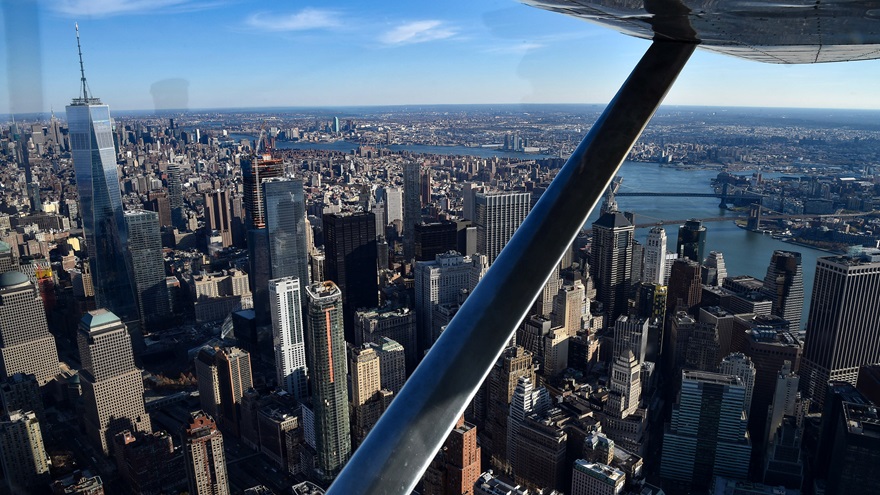 Flying into larger cities is frightening for many pilots, but with good flight planning it can be fun for all. Photo by David Tulis.

One of the biggest challenges of flying to New York City is that it has the least number of airports per capita of the cities on our list, which means that almost all of them are extremely busy. Of the 16 airports inside New York’s Class B Mode C veil, three are major international destinations, and six are far enough away as to be impractical for getting into the city. That leaves only seven viable airports for the biggest city in the country.

Where you land to get into New York City depends most of all on which direction you’re coming from. Although there are only seven options, each is reasonably accessible to the city, so there’s no need to traverse long stretches of the airspace in order to pick a Goldilocks option. For example, coming from the west you’d never want to go to Republic Airport on Long Island. And coming from New England, there’s no reason to go to Linden Airport south of Newark.

Many people know Teterboro Airport for its impressive amounts of jet traffic, beautiful views of the city, and easy access to public transportation. But a few miles farther west is our favorite New York gateway, Essex County Airport. This airport has all the feel of a great small-town airport. There are two runways with a taxiway system to navigate. The fixed-base operator is friendly and helpful, and the prices on fuel and ground handling are not at all New York City-like. It’s also easy to fly there VFR or IFR, and with Uber, the city is only a few minutes farther than it is from Teterboro. You won’t be No. 10 for departure, and your departure instructions won’t be fired at you like gunshot. Finally, it’s an easy trip east to experience one of the country’s most impressive routes, the Hudson River Corridor.

Depending on your perspective, Los Angeles is either a pilot’s dream or worst nightmare. Although there are only 11 airports inside the Mode C veil, the entire LA Basin has about 23 airports that extend from the coast east to the Banning Pass. The airspace is intensely busy, but its access is impressive. There are multiple corridors to traverse from one side to the other, and best of all, the airports offer a variety of access and amenities.

From the busy and endangered Santa Monica Municipal Airport to the sleepy Perris Valley Airport south of Riverside, there is an airport to suit almost every ultimate destination in the LA Basin, and every comfort level. One thing that’s unique about Los Angeles is the sheer number of airports with control towers. If avoiding those towers is your goal, the closest you can get to downtown is Compton/Woodley Airport. You can fly straight into Compton from the east below 2,500 feet and not talk to anyone. For those who prefer the order and oversight of air traffic control, Jack Northrop Field/Hawthorne Municipal has inexpensive fuel and is only a 10-minute drive from Los Angeles International Airport.

One of the great benefits of Los Angeles airspace is the four VFR routes that traverse the area. The Coliseum Route, Hollywood Park Route, Mini Route, and Coastal Route can be found on the Terminal Area Chart. Although they may seem a bit daunting, it’s certainly easier than dodging traffic on I-405.

Despite being the third-largest metroplex in the country, Chicago has only 11 airports inside the Mode C veil, and one of those is Chicago O’Hare International Airport. Assuming you don’t plan to tame that beast, that leaves about 10 options around the city, a few of which are far enough away to not merit consideration for downtown destinations.

Contrasting the low number is the fact that Chicago offers a few easily accessible GA airports very close to downtown. Chicago Midway International Airport might have an imposing name, but it is GA friendly and boasts public transportation. Fuel and parking are pricey, but convenience does have its costs. To the north, Chicago Executive Airport offers great access to the city, and the fuel is cheaper than at Midway. It’s a busy airport with a control tower. If you want to avoid the tower and busy runway layout, try Schaumburg Regional Airport to the west or Bolingbrook’s Clow International Airport to the southwest. Both can get you to the city, albeit a little less conveniently. But they will be easier to operate from.

No flight to Chicago would be complete without a trip down the Lakeshore. The city’s airspace layout makes this one of the easiest urban tours in the country. Simply keep it slightly offshore below 3,000 feet and you’ll be rewarded with a view of Navy Pier, Soldier Field, Willis Tower, and more.

Houston is one of the fastest growing cities in the country, and the city’s airport system is poised for growth. Because of George Bush Intercontinental/Houston Airport on the north side of the city and William P. Hobby Airport on the south side, the city’s Class B is quite large, and the Mode C veil encompasses 16 airports in all.

Despite its international airline traffic, Hobby is a good GA choice as well. There are five FBOs to choose from, and plenty of public transportation options once you’ve landed. Its GA credibility is supported by the fact that the airport has 301 based aircraft, second for primary Class B airports only to Salt Lake City International.

In terms of airports to population it’s hard to beat the Dallas Ft. Worth area. Inside the area’s large Class B Mode C veil are 31 airports, including imposing Dallas Ft. Worth International Airport and Dallas Love Field. Avoid those two and you are still left with some great options.

Heading to Ft. Worth, Ft. Worth Spinks Airport to the south and Ft. Worth Meacham International Airport to the west are superb, easy options. Still in the metro area, you have three options to the south in Arlington, Grand Prairie, and Dallas Executive. Both Dallas Love and Dallas Executive are inside the beltway and offer a number of ground transportation options. They are also both quite busy. Fuel is significantly cheaper at Dallas Executive and all but overnight fees can be waived. That’s unusual at such a large metro area airport.

Just because a city has airline and corporate jet traffic it doesn't mean you can't find great GA options that are still close to the action. Tower, no tower, grass, or pavement, the options are out there for your comfort level and aircraft. 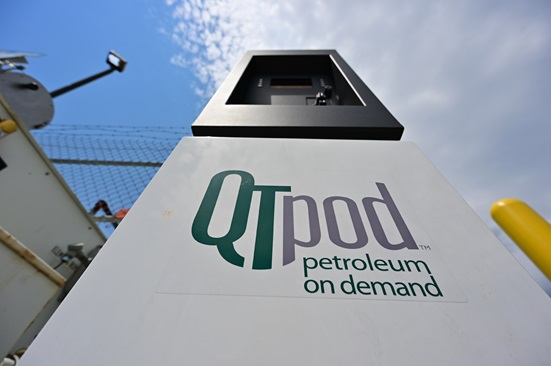 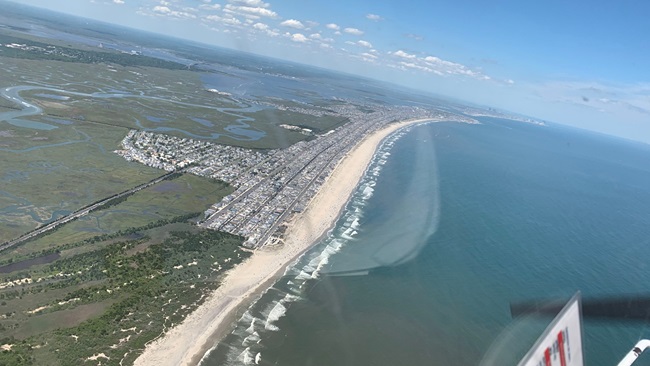