Get the app Get the app
Get the latest news on coronavirus impacts on general aviation, including what AOPA is doing to protect GA, event cancellations, advice for pilots to protect themselves, and more. Read More
Already a member? Please login below for an enhanced experience. Not a member? Join today
News & Videos Annual 'engine summit' looks to aviation's future

Change is coming quickly and innovation will propel general aviation into a future that has only begun to emerge. AOPA is right in the thick of the action. 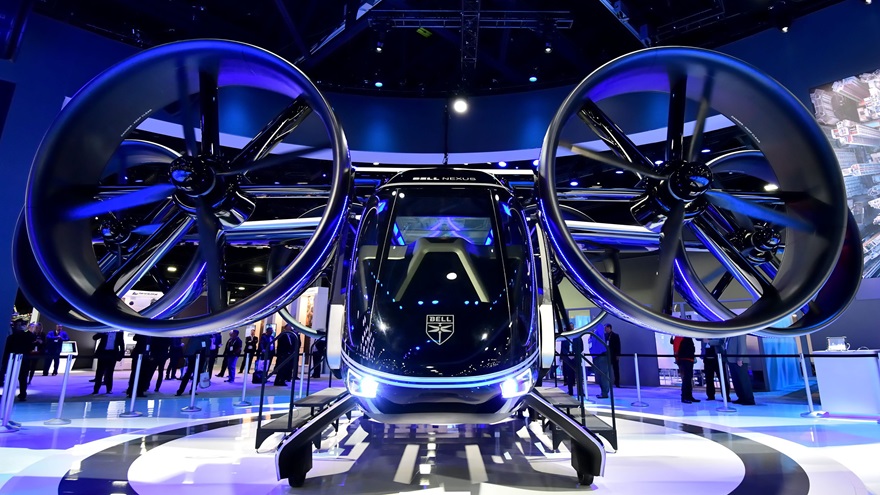 Bell displayed a large-scale mockup of its Nexus, a hybrid-electric vertical takeoff and landing aircraft that targets on-demand mobility. It was the centerpiece of Bell's exhibit at HAI Heli-Expo 2019. Photo by Mike Collins.

From the movement toward electric propulsion of aircraft to the regulatory framework needed to get the new machines flying, there’s much work ahead, said David Oord, AOPA senior director of regulatory affairs, who represented AOPA members at the fourth annual FAA/Industry Engine Summit Sept. 17 and 18.

Oord highlighted developments that emerged as front-of-mind features of the session for the manufacturers, industry groups, and regulators present at the session hosted by the FAA Engine and Propeller Standards Branch at the FAA’s New England Regional office in Burlington, Massachusetts: