Get the app Get the app
News & Media Joe Clark, noted winglet designer, has died

Joe Clark, the entrepreneurial aeronautical engineer who co-founded Aviation Partners Inc., manufacturer of the innovative blended winglets used on many business and commercial aircraft, died March 30. He was 78. 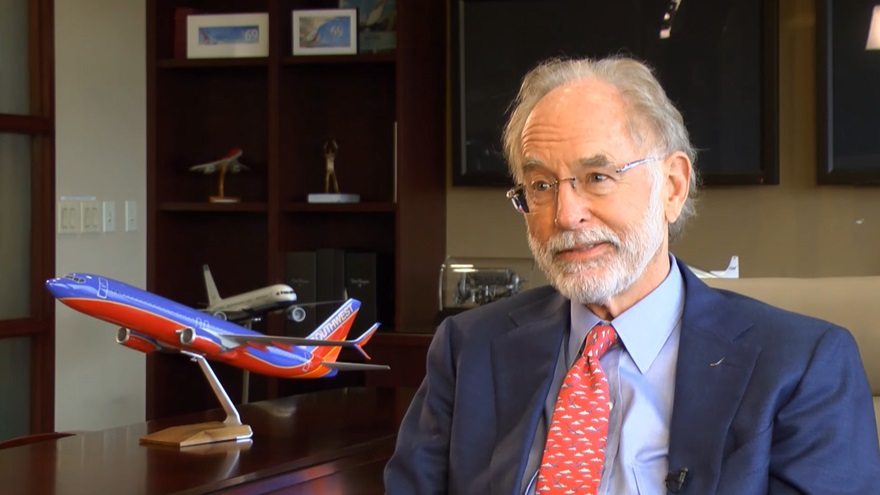 Clark “fervently believed aviation could be a model for green innovation,” said a news release issued by his company on March 31. His now-ubiquitous winglet designs are credited with billions of gallons of fuel savings for the aviation industry.

“When Joe took off his jacket, you almost expected feathers to fall out,” said Gary Dunn, vice president of Aviation Partners. “The sky was his happy place. Being on the ground, selling cool products to improve aircraft performance was another. He could talk airplanes and efficiencies forever.”

Clark was born in Calgary, Alberta, on September 9, 1941. About a month later, his family moved to Seattle. He took flying lessons in college, earning a private pilot certificate in 1961, according to Aviation Partners.

Clark became an active member of the aviation industry “from the moment he left the University of Washington,” with an interest in business jets spurred by his friendship with pilot and entrepreneur Clay Lacy, and aviation pioneer Bill Lear. After working in marketing and sales for Gates Learjet, he formed the carrier Horizon Air with Milt Kuolt in 1981. In 1991, he co-founded Aviation Partners, with Dennis Washington, and they hired “a dream team of retired Boeing and Lockheed aerospace engineers,” going on to market an FAA-approved winglet retrofit of the Gulfstream II jet, according to a history of Aviation Partners Boeing, a joint venture Clark would later form with the aircraft manufacturer.

According to the National Business Aviation Association, blended winglets and split-scimitar winglets have been installed on business aircraft including the Dassault Falcon 50, 900, and 2000; Hawker 800 and 800XP; Boeing Business Jet; and Boeing 737, 757, and 767 commercial aircraft.

In 2015, NBAA honored Clark with a Meritorious Service to Aviation Award for his “extraordinary lifelong professional contributions to aviation.”

“I suspect when they did his first blood draw after he was born they found jet fuel instead of hemoglobin,” commented former Southwest Airlines CEO Herb Kelleher in an interview for a video of tributes to Clark shown on the occasion of the award.

In the video, Clark reminisces about a trip he took to the 1965 air races in Reno, Nevada, where Lacy gave him a ride in his Learjet. That experience “ignited my passion in aviation and I’ve been in the aviation aerospace business ever since,” he said. Soon after, he became the first Learjet dealer in the Northwest.

Clark served from 1999 as a trustee of the Museum of Flight in Seattle, and was a recipient of its annual Pathfinder Award, according to a statement by Matt Hayes, the museum’s CEO.

“In addition to his substantial financial contributions to the Museum over the years, he served on the Collections Committee, the Communications and Marketing Committee, the Exhibits Committee, and countless gala committees. He received his Pathfinder Award in 2008. And perhaps one of the things he would be most proud of is his beautiful 747 blended winglet that graces our West Plaza area of the museum,” Hayes said.

“Those of us lucky enough to know Joe were amazed by his absolute energy in all things aviation,” said longtime friend and AOPA President Mark Baker.

“Joe found extraordinary joy in all things aviation,” said NBAA President and CEO Ed Bolen. “His legacy will long be visible on the thousands of business and commercial aircraft fitted with his winglets to increase performance and efficiency, while also reducing carbon emissions. It will also be deeply felt by the thousands of individuals and aviation organizations Joe touched in his remarkable lifetime. Although Joe has left us too soon, his vision, passion and humanity will continue to take our industry farther and do so more sustainably.”

Dan Namowitz has been writing for AOPA in a variety of capacities since 1991. He has been a flight instructor since 1990 and is a 35-year AOPA member.
Go to Dan Namowitz's Profile
Topics: Aviation Industry, National Business Aviation Association, People