The helicopter community mourned the death of longtime air ambulance pilot, safety advocate, and past Helicopter Association International (HAI) Chairman of the Board of Directors James Wisecup, 71, who died July 30 of cancer in Cedar City, Utah.

HAI President and CEO James A. Viola remembered the safety-conscious Wisecup as a “highly respected member of the rotorcraft community” who was “always willing to share his experience and passion for flying.” 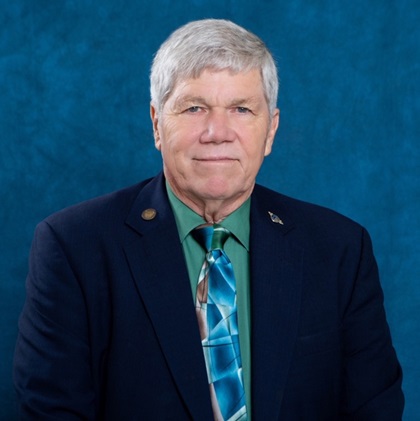 The 16,000-hour helicopter and fixed-wing pilot, who was born on June 17, 1949, began his aviation career straight out of a Houston high school when he enlisted in the U.S. Army to serve as a helicopter pilot in the Vietnam War.

During his military service, Wisecup piloted three helicopters that experienced engine failures because of foreign object damage. The helicopter association said Wisecup recalled that “the first was caused by a mortar round, the second by an artillery shell, and the third by a rocket-propelled grenade.”

TwirlyBirds.org, an international organization of pioneering helicopter pilots founded in 1945 detailed one of Wisecup’s wartime engine failures: He was piloting the lead helicopter during covert operations over Laos on July 20, 1970, when his “aircraft was hit with a rocket propelled grenade that did not detonate but damaged the engine and triggered a fire. Jim flew the aircraft out of the immediate area before it crashed.” Wisecup’s team was rescued by a second helicopter that dropped a ladder and ropes through the jungle canopy to lift them to safety.

The decorated military veteran earned a Purple Heart, a Silver Star, a Bronze Star, and multiple air medals for his combat duty.

Wisecup’s commercial aviation career began in 1974 and included Offshore Helicopters in his native Texas before becoming the chief pilot for Britain-based Bristow Helicopters’ U.S. operations, where his work for the transportation, search-and-rescue, and aircraft support company took him around the world.

He also flew for Arctic Air, Rocky Mountain Helicopters, and Air Methods Corp., where Wisecup served as the assistant chief pilot until his retirement on July 7, 2019.

“Jim was a true leader at Air Methods who positively impacted nearly every aviator that came through Air Methods in the last two decades,” said Raj Helweg, the company’s chief pilot. “We truly lost a great aviator, a wonderful educator, and a tremendous person and friend.”

Later in life the aviator saw the need to close the gap in his education, so he returned to college and completed course work for a bachelor’s degree in aviation science from Southern Utah University. He also worked as an advanced flight instructor and led the school’s aviation advisory board. The FAA Wright Brothers Master Pilot Award recipient and designated pilot examiner performed approximately 700 checkrides with Southern Utah students during his affiliation with the college, the school said.

“SUU was truly blessed to have Jim Wisecup as part of our family,” recalled Michael Mower, the SUU College of Aerospace Sciences and Technologies executive director and chief instructor. Mower said Wisecup’s “influence and involvement” left an “indelible mark on a multitude of young and old pilots. The course of SUU's aviation program is forever changed because of Jim's guidance.”