Get the app Get the app
Get the latest news on coronavirus impacts on general aviation, including what AOPA is doing to protect GA, event cancellations, advice for pilots to protect themselves, and more. Read More
Already a member? Please login below for an enhanced experience. Not a member? Join today
News & Media Virgin Galactic unveils supersonic airliner

Virgin Galactic has reached the precipice of commercial space travel, perhaps just one spaceflight away from toting paying customers above (most of) the atmosphere. Meanwhile, the company created by billionaire Richard Branson just unveiled a supersonic design for speedy travel within the atmosphere. 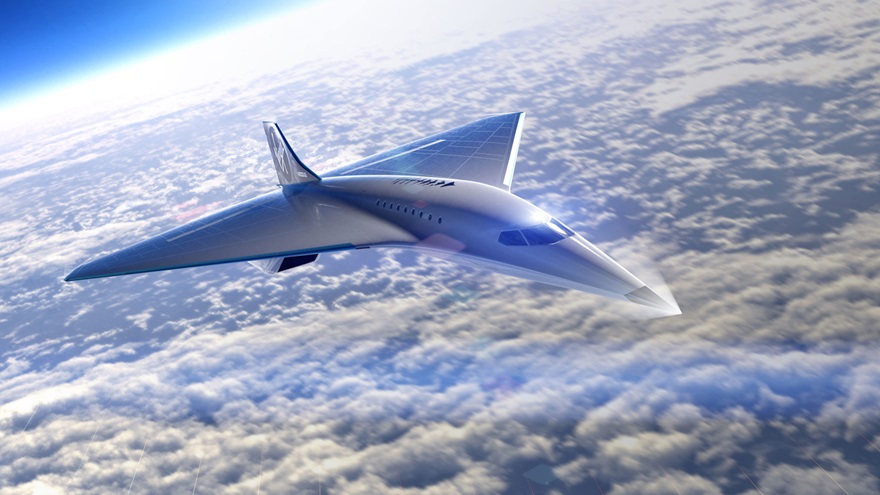 Digital renderings posted online with an August 3 announcement that Virgin Galactic has partnered with Rolls-Royce to develop a supersonic commercial aircraft depict a design with an overall shape familiar to fans of the Concorde, as well as several much more recent efforts to bring back supersonic civilian travel.

Noting that Rolls-Royce also built the engines that propelled the Concorde into the Mach numbers, slashing the travel time from New York to London roughly in half, Virgin Galactic’s Chief Space Officer George Whitesides said a “mission concept review” of the supersonic airline design is complete, and engineering will proceed to refine the design “of a high speed aircraft, which we envision as blending safe and reliable commercial travel with an unrivalled customer experience.”

Customers will get a crack at suborbital space much sooner, Whitesides reported in a July 28 press conference on the occasion of the company’s public reveal of the passenger cabin of the spacecraft that will give passengers a view of black sky, a curved horizon, and a few minutes of weightlessness over New Mexico. Whitesides said FAA approval of the company’s commercial operator license may be just one or two more successful test flights away.

The 600 prospective passengers who have signed up for that $250,000 rocket ride may not have much longer to wait, though those first in line will also be flying aboard a test aircraft: Virgin Galactic plans to conduct “a small number of flights” (after the FAA issues its license) with four of the six passenger seats occupied, Whitesides said, “and, assuming that all goes well, we would then be in position to fly Sir Richard [Branson] to space. That will obviously be a huge moment for the company and for everyone else.”

Virgin Galactic is among a handful of companies vying to establish commercial space programs. Jumping simultaneously into the supersonic air travel race will pit Virgin Galactic against the likes of Lockheed and many others that have worked for years to create quieter supersonic aircraft that can deliver speed without the sonic boom that proved to be the Concorde’s Achilles heel, limiting it to routes over water. Lockheed is building a scale prototype of just such an aircraft for NASA, and Rolls-Royce is also working with Boom Supersonic on a similar concept. Other firms are also vying to restore supersonic travel with modern designs that more quietly split the atmosphere at extreme speed.