Get the app Get the app
Get the latest news on coronavirus impacts on general aviation, including what AOPA is doing to protect GA, event cancellations, advice for pilots to protect themselves, and more. Read More
Already a member? Please login below for an enhanced experience. Not a member? Join today
News & Videos Beachside ball

Few things stir the heart of a baseball fan like the Florida sun shining on baseballs rolling through fresh-cut grass, and major league baseball players emerging at last from their long winter retreats to prepare for the one day each year when every team is tied for first place. Baseball fans who are lucky enough to also be pilots have a unique opportunity to soak in an above-average dose of sunshine and hope, because Florida sports spring training stadiums from coast to coast. 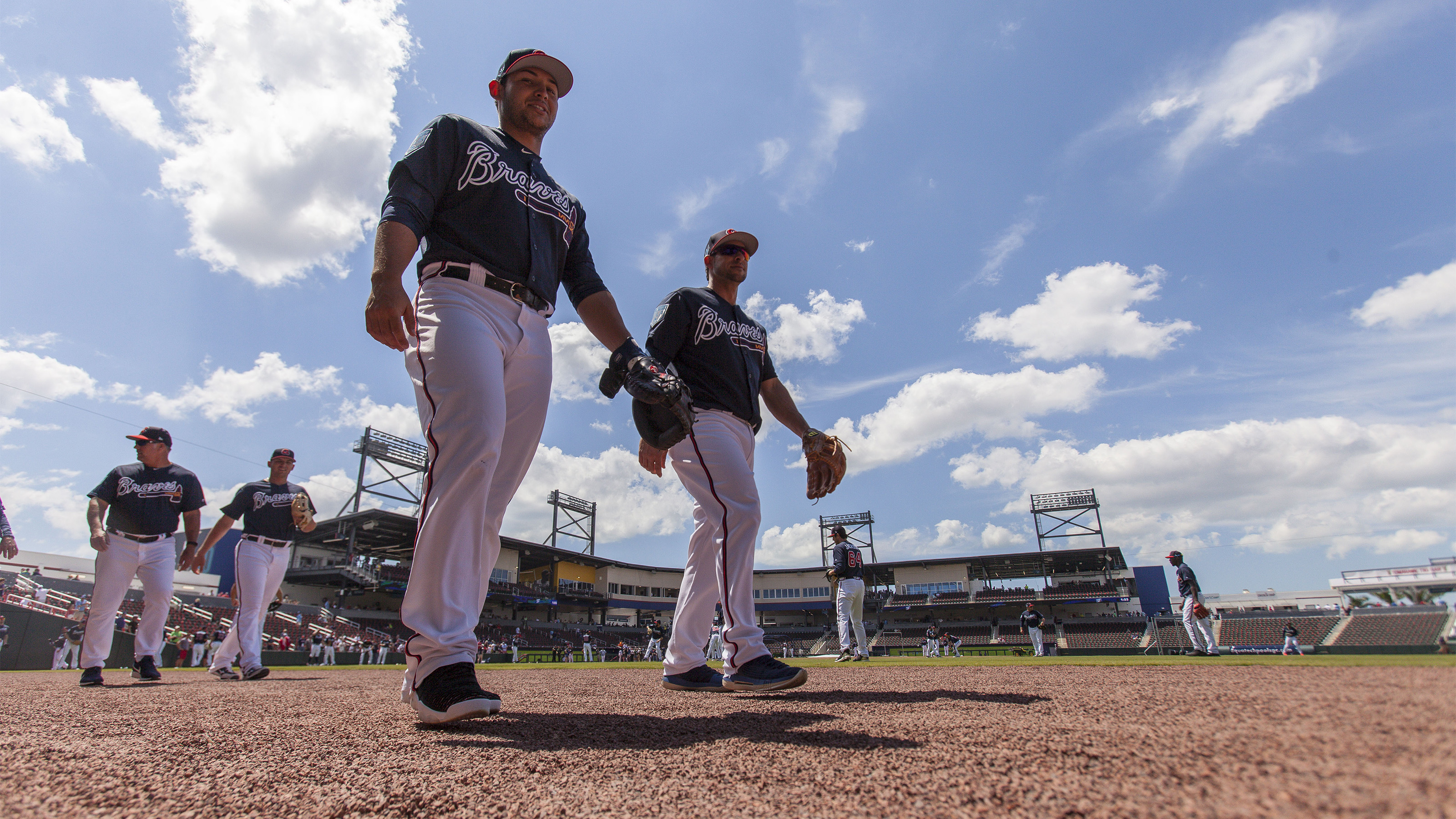 The Atlanta Braves start playing at CoolToday Park for the 2020 Grapefruit League season. The new ballpark is in North Port, between Tampa and Fort Myers in Sarasota County. Photo courtesy of the Florida Sports Foundation.

The Atlanta Braves have moved their spring training to North Port, in Sarasota County between Tampa and Fort Myers, from the ESPN Wide World of Sports Complex near Walt Disney World in Orlando, giving Florida’s Grapefruit League nine stadiums/10 teams on the Gulf Coast and three stadiums/five teams on the Atlantic Coast.

More so than in Arizona, where the other 15 Major League Baseball teams play spring training games in the Cactus League within the greater Phoenix area, baseball fans tend to come to Florida to see their favorite team at the home ballpark. Another option is to base your visit in Tampa or West Palm Beach—both have a small cluster of spring training stadiums. Of course, flying between Florida’s communities with Grapefruit League teams can be an adventure in seeing a range of stadiums and beaches.

Most games are played around 1 p.m. to take advantage of the sunshine and daytime temperatures in the 70s, though there are several night games played each week. General admission tickets start around $10, the venues are smaller and usually bring more player-fan interaction, and each stadium offers concessions and other features that bring a little of the team’s regular-season home to Florida.

Check out the websites below for details on where to fly in (within 20-some miles of the stadiums), Grapefruit League schedules and stadium details for the 2020 spring training season that runs Februrary 21 through March 24 (in one of the earliest opening days on record, the 2020 MLB regular season starts March 26 for all 30 teams), and what there is to do in each community. 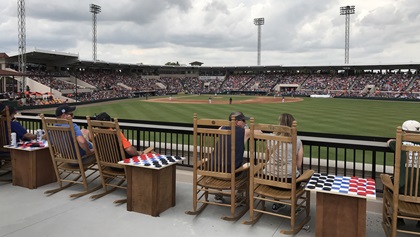 Fly in: Charlotte Sports Park in Port Charlotte is 14 miles northwest of Punta Gorda Airport and 20 miles southeast of Venice Municipal Airport.
Near: Between Sarasota and Fort Myers, the ballpark is next to 380 acres of trails and wildlife viewing at Tippecanoe Environmental Park. The area boasts more than 165 miles of waterways for fishing, boating, and sailing; 12 miles of beaches; and golf. It is a short drive to Englewood beaches or the historic small town of Punta Gorda.
More information: Rays spring training, Charlotte Harbor Gulf Island Coast

Fly in: Ed Smith Stadium in Sarasota is 5 miles southeast of Sarasota/Bradenton International Airport and 21 miles north of Venice Municipal Airport.
Near: Take in beaches and six islands along the coastline; fine dining; attractions ranging from The Ringling, the historic home of the Ringling (circus) family that now houses the state’s art museum, a circus museum, a theater, and gardens.
More information: Orioles spring training, Sarasota County

Fly in: JetBlue Park at Fenway South in Fort Myers is 2 miles north of Southwest Florida International Airport and 9 miles southeast of Page Field.
Near: The park is just a couple miles inland from Hammond Stadium. Both are a short drive from downtown Fort Myers, along the Caloosahatchee River, where there are shops, restaurants, and attractions including the winter homes of Thomas Edison and Henry Ford (now open as museums).
More information: Red Sox spring training, Fort Myers

Fly in: LECOM Park in Bradenton is 8 miles north of Sarasota/Bradenton International Airport, 13 miles south of Airport Manatee, and 26 miles south of Albert Whitted Airport.
Near: One mile from downtown Bradenton, the Riverwalk is the hub of activity. Also enjoy historic attractions; golf; fishing and outdoor adventures; and access to beaches and the gulf islands.
More information: Pirates spring training, Bradenton Fly in: Clover Park in Port St. Lucie is 16 miles south of Treasure Coast International Airport, 24 miles northwest of Witham Field, and 28 miles south of Vero Beach Regional Airport.
Near: Golf courses and the open-to-the-public PGA Village and 21 miles of beaches, including nearly half the coastline considered public preserves are must visits. Plus, take part in fishing, boating, and other water activities.
More information: Mets spring training, Port St. Lucie

Fly in: Roger Dean Chevrolet Stadium in Jupiter is 14 miles east of North Palm Beach County General Aviation Airport, 17 miles north of Palm Beach International Airport, 24 miles north of Palm Beach County Park Airport, and 26 miles south of Witham Field.
Near: This is a golfer’s paradise with more than 50 golf courses in and around Jupiter, as many as 160 throughout the Palm Beaches of South Florida, stretching from Jupiter to Boca Raton. The region also claims 47 miles of beaches, including popular Juno Beach just minutes from the stadium. Busch Wildlife Sanctuary is also close, as well as Jupiter Inlet Lighthouse and Museum.
More information: Cardinals spring training, Marlins spring training, Palm Beach 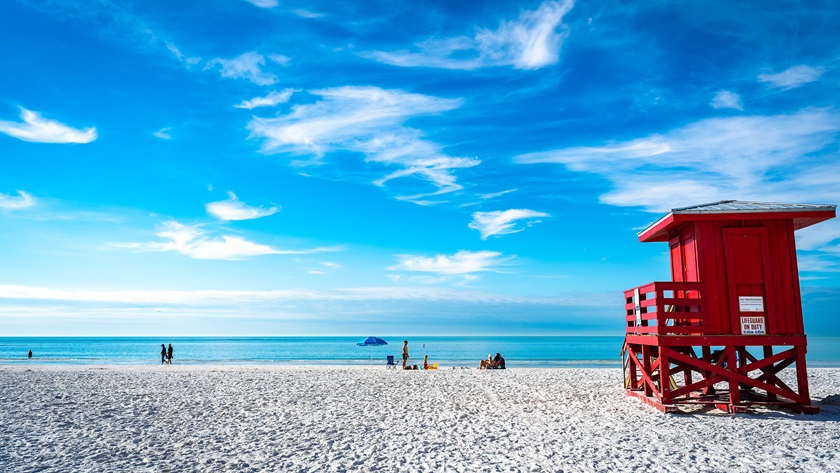 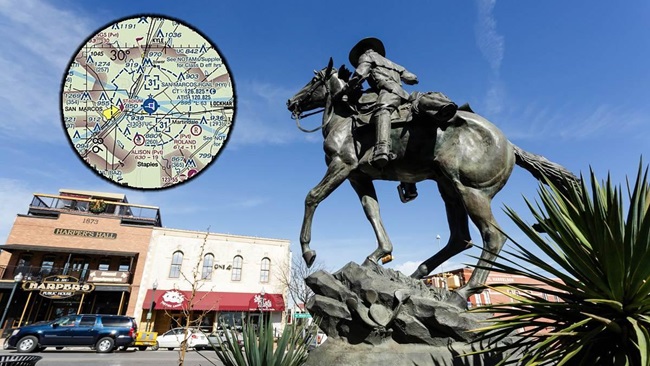 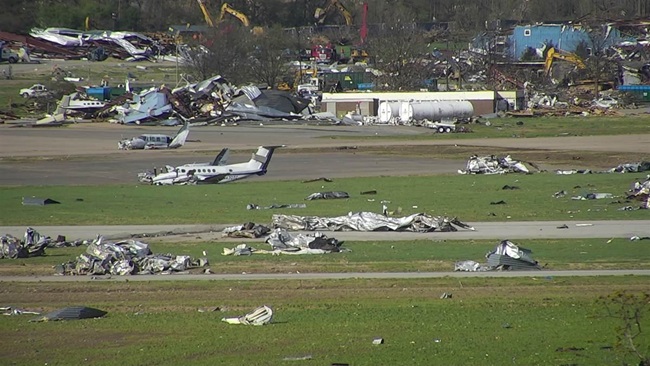