Get the app Get the app
AOPA Members DO more LEARN more SAVE more - Get MORE out of being a pilot - CLICK HERE
News & Media GA a force in national, local economies

General aviation is a $247 billion industry that employed 273,500 workers and indirectly supported 1.2 million jobs while keeping a fleet of more than 211,000 aircraft flying for business and individual operators in 2018, according to a new report that analyzed the industry’s impact and output. 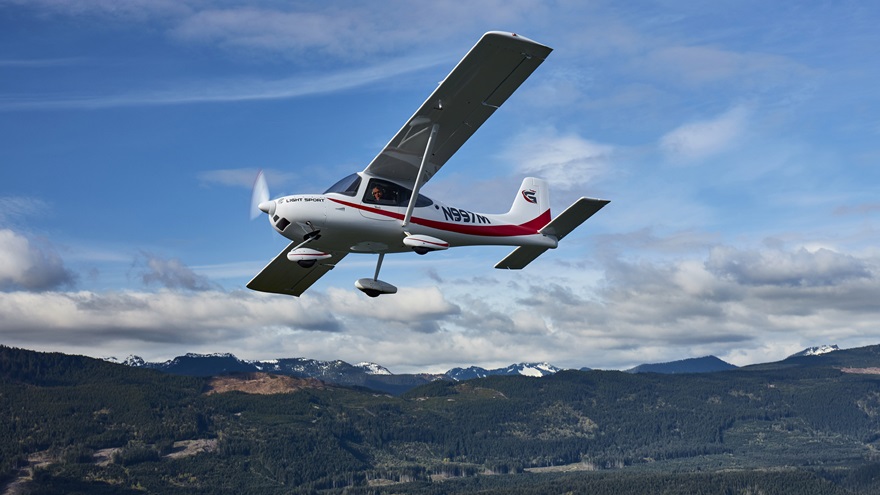 The report, Contribution of General Aviation to the US Economy in 2018, found an upbeat trend in key metrics since the last industry update from 2013. The document, released February 19, was prepared for seven industry associations, including AOPA, by consulting firm PricewaterhouseCoopers.

“General aviation continues to be a positive contributor to our nation’s economy and benefits thousands of communities,” said AOPA President Mark Baker. “We must also continue working together to inspire the next generation of pilots and aircraft technicians and recognize this uniquely American industry and its exceptional impact on our country.”

Other industry-association leaders used words like “dynamic” and “powerhouse” to describe GA’s vital signs in comments to their memberships.

You can measure GA’s importance to the economy from various vantage points—and the report covered the bases, noting that each of the 273,500 full- and part-time jobs directly involved in GA “supported 3.3 jobs elsewhere in the economy.” 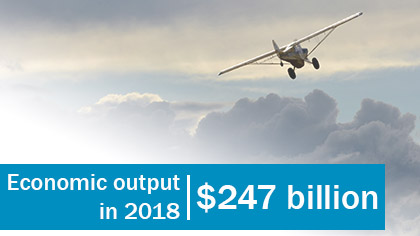 Also, it said, the industry generated $77 billion in labor income—that’s wages, salaries, benefits, and proprietors’ income—and kicked in $128 billion to U.S. gross domestic product. (GDP is the value of the goods and services produced in the United States. GDP was $20.49 trillion in 2018.)

You know the old saying: A billion here and a billion there, and pretty soon you’re talking real money. In light of that adage, here’s a way to bring lofty GDP data down to earth: “Overall, total GDP impact attributable to general aviation amounted to approximately $393 per person in the United States in 2018,” the report said.

Who were the GA players, and what did they do to turn in the results quantified in the report’s 58 pages of data, charts, and breakouts? 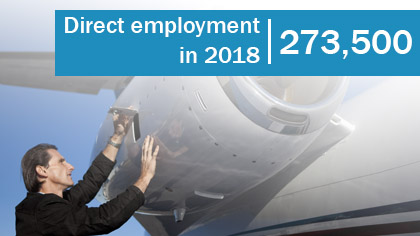 PricewaterhouseCoopers defined the scope of GA as “the manufacture and operation of any type of aircraft that has been issued an airworthiness certificate by the FAA, other than aircraft used for scheduled commercial air service or operated by the military.”

Some selected highlights of the report: 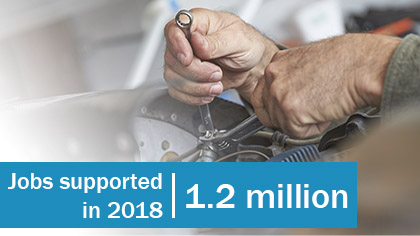 Dan Namowitz has been writing for AOPA in a variety of capacities since 1991. He has been a flight instructor since 1990 and is a 35-year AOPA member.
Go to Dan Namowitz's Profile
Topics: Advocacy, Aviation Industry, Financial