Just weeks after retiring from the helm of the Helicopter Association International, Matthew Zuccaro died February 25 at the age of 70. 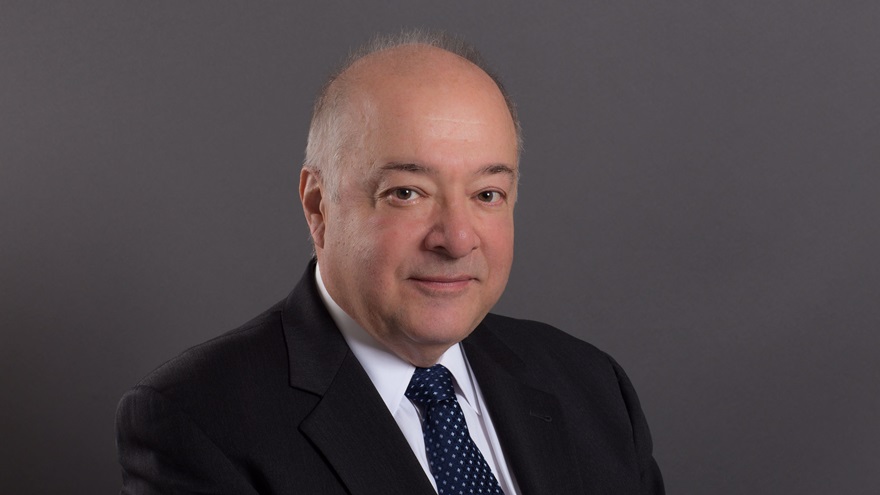 Matthew S. Zuccaro, the immediate past president and CEO of Helicopter Association International, died February 25 at the age of 70. Photo courtesy of HAI.

HAI did not release the cause of death.

Zuccaro had recently attended HAI Heli-Expo in California at the end of January, where he was honored with the FAA Wright Brothers Master Pilot Award for “50 years of professionalism and skill as a pilot,” and where the association’s new president, James Viola, was introduced to the membership.

“Matt was one of a kind in our industry,” said Viola. “Helicopters were part of his life, beginning with his U.S. Army service in Vietnam. Throughout his career, he made safe helicopter operations his priority, and we are a better, stronger, and safer industry today because of his efforts on behalf of rotorcraft. Speaking on behalf of our industry, we have lost a good friend [who] will be missed. We extend our deepest condolences to his wife, Doreen, and his family.”

“Matt's retirement from the industry left a huge void in our lives and his passing brings an even greater loss to us all,” said AOPA President Mark Baker. “Matt was an invaluable and respected leader throughout this industry and his service to our country and passion for aviation will remain in our hearts always."

Zuccaro had been a member of HAI since the 1980s, became a member of its board of directors in 1987 and its chairman in 1991, and then served as its sixth president from 2005 until January, according to the association.

The association grew under Zuccaro’s leadership, requiring a bigger headquarters and hosting what became the “world’s largest helicopter trade show”—HAI Heli-Expo, according to a recent article in ROTOR magazine.

Zuccaro was an advocate not only for the helicopter industry but for all of general aviation. He was actively involved in advocating for flight training benefits for veterans, and on other important issues such as “air traffic control privatization, user fees, and the safe integration of drones into the airspace,” as well as ADS-B services, the article noted. He also supported growing the pilot population and emphasized safety, including the launch of the “Land & LIVE” safety initiative that encourages helicopter pilots to land the helicopters instead of continuing into deteriorating weather, the article said. He also received “HAI’s Pilot Safety Award for 10,000 accident- and violation-free flight hours.”

Zuccaro advocated for many of the same issues that AOPA pursued and frequently joined AOPA leaders on panel discussions about the state of the GA industry. In 2009, he was already noting the declining helicopter pilot population and working with aviation associations to try to stem that.

“My tenure as president and CEO of HAI has been the highlight of my working life. Leading this association offered me the opportunity to pay back the industry that has provided me with a rewarding and fulfilling career,” Zuccaro wrote in a retirement message to HAI members.

Of Zuccaro’s retirement, Baker had said, “From serving our country to supporting safety improvements that will make this industry safer than ever, it has been a pleasure to work alongside Matt.”

Zuccaro got his start in aviation flying the Bell UH–1 Iroquois “Huey” helicopter in Vietnam. 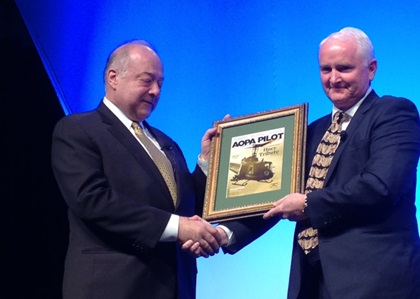 “During his year in Vietnam, Matt served with the 7/17th Air Cavalry, flying Hueys in and out of combat. For his service, Matt received 2 Distinguished Flying Crosses, 4 Bronze Stars, 1 Air Medal for Valor, and 19 Air Medals,” the ROTOR magazine article noted.

During HAI Heli-Expo 2014, AOPA President Mark Baker presented Zuccaro with a framed copy of the cover of the March 2014 issue of AOPA Pilot that featured a Bell Huey helicopter.