Pilot James Lipton, the bearded baritone host of the TV program Inside the Actors Studio died March 2 at age 93. He wore his “AOPA wings” on his suit jacket lapel because he was as proud of his aviation background as he was of his many screen and stage contributions. 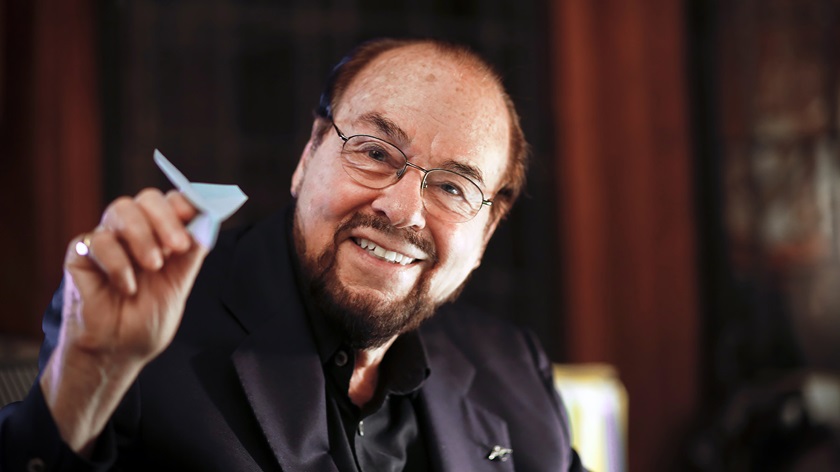 During an interview with comedian Robin Williams, the Good Morning Vietnam actor flipped Lipton’s prized AOPA wings the other way around, leading Lipton to school Williams on their proper display. “No, that’s the way it’s supposed to be,” Lipton said, spinning the emblem back, with wings pointed downward.

“You want the eagle upside down?” Williams asked. The host explained that “the wings slope down” in the then-current Aircraft Owners and Pilots Association symbol.

Aviation was a passion since childhood, the TV host told AOPA Pilot magazine during a 2012 interview, but the price of flight lessons presented a challenge, so he joined the military and qualified as an aviation candidate, although he did not complete the training. After peace broke out, military pilots were required to rejoin for four years, so Lipton left the service and studied law.

He worked as an actor to help pay for law school, and that led to jobs as a voice-over artist, screenwriter, producer, director, and academic. Lipton joined the cast of the soap opera The Guiding Light in 1952, became a writer on the series, and went on to write for other soaps. In the late 1970s, Lipton began producing TV specials, including several that featured comedy legend Bob Hope, CNN reported upon his death.

In 1980 he earned his private pilot certificate after training primarily in a Cessna 152 and 172 at East Hampton Airport. One of his greatest challenges and triumphs was scoring a 97 on the FAA private pilot written examination, “which was the highest score that anyone had gotten at our flight school in a long, long time,” he told AOPA Live Video Producer Paul Harrop. “I felt that I was qualified to continue to take my checkride and get the ticket and ask other people to put their lives in my hand.”

Some of the same principles that guided Lipton’s aviation also steered his show. He was known for meticulous research listed on a stack of blue cards that included interview questions, reminders, and little-known facts about his guests.

The New York resident hosted the one-on-one Inside the Actors Studio program for more than 20 years and was known for engaging A-list guests—including pilots Harrison Ford, Tom Cruise, John Travolta, and Angelina Jolie—with a candid banter that included probing questions that caused them to bare their innermost thoughts.

The New York Times reported that “the formula worked, and among the 275 or so stars he interviewed were some of the brightest: Paul Newman, Alec Baldwin, Neil Simon, Sally Field, Dennis Hopper, and Sidney Lumet, to name a few—and they came along in just the first season.” The newspaper wrote that Lipton’s show “became a coveted stop for writers, directors, and performers,” who would give Lipton “some of their longest and most unguarded interviews.”

AOPA previously reported that during a “bucket list” flight in a 1956 Aeronca Champ along Alaska’s Iditarod Trail, Lipton “lost the engine, in a snowstorm, flying through a mountain pass.” Under the guidance of the aircraft’s owner, he entered a “steep slip, which loosened whatever was blocking the fuel line, and the engine restarted.” Recalling the experience, Lipton said, “No airplane engine has ever sounded louder—or more beautiful.”