Get the app Get the app
Already a member? Please login below for an enhanced experience. Not a member? Join today
News & Media Treasured Minnesota airport faces closure

Isle Airport on Mille Lacs Lake in Isle, Minnesota, is an iconic landmark to the Isle Flying Club and its more than 200 members, but unless the city acts to clear overgrown trees, the airfield faces imminent closure. 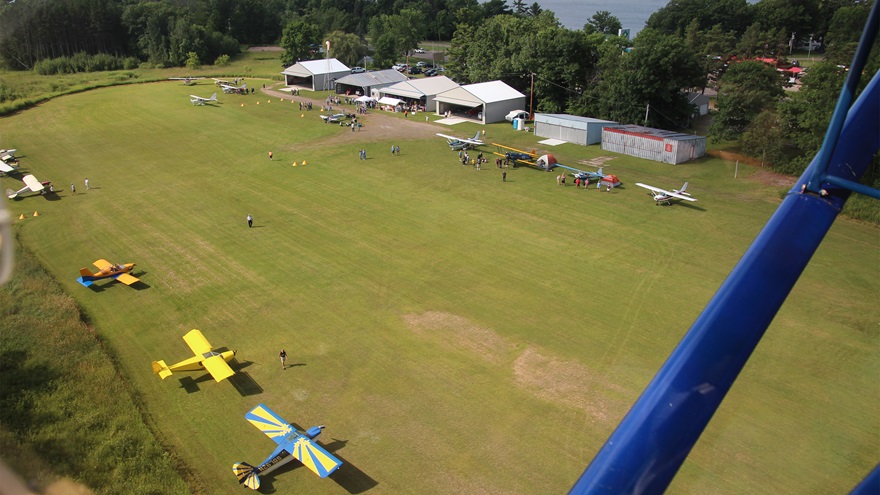 Since 1980, the Isle Flying Club has leased the private airport and has been solely responsible for the upkeep and maintenance of the 2,500-foot grass strip and its surrounding facilities—including a pilot shack and some hangars.

But the city is facing pressure by the Minnesota Department of Transportation Office of Aeronautics to clear trees on the approach end of the runway or the airport’s operating certificate will be revoked. Should the trees be cleared, the small airport would be eligible for state grant funds and regain public status—a win for all. While no timeline was given by the state, the closure could occur as early as the spring.

AOPA, along with local members of the Isle Flying Club, the Recreational Aviation Foundation, and the Minnesota Pilots Association, is hosting a public town hall on March 4 to educate the community on the value of the airport and dispel rumors about funding should the trees be cleared.

“Isle is a unique case—it’s an airport that has been publicly owned but essentially private use for years. If the community can realize the value of the airport and nudge city council to keep the asset alive, it is a win-win. To have the airport become public use is a big deal for aviators in the area and the local economy,” said AOPA Great Lakes Region Manager Kyle Lewis.

The town hall is scheduled for March 4 at 6:30 p.m. Central time at McQuoid’s Inn and Event Center in Isle.