Get the app Get the app
Get the latest news on coronavirus impacts on general aviation, including what AOPA is doing to protect GA, event cancellations, advice for pilots to protect themselves, and more. Read More
Already a member? Please login below for an enhanced experience. Not a member? Join today
News & Videos Quake shakes Salt Lake City 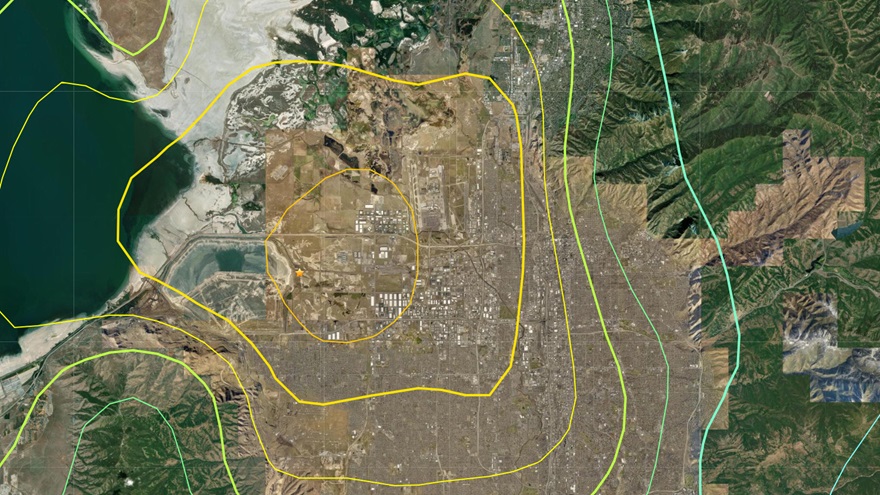 This map created by the University of Utah and distributed by the U.S. Geological Survey shows the epicenter (star) of the magnitude 5.7 earthquake that shook the region March 18. Salt Lake City International Airport resumed limited operations with a temporary tower within a few hours.

The U.S. Geological Survey reported a series of aftershocks with more expected to follow the main tremblor that began shaking the ground just after 7 a.m. local time. It was the largest earthquake Utah has seen since 1992, and the first of a magnitude 5 or more since 1962.

Area residents already hunkered down in the midst of the coronavirus pandemic awoke to shaking homes, power outages, chemical spills, and gas leaks, according to The Salt Lake Tribune, which made its online coverage free to all users and updated that coverage many times throughout the day.

No injuries were reported, though many buildings and local landmarks were damaged. The airport is not far from the epicenter, which was just northeast of Magna, Utah, and the newspaper reported that the air traffic control tower was evacuated soon after the shaking began.

Airport operations were shut down and the terminals and concourses evacuated, airport spokeswoman Nancy Volmer told the local newspaper. The airport announced resumption of limited operations, including some cargo and GA flights, about five hours after the earthquake.

FAA notams detailed additional impacts, with various radar systems and navaids out of service, and a temporary tower in use.

The FAA said March 18 that a mobile tower was expected to arrive from Idaho in the evening, and that local air traffic controllers were meanwhile handling flights from the airport ramp. A detailed inspection of the control tower’s structural integrity was to be conducted before the facility was returned to service. The FAA had also shifted terminal approach control temporarily to the Salt Lake Air Route Traffic Control Center.

State public safety officials urged residents to shelter in place as damage assessments were ongoing in a message blast two hours after the quake, and state officials worked with the USGS to refute rumors that an even larger shock was expected. The official USGS aftershock forecast indicated a magnitude 7 quake was a remote possibility, a 1 in 300 probability, though there remained a 17 percent chance of a magnitude 5 or greater aftershock.

AOPA advised pilots to avoid nonessential flights into or out of Salt Lake City, and to carefully and frequently check notams for further information. 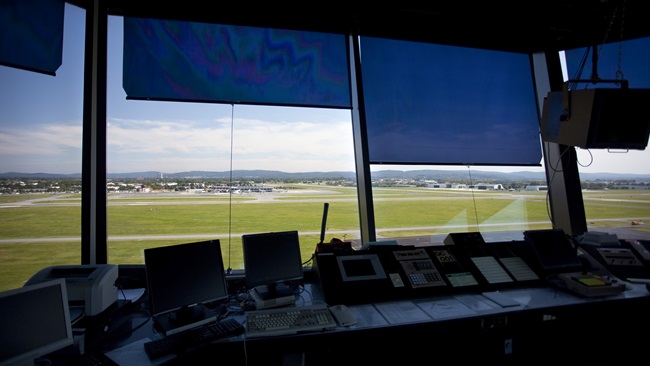 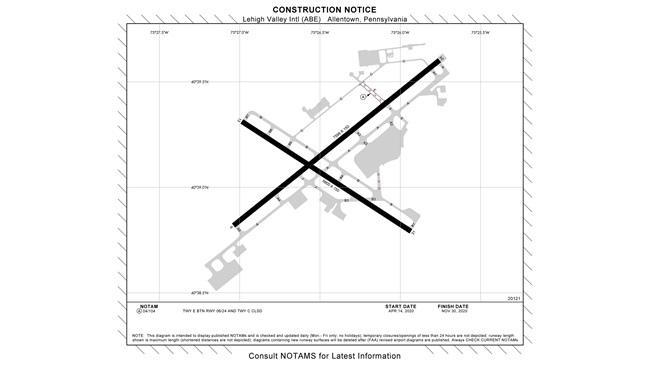 IFR Fix: If you build it, post a notam 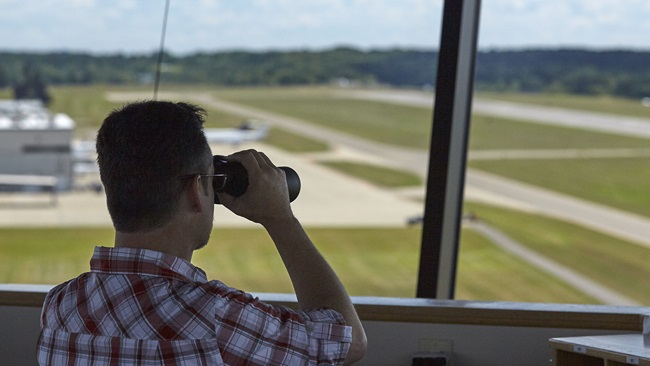 FAA to scale back ATC service as traffic declines