Get the app Get the app
AOPA will be closed July 4th, in observance of the Independence Day holiday. We will reopen at 8:30 am ET on Tuesday, July 5.
News & Media eFlyer gets Garmin glass 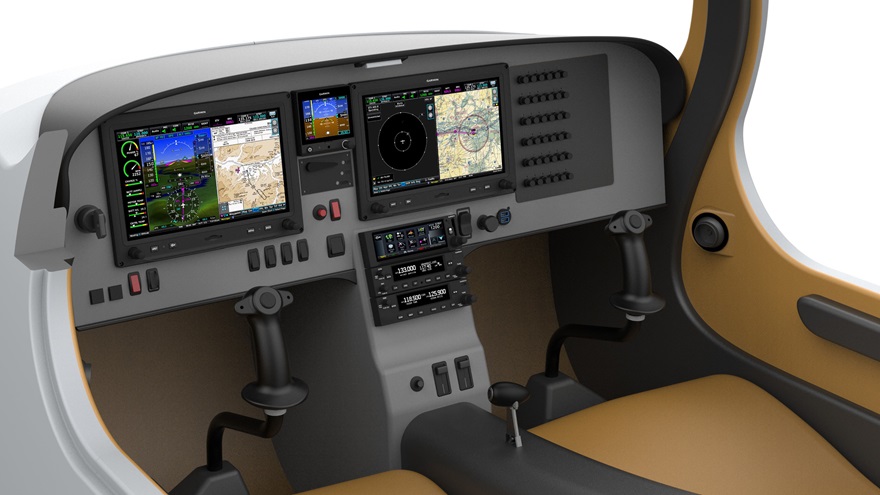 “Bye Aerospace continues to mature the integration of the G3X avionics with the next-generation instrument panel and electric propulsion system displays for the eFlyer 2,” said George Bye, CEO of Bye Aerospace. “We are working closely with Garmin to produce the safest, most reliable and most innovative electric pilot training aircraft ever produced.”

The airplane’s first flight was on April 10, 2018, at Denver’s Centennial Airport, home of Bye Aerospace. A four-seat variant, the eFlyer 4, will be certified for IFR operations.

The $349,000 eFlyer 2 uses a 90Kw/120-horsepower Siemens SP70D electric motor powered by up to six lithium-ion battery packs, although tests of lithium-sulfur batteries have been announced as lighter, more durable, and longer-lasting alternatives.

The eFlyer 2’s maximum cruise speed is projected to be 135 knots; its maximum endurance is targeted at 3.5 hours of flight time; and its initial rate of climb is 1,050 fpm. Its empty weight is set at 1,460 pounds, and its max gross takeoff weight will be 1,900 pounds.

The airplane will be certified under FAR Part 23. In April 2019, Bye Aerospace had received nearly 300 orders for electric aircraft, and in October Quantum XYZ placed an order for “several hundred” aircraft, including the eFlyer 2 and eFlyer 4 models.

AOPA Pilot Editor at Large
AOPA Pilot Editor at Large Tom Horne has worked at AOPA since the early 1980s. He began flying in 1975 and has an airline transport pilot and flight instructor certificates. He’s flown everything from ultralights to Gulfstreams and ferried numerous piston airplanes across the Atlantic.
Go to Thomas A. Horne's Profile
Topics: Avionics, Electric