Get the app Get the app
Get the latest news on coronavirus impacts on general aviation, including what AOPA is doing to protect GA, event cancellations, advice for pilots to protect themselves, and more. Read More
Already a member? Please login below for an enhanced experience. Not a member? Join today
News & Media From idea to overflight in 18 days

A dedicated cadre of volunteers at the National Warplane Museum in Geneseo, New York, planned an ambitious series of flyovers of key hospitals, Veterans Affairs facilities, city centers, and parks in the Buffalo, Rochester, and Syracuse areas to honor first responders and essential workers making sacrifices during the COVID-19 pandemic.

Operation Thanks from Above

And when May 16—the designated day for “Operation Thanks from Above”—dawned with a persistent fog that was slow to burn off, they scrambled to revise those plans so no scheduled community was left behind.

The result was so successful that the museum will do it all over again—on June 6, the seventy-sixth anniversary of D-Day.

On April 28, Austin Wadsworth, the museum’s president, announced that a series of western New York flyovers, led by its Douglas C– 47A Skytrain named Whiskey 7, would be planned for May 16.

“These are interesting times we are living in. Each worker, family, and organization has had to make drastic, unusual, and spontaneous changes to the way that we all conduct life and business,” Wadsworth said. “On the front line, we are fortunate to have first responders and essential workers who take risk to ensure that safety, care, and supplies are available to everyone, every day.”

“We’re doing what everyone is doing, and trying to figure out what reopening means,” said Todd Cameron, director of flight operations for the National Warplane Museum. The museum’s annual Geneseo Airshow, scheduled for June 13 and 14 in Geneseo, New York, has been canceled for this year. The museum still hopes to have some kind of aviation event in Geneseo during 2020, if conditions allow; check the museum’s website and social media for announcements.

And the museum’s C–47A was ideally suited for the mission. Known as Whiskey 7 for the W7 squadron designation painted on its nose, the World War II veteran aircraft led the second wave of the D-Day invasion June 6, 1944, when it dropped 82nd Airborne Division paratroopers over Sainte-Mère-Église, Normandy, said Todd Cameron, director of flight operations for the museum. “People associate it with values like hope, sacrifice, and patriotism. People found it very emotional when it flew over. That’s what we wanted,” he said.

And the C–47 flew over a lot of people. “We covered 95 sites over six-and-a-half hours of flying and had 440,000 Facebook followers. The National Warplane Museum’s website ramped up from 10,000 visits a day to 20,000 to 38,000,” Cameron said. “And we believe that to our knowledge, this has been the longest COVID flyover in the country to date.” The total distance was 580 nautical miles, he added. “For that day W7 was the most tracked aircraft in the world,” according to online flight tracking site Flightradar24.

“For the entire week leading up to it, the phone calls were unbelievable—from nurses crying on the phone that couldn’t believe we were coming to their hospitals, to doctors who hadn’t been able to share good news in two months,” he recalled. “We had hospitals cover their roofs and helipads with doctors and nurses. Cars lined the roads, and some university parking lots were full.” 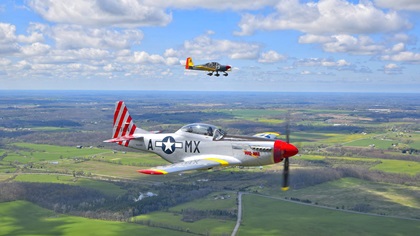 What inspired the idea?

“Everyone at the museum is very involved in the airshow industry,” Cameron said. “We felt very strongly that while the museum is closed and our normal missions can’t be accomplished—and the airshow industry has been decimated for the year—we really needed to get our assets out and use them for some good.” Because it’s not good for aircraft to sit, the museum could combine pilot proficiency with exercising the equipment.

“We put the cart before the horse and announced the tribute flight without knowing how we would pull it off,” he confessed. “The community was more excited about the flyover than we were, and it was clear a lot of people wanted to take part.” Support, including financial support, for the project was strong. “We had small businesses that have their own challenges sending us sponsorship dollars that we were surprised by.”

But putting it together wasn’t easy. Like so many other facilities, the museum has been closed because of the pandemic. “The actual flight crews had not been able to do checkrides in the airplanes yet, because of COVID, so we had to get their checkrides done,” Cameron said, noting that some are professional pilots who had to travel from around the country.

“No matter how much planning you do in aviation, it never works out that way. And all of western New York was covered in fog the morning of the event,” Cameron said. “It was a ground fog that was not burning off very quickly at all. We weren’t able to get to our first seven checkpoints.” But the flight was back on track by Buffalo. While the pilots flew, more than 20 volunteers on the ground revised the second leg of the mission, communicating the changes to local media. 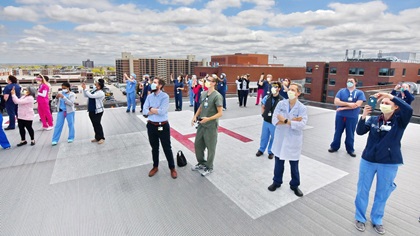 The aircraft landed in Rochester for fuel and returned to Geneseo for a crew change and lunch, before launching on the revised second leg—which included all the locations missed that morning. “The results were that at the end of the day, we made all [of] them,” Cameron said. “It was amazing, given that weather challenge in the morning, that we were able to do that.”

Whiskey 7 flew with Mad Max, a North American P–51 Mustang owned by Lou Horschel and based in Dunkirk, New York. “He has been a longtime friend of the National Warplane Museum who also owns a Corsair,” Cameron said. Also participating was a Van’s Aircraft RV–10 flown by Dan Maloney that served as a photo ship to help document the event.

“This was a remarkable demonstration of what a volunteer organization can do within 20 days, for the right reasons,” he said. Camaraderie kept about 50 volunteers working, sometimes until 2 a.m., the week before the event. “There were a lot of moving parts. And I can’t say enough about all our regional air traffic controllers, who were very helpful.”

The tribute was exactly what the museum and volunteers wanted it to be, and was so successful that Operation Thanks from Above, Southern Tier, launches June 6—76 years to the day after Whiskey 7 flew over the beach in Normandy. This second phase will overfly 45 sites extending from Jamestown east to Binghamton, including the communities of Olean, Wellsville, Hornell, Bath, Corning, Elmira, Cortland, Ithaca, and Watkins Glen. Takeoff from Geneseo is planned for 9:30 a.m. Eastern Daylight Time.

“We’re looking forward to going out on June 6 and giving people more reasons to look up and smile,” Cameron said. “I think everyone’s in need of that right now.” 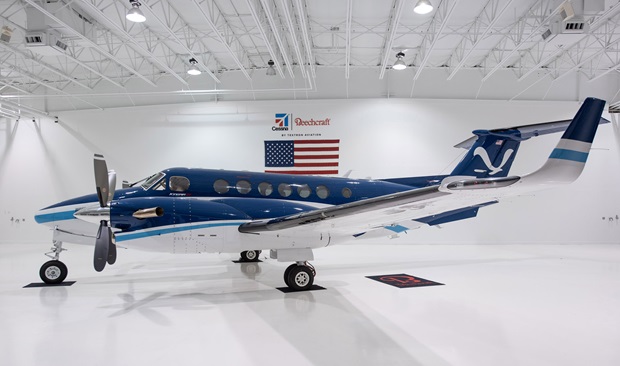 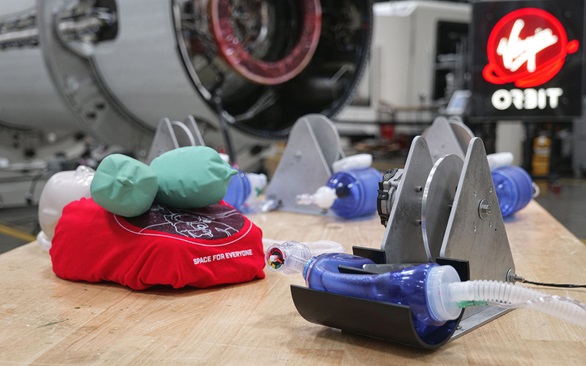