Does it make sense to expand a flight training business during a pandemic? Todd Cameron, founder and owner of New York-based OnCore Aviation LLC, thinks so. 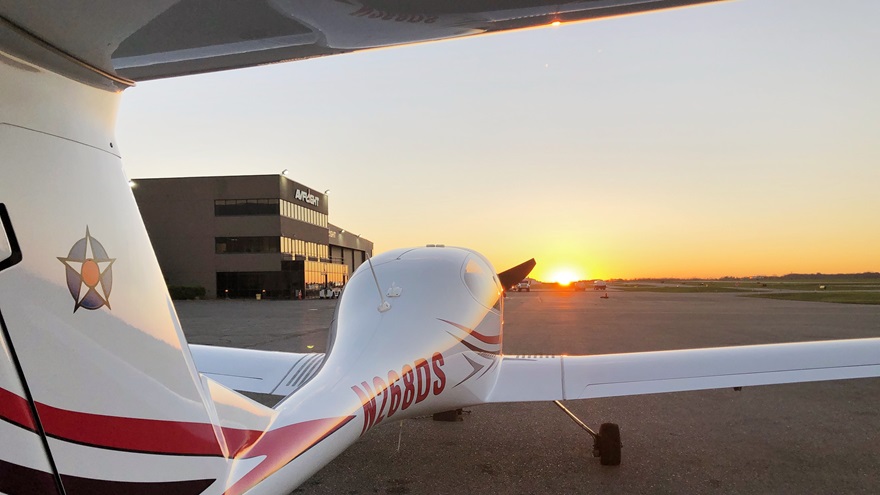 Cameron launched OnCore at Frederick Douglass-Greater Rochester International Airport five years ago, and a second location added in Niagara Falls last year continues to grow. “It’s going like gangbusters,” Cameron said. At the end of October, he acquired the Prior Aviation Service Inc. flight school in Buffalo as OnCore’s third location. The acquisition is a huge step in making modern flight training accessible to anyone in western New York, he said.

OnCore takes a different approach to flight training than traditional schools, Cameron explained. “It’s not just about modern airplanes with glass”—most of the OnCore fleet is comprised of newer Diamond aircraft—“it’s taking a modern approach to flight training.” For example, the school introduces standard operating procedures, stabilized approaches, and cockpit flows to its primary students. “We’re bringing those things to the first 20 hours of flying, so [the students] don’t know anything different—they’ve been exposed to it all along.”

“Because of the focus on modern flight training, the community in western New York has come flocking,” he added. “People are looking for that level of professionalism, nice airplanes to fly, instructors who bring professional experience to training. People will pay for value.”

One big change in Buffalo is that Prior was a flight school only and did not rent aircraft. “The OnCore business model promotes proficiency. You need to go out there and fly.” OnCore’s model is membership-based. “Our members pay a monthly fee. All current members get one hour free in an [advanced aviation training device] per month. If they’re taking advantage of that, it kind of wipes out the membership fee and increases proficiency,” Cameron said. “We are not a club. We are a flight school. We are here to grow; that requires investment, that requires profit, that requires smart business decisions.”

OnCore maintains an active calendar of safety seminars and other events, and its instructors encourage customers to participate in the FAA’s Wings Pilot Proficiency Program, employing a combination of online and in-person content. “It’s been huge for us,” Cameron said. “I think almost 30 percent of our membership represents rusty pilots.” OnCore’s newer aircraft often are more appealing to a spouse, and the school’s approach to instruction appeals to pilots, he noted. “Some [rusty pilots] have proceeded to the point of shopping for a new airplane.

The school has been leveraging AOPA’s Rusty Pilots program, employing a combination of online and in-person content. “It’s been huge for us,” Cameron said. “I think almost 30 percent of our membership represents rusty pilots.” OnCore’s newer aircraft often are more appealing to a spouse, and the school’s approach to instruction appeals to pilots, he noted. “Some [rusty pilots] have proceeded to the point of shopping for a new airplane.

“I think a big part of the buzz around what we are doing is that we’re leveraging technology, when the rest of the flight school community is still a little afraid of it,” Cameron added. “I think that flight schools have a lot to gain, not only in perception of their brand but in safety, by bringing technology to the table.”

Although commercial airlines still face unprecedented uncertainties as a result of the pandemic, Cameron believes that over the long term, employment opportunities remain very good. “The pilot shortage will be back,” said the longtime advocate for science, technology, engineering, and math education and increased awareness of trade skills. “Our goal is to be the thought leader in a worldwide community of modern flight training and a company that impacts our entire aviation ecosystem.”

Awareness of interactions and dependencies with other entities has benefitted OnCore. “We have grown organically over the past five years because we work with our ecosystem,” including the airport authority, air traffic control, fire department, and TSA. “When you work on activities that benefit the entire ecosystem, that benefits you. Now we get calls from our airport asking, ‘What can we do for you?’”

“This is a business model that starts with flight training and evolves into economic stimulus for local airports, and job opportunities that will shape the industry for years to come,” said Andy Moore, director of the Greater Rochester International Airport and president of the New York Aviation Management Association.

The flight school plans a significant increase in its reach next year. “What OnCore is going to be doing in 2021 is driving Small Airport Days,” benefiting local communities, businesses, and airports, and offering introductory flights. Cameron said he has identified 48 airports in western New York capable of supporting this model.

Cameron recently gathered 36 instructors and staff to discuss fear around the COVID-19 pandemic, which continues to rage around most of the nation. “This pandemic is forever changing how business is done. It’s just not going to be done the way it’s always been done. Personally, I think that’s an opportunity. I think we have the opportunity to visualize how modern flight training could be completely different 10 years from now. It’s kind of a fun exercise to go through.”

Customer feedback plays a huge role in the process as well. “It’s just my job to steer the ship in the direction our members are asking for,” he explained. Then the business’s direction becomes “a vision that they saw, and not a vision that I saw.”

Cameron said he has plans to add two new locations in 2021, and grow the aircraft fleet as well—most likely with additional Diamond aircraft.

Technical Editor
Mike Collins, AOPA technical editor and director of business development, died at age 59 on February 25, 2021. He was an integral part of the AOPA Media team for nearly 30 years, and held many key editorial roles at AOPA Pilot, Flight Training, and AOPA Online. He was a gifted writer, editor, photographer, audio storyteller, and videographer, and was an instrument-rated pilot and drone pilot.
Go to Mike Collins's Profile
Topics: Flight School, Flight Instructor, Student 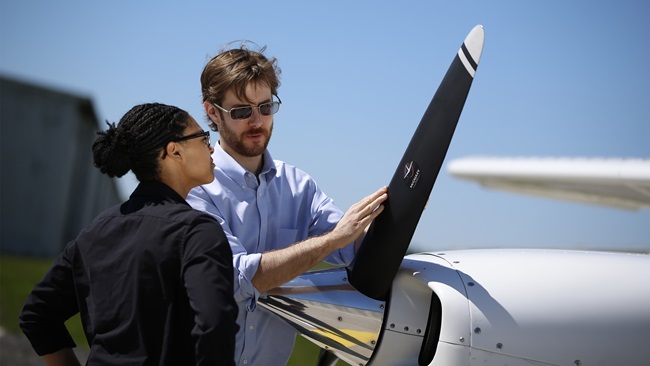