Get the app Get the app
Get the latest news on coronavirus impacts on general aviation, including what AOPA is doing to protect GA, event cancellations, advice for pilots to protect themselves, and more. Read More
Already a member? Please login below for an enhanced experience. Not a member? Join today
News & Media Aviation groups strive to protect warbird flight training

AOPA and five other aviation associations have filed a “friend of the court” (amicus curiae) brief to provide background to a federal judge who is about to issue an opinion that could impact the future of flight training, especially as it pertains to training in warbirds and experimental aircraft. 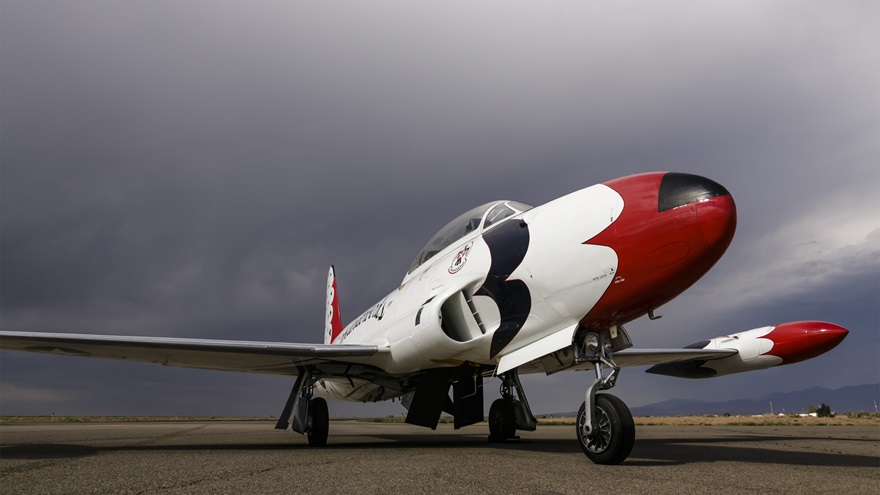 The case, Warbird Adventures, Inc. et al. v. FAA, challenges a cease-and-desist order issued to Warbird Adventures and its owner by the FAA in which the agency alleges that the company is operating a limited category aircraft for compensated flight training without a required exemption. However, depending on how the judge rules, the case could have a far-reaching impact on other types of training and the ability for flight instructors to charge for instruction and for aircraft owners to easily access flight instruction in their own airplanes.

The brief, which was submitted by AOPA, the Experimental Aircraft Association, the National Association of Flight Instructors, the International Council of Air Shows, the General Aviation Manufacturers Association, and the North American Trainers Association, is designed to help the judge understand the broader issue of compensation for hire as it relates to flight training, said Justine Harrison, AOPA’s general counsel who is also representing ICAS, NAFI, and NATA in the case. “We don’t want broad language in a judge’s decision, which could lead to restrictions with sweeping effects on flight instruction, including the creation of barriers for owners of limited category aircraft to receive training in their own airplanes.”

Historically, limited category aircraft owners have paid instructors for training in their own aircraft just as they would in a standard category aircraft. However, the FAA’s broad arguments in this case assert that anyone flying limited category aircraft, including owners, must now have an exemption for any training involving compensation. The petitioner in this case did not have an exemption and believes he does not need one under his interpretation of the federal aviation regulations. His assertion is based on prior applicable FAA interpretations, the lack of any regulation that specifically prohibits training in limited category aircraft, and lack of a formal FAA policy announcement regarding exemptions being required for training. The FAA disagrees, and Warbird Adventures and its owner have exercised their right to elevate the case to federal court and ask the opinion of a judge.

Limited category aircraft, like experimental aircraft, are prohibited from carrying “persons or property for compensation or hire” (FARs 91.315 and 91.319(a)(2)). The FAA argues this means that in order for an owner to charge money so that a nonowner can use a limited category aircraft in flight training, the aircraft’s operator must maintain an exemption. Some experimentals are eligible for a letter of deviation authority (LODA), which is discussed in the experimental category regulations, but there is no similar LODA provision in limited category regulations. The Living History Flight Experience program is available through an exemption process, and allows warbird operators to provide rides to the public in historic aircraft with no training element.

The participants in this amicus brief are not advocating for Warbird Adventures or its owner, or the FAA. They are neutral on the merits of the case and instead seek to provide the judge with essential background information and caution the court to tailor its decision to the case at hand without creating sweeping precedent that could impact flight instructors and owners of limited category aircraft who need access to training.

Recent FAA arguments contain language that implies all training in limited category aircraft requires an exemption. Such an interpretation has not been previously articulated or enforced by the FAA and, if the court were to approve of such an interpretation of the regulations, it would devastate the warbird community and create barriers to training, which could also impact safety.

Before the end of December, the FAA is expected to file its response and Warbird Adventures will file a reply. The judge’s opinion is expected in the first half of 2021 and, because the case is in the U.S. Court of Appeals for the District of Columbia Circuit (immediately beneath the U.S. Supreme Court), any precedent set in this case will be binding on FAA proceedings held before judges of the NTSB, Department of Transportation, and federal district courts.