Get the app Get the app
Already a member? Please login below for an enhanced experience. Not a member? Join today
News & Media Drone rules on final approach

Editor's note: This story was updated October 19 to correctly identify the host of a virtual event at which Earl Lawrence, executive director of the FAA Aircraft Certification Service, made a remark about integration of unmanned aircraft. AOPA regrets the error.

The FAA has submitted for final review two proposed regulations that would dramatically change how unmanned aircraft can operate, bringing to the cusp of conclusion a yearslong process that continues to cause concern among airspace incumbents. 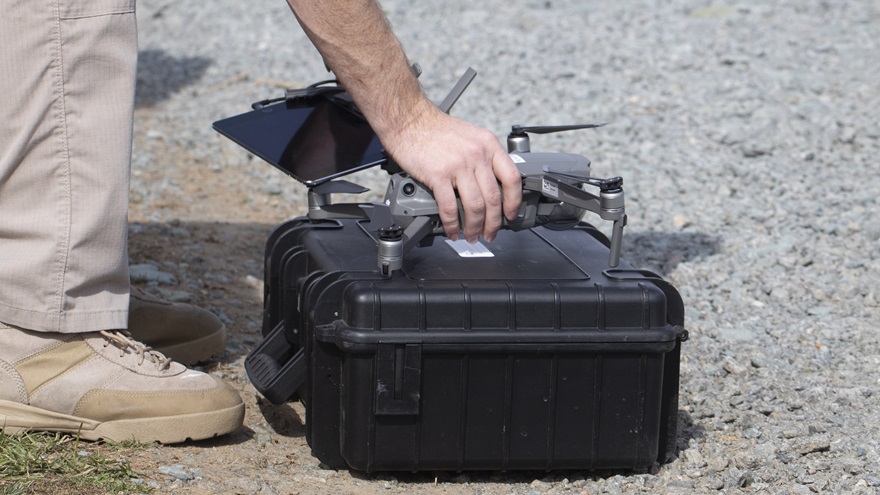 The FAA submitted two final rules to the president’s Office of Management and Budget on October 5, proposals for remote identification of unmanned aircraft and operation of small unmanned aircraft over people. The White House budget office has 90 days to review the new regulations, meaning they could be published before the end of the year. AOPA is hopeful that the final rules will reflect suggested changes we argued for on behalf of the general aviation community when the rules were proposed.

AOPA has been actively engaged in a collaborative approach with government and industry to safely integrate unmanned aircraft into our shared national airspace for many years. An original member of the FAA Drone Advisory Committee, as well as the FAA Unmanned Aircraft Safety Team and various national and international organizations developing standards for the industry, AOPA has worked to support realizing the benefits that unmanned aircraft can provide without increasing the level of risk to manned aviation.

The FAA proposed a risk-based approach to allowing drones to fly over people and at night without a waiver in January 2019, though the agency made clear at the time that having a regulated capability to remotely identify unmanned aircraft was a prerequisite. Nearly two years later, both final rules are approaching publication.

FAA approval of Amazon Prime Air’s petition for exemption in August  brought to three the number of applicants granted preliminary permission to conduct unmanned package delivery operations at designated test sites. Similar exemptions granted to UPS Inc. and Wing still leave the front-runners in the race to scale up drone delivery with additional hurdles to clear: type certification of their aircraft, and air carrier certification under Part 119.

AOPA Senior Director of Regulatory Affairs Christopher Cooper welcomed the recent FAA policy announcement on UAS certification published in September because an aircraft certification process for UAS used for commercial package delivery will help assure incumbent airspace users that these drones can operate safely among us.

“The proprietary and varied nature of this emerging technology has caused concerns of reliability and safety, none more important than how package delivery drones will detect other objects in the airspace and maneuver to avoid them,” Cooper said. “While we cannot evaluate a waiver or exemption application in any meaningful way without knowing the details of how the systems work, we can at least have some assurance that a type certification process adapted from the procedures used for existing aircraft would include validation of detect-and-avoid capability, as well as other systems critical to safe operation.”

As unmanned aviation scales up to people-moving capability on a routine basis (still a few years away, at least), there are early indications that the FAA aims to manage such flights differently than UAS that are not carrying people.

Earl Lawrence, executive director of the FAA’s Aircraft Certification Service, recently told a virtual gathering of the Air Traffic Control Association to expect the first examples of this new generation of vertical lift aircraft created to enable routine taxi service between city rooftops to be certified within two years. Lawrence also said to expect those aircraft to operate along set routes that will be “more segregated than integrated,” among many troubling signals the FAA has given about airspace segregation.

While many operational concepts have been drafted that anticipate the kind of integrated airspace that AOPA has long supported, an Urban Air Mobility Concept of Operations version 1.0 published in June uses the word “corridor” 143 times, suggesting segregation rather than integration of air traffic. While the draft anticipates that UAM would begin “within the current regulatory and operational environment,” it states that “higher tempo UAM operations are supported through regulatory evolution and UAM Corridors that leverage collaborative separation methodologies.”

AOPA opposes airspace segregation because it would exclude many current aircraft operations and render large swaths of airspace off-limits to current users. Integration of these aircraft in dense and complex airspace using robust onboard and/or ground collision avoidance capabilities is a far better approach to mitigate the risk of collision while retaining access to all users. For successful integration of unmanned aircraft, all aircraft, Cooper said, must have a validated see-and-avoid capability, whether by means of human pilots, ground observers, or technology that has proved capable of reliably detecting and avoiding other aircraft. AOPA will continue to advocate for safe integration of all aircraft without undue airspace restrictions, and closely monitor further development of these concepts.