Get the app Get the app
Get the latest news on coronavirus impacts on general aviation, including what AOPA is doing to protect GA, event cancellations, advice for pilots to protect themselves, and more. Read More
Already a member? Please login below for an enhanced experience. Not a member? Join today
News & Videos Going high

Visibility was excellent across the East Coast—but this was shaping up to be a challenging flight. 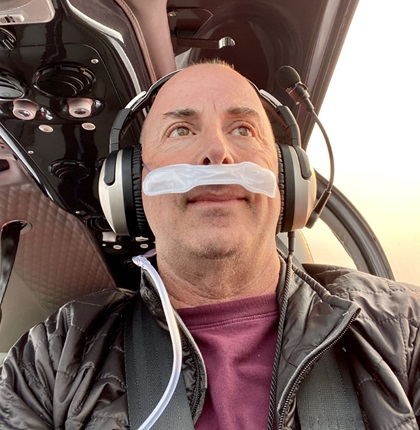 The 700-nautical-mile route from central Florida to western Maryland was at the edge of the AOPA Sweepstakes RV–10’s nonstop range; a 50-knot northwest wind at altitude meant turbulence was likely in the lee of the Appalachian Mountains; the last hour of the four-hour trip would take place after dark; and I was slightly fatigued from a hectic schedule and had just finished a three-hour drive.

The wind between 5,000 feet and 8,000 feet where the normally aspirated RV–10 usually flies was unfavorable with a 20-knot headwind component. But above 11,000 feet, the wind direction changed to a quartering tailwind—and the combination of a faster groundspeed and reduced fuel consumption at a higher altitude meant I could land at my destination with a one-hour fuel reserve.

My ace in the hole was a portable Aerox Aviation oxygen system. Strapping on the nose cannula and letting the oxygen flow at altitude would help me stay alert and avoid the postflight headaches I often get after long flights above 10,000 feet. The Sweepstakes RV–10 has a built-in pulse oximeter so I’d be able to keep tabs on my blood-oxygen level throughout the flight.

Leaving central Florida at 4 p.m., I picked up flight following and made my way to the coastline and climbed without oxygen to 11,500 feet. There, the pulse oximeter showed an oxygen saturation level of 85 percent, down from 98 percent at sea level.

I felt fine, but 85 percent is a compromised blood oxygen level. I’m a nonsmoker, 59 years old, and in good physical shape, so I was somewhat surprised by the relatively low reading. I put on the cannula, opened the airflow on the oxygen tank, and adjusted the needle valve for the current altitude. My blood oxygen level instantly rose to 94 percent. A few minutes later, it was at 96 percent—almost the same as at sea level.

The RV–10 has an exceptionally high service ceiling for a nonturbocharged airplane—20,000 feet. I’ve taken it up to 17,500 feet, and that’s near the limit of 18,000 feet for nose cannula oxygen systems.

But the evening flight up the East Coast showed me the biggest benefits from the oxygen system may come at “non-oxygen” altitudes.

Above 10,000 feet, there’s little air traffic from fellow piston pilots, and the turboprops (and jets) are typically far higher. There are real range and endurance benefits for piston pilots above 10,000 feet, and oxygen systems last a long time there. If the oxygen system gets depleted or fails during flight, there’s no danger of a sudden loss of consciousness. Pilots can simply descend to comfortable altitudes and continue.

Oxygen systems need to be maintained, monitored, and refilled, and there are lots of ways for pilots and passengers to mishandle them or use them incorrectly. The cannulas can get uncomfortable during prolonged use, they can interfere with the ear seals on active noise reduction headsets, and refilling them at FBOs (instead of scuba shops or hospital/industrial air service stations) can be expensive.

The Aerox system is a completely stand-alone unit that doesn’t require aircraft power, or even batteries.

The retail price for the four-person oxygen system is $773. 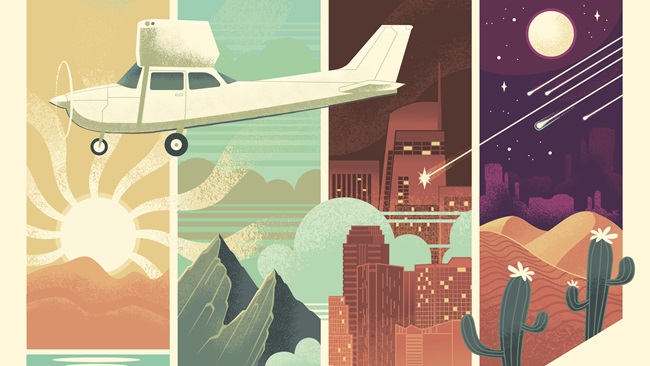 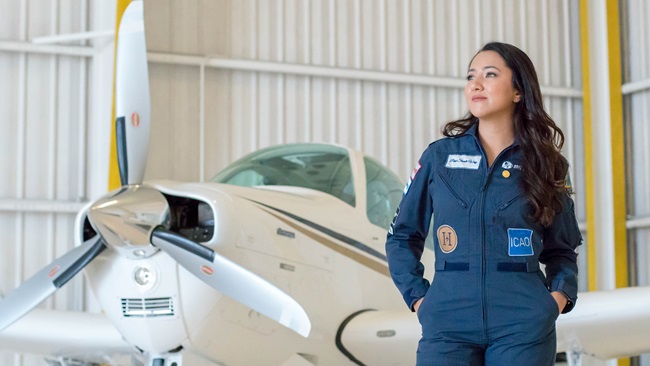