Get the app Get the app
Get the latest news on coronavirus impacts on general aviation, including what AOPA is doing to protect GA, event cancellations, advice for pilots to protect themselves, and more. Read More
AOPA will be closing at 2:30 PM ET on November 25, 2020, for the Thanksgiving holiday. We will reopen at 8:30 AM ET on Monday, November 30, 2020.
Already a member? Please login below for an enhanced experience. Not a member? Join today
News & Media Books, film made to inspire future pilots

Recently released books and a documentary film focus on inspiring girls, minorities, and many others to pursue their aviation dreams.

Several new and experienced pilot-authors and aviation enthusiasts have released books and films geared toward youngsters, hoping to potentially influence their future career ambitions and decisions early on, and help them understand aviation is something everyone can enjoy.

We compiled a list of titles that caught our eye in hopes the works will help you inspire others to fly, and to understand at an early age why having the freedom to fly is such an amazing thing. These words (and footage) of inspiration should be shared with anyone who dares to dream.

If you have an inspiring children's book or film suggestion to add to the list, please let us know. 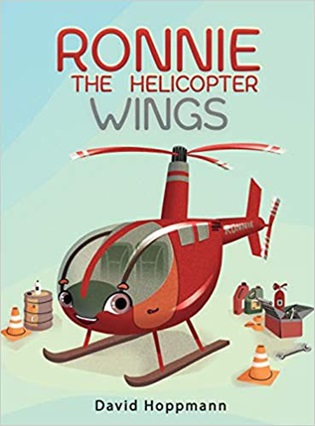 About the author: On his website, the author, David Hoppmann, who is an experienced pilot, explains he “first became passionate about aviation during the early 1980s while serving in the United States Navy, where he flew as an aircrew ordnanceman in P-3C antisubmarine patrol aircraft. Currently as a commercial helicopter pilot and flight instructor, he answers many questions about general aviation on an almost daily basis. … In addition to parents and children bonding over the general aviation and STEM-related themes of his books, they will also have an opportunity to explore friendship, loyalty and confidence.” 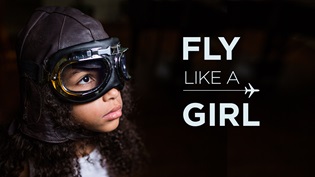 About the film: The makers of the documentary want viewers to know that “Fly Like a Girl is more than just a film. It’s a movement of young girls and women relentlessly pursuing their passion for aviation. A field currently dominated by men. Hearing first-hand stories from girls and women who dared to aim higher. From a [LEGO]-loving young girl who includes female pilots in her toy airplanes, to a courageous woman who helped lead shuttle missions to space, Fly Like A Girl shows us that women are in charge of their own destiny.” 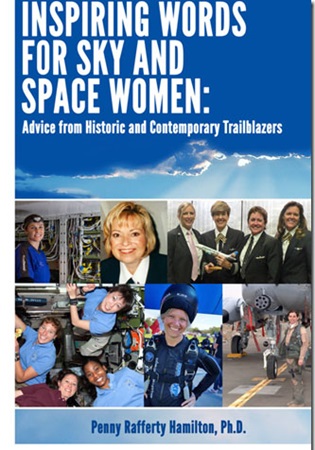 About the book: Penny Rafferty Hamilton’s book encourages and inspires young women to explore new opportunities in air and space. Readers will find career ideas for a successful future in the industry. Hamilton used the Women in Aviation International Pat Luebke Memorial Scholarship award to support her research for this book.

About the author: Promoting aviation is one of Hamilton’s passions. She has “been writing for national aviation publications for over 25 years,” and the National Association of State Aviation Officials honored her with the National Aviation Journalism Award.

Hamilton’s book is expected to be released in mid-November, just in time for Aviation History Month and National Inspirational Role Models Month. 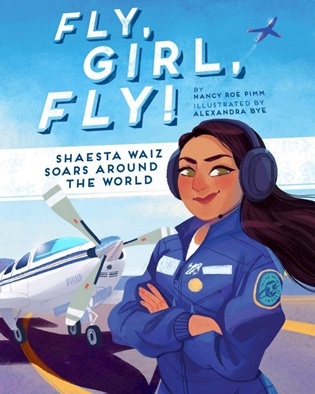 About the book: “Inspired by Jerrie Mock, who was the first woman to fly solo around the world, Shaesta faced many challenges before following her dreams and accomplishing a similar goal for herself.  Born in an Afghanistan refugee camp, she came with her family to make a new life in America in 1987.  As the book tells the story, she overcomes gender stereotypes and her fear of flying before becoming the first in her family to go to college,” according to a press release announcing the book. She also became “the youngest woman and first Afghan-American to fly solo around the world in a single-engine airplane.”

About the author: Nancy Roe Pimm is an award-winning author of many books and articles geared toward children. In addition to Fly, Girl, Fly!, Pimm also wrote the middle-grade biography The Jerrie Mock Story: The First Woman to Fly Solo around the World. 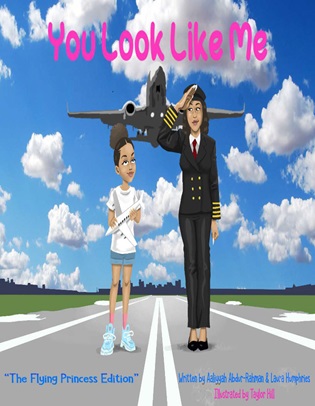 About the book: You Look Like Me is a children’s book about following your dreams no matter your gender or skin color, and about eradicating stereotypes. Representation is key for the author, who believes the power of seeing someone who looks like you accomplishing his or her goals is a powerful message. “Whether it’s the color of your skin, your gender, or even a disability, seeing someone that looks like you on a higher platform can transform your entire life,” said Laura Humphries, who also goes by “The Flying Princess.”

About the author: Humphries is an aspiring airline transport pilot. Her journey started with the desire and love of travel, and she became passionate about traveling the world. Humphries became a flight attendant but continued to search for something more fulfilling and adventurous. After working with a Black female airline captain, Humphries knew her dreams could one day become reality. Humphries wants to give the next generation of pilots the motivation to chase their dreams and hopes to inspire others along the way. 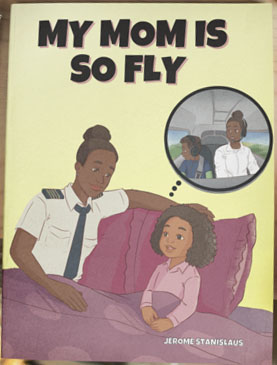 About the book: Author Jerome Stanislaus wrote this children’s book to inspire his daughters and other young and aspiring pilots to pursue their dreams.” My Mom is So Fly is a story of how Mommy decided to become a pilot. According to Amazon, the books is “an excellent choice for educators, parents, and more. This book will show young readers that women can be pilots and spark their interest in aviation from a very young age.”

About the author: A passionate pilot, skydiver, and philanthropist, Jerome Stanislaus grew up in Brooklyn, New York. After high school he served in the U.S. Marine Corps for just over 10 years. He then earned a Bachelor of Science in Airport Management and worked as an elementary school teacher while also serving in the Air Force Reserves. Stanislaus has been featured by AOPA as well as CBS This Morning with Michelle Miller, CNN Travel, Now This News, and others for his efforts to take diverse young people on discovery flights.