Get the app Get the app
Already a member? Please login below for an enhanced experience. Not a member? Join today
News & Media Astronaut, public servant Michael Collins mourned 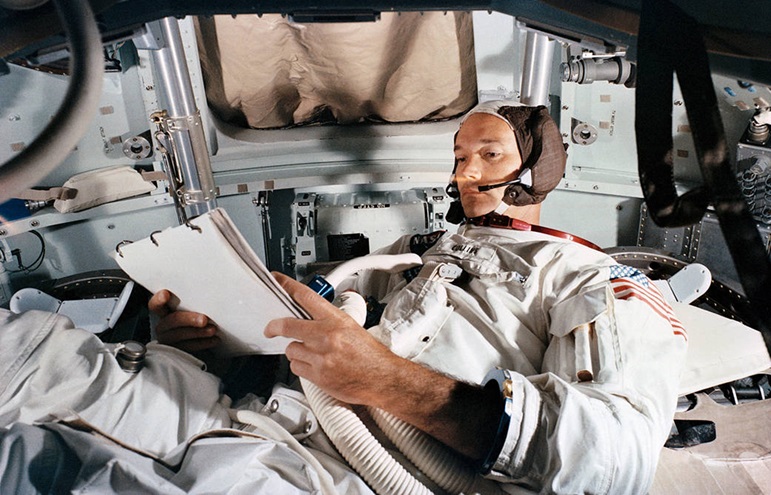 The National Aviation Hall of Fame, which enshrined Collins in 1985, reflected “with much sadness and admiration” during a tribute to the Apollo 11 command module pilot who orbited the moon as he dispatched Neil Armstrong and Buzz Aldrin to the lunar surface on July 16, 1969.

Though Collins wasn’t able to set foot on the surface of the moon, his duties orbiting above the Sea of Tranquility were essential to the mission’s success.

The National Aviation Hall of Fame wrote that Collins “carefully maneuvered the Columbia” and secured it for docking after Armstrong and Aldrin completed their lunar experiments and rocketed the Eagle landing module from the surface of the moon to the rendezvous. Collins jettisoned the service module and skillfully turned the command module so the blunt end heat shield faced forward as Apollo 11 began its fiery approach to the re-entry corridor. The crew safely splashed down near the USS Hornet, completing their mission and securing the United States’ outer space accomplishments for future generations and countless history books. Collins also flew aboard Gemini 10.

“Today the nation lost a true pioneer and lifelong advocate for exploration in astronaut Michael Collins," said NASA Acting Administrator Steve Jurczyk. “Michael remained a tireless promoter of space. ‘Exploration is not a choice, really, it’s an imperative,’ he said."

After he left the space agency, Collins switched to more earthly duties and ushered in the opening of the National Air and Space Museum on July 1, 1976, under President Gerald Ford. Though museum insiders initially thought the Washington, D.C., facility was too small, it was hugely popular with visitors and ended up setting the standard for large museum exhibits. 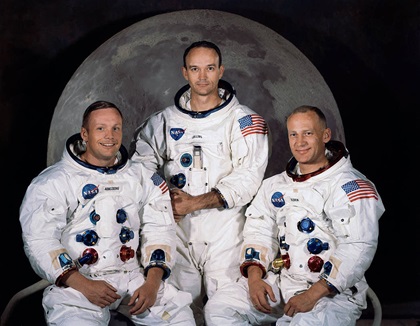 "With unmatched dedication, Michael Collins leaves a legacy of public service," said National Aviation Hall of Fame President and CEO Amy Spowart. "As an Apollo astronaut he calmly excelled and as the first Director of the National Air and Space Museum, he achieved what many saw as impossible."

Collins speculated during a 2016 video presentation that getting the museum off the ground might have been even harder than his space duties, had it not been for the late Sen. Barry Goldwater, (R-Ariz.), a Boeing B–52 Stratofortress pilot who retired as a major general in the Air Force Reserve and “wanted badly to get this museum underway.”

One million visitors crowded in during the first month and by the year’s end 10 million had walked under airplanes or spacecraft to learn about the origins of flight and outer space exploration. To date, more than 350 million have visited the popular air and space exhibits. The museum is currently undergoing a multi-year renovation and expansion that began in 2018 and will feature the Nemesis air racer, the Turner RT–14 Meteor, and other artifacts in the Nation of Speed exhibit. The We All Fly gallery focusing specifically on general aviation will contain Sean D. Tucker’s red Oracle Challenger III biplane.

Collins described his “quiet” time in space on the far side of the moon and out of communication with Mission Control as “good, not bad” during an interview for the Smithsonian’s STEM in 30 program. He said he “enjoyed the time by myself” during the 55-minute break in connectivity with Earth.

He regaled GA pilots with his stories from space during an EAA AirVenture appearance in 2019 that recalled the fiftieth anniversary of that moon mission.

Collins was “was an exceptional combat and test pilot, Gemini and Apollo astronaut, and public servant,” recalled National Air and Space Museum Acting Director Christopher Browne. “He would always say that he was as Earthbound as the rest of us and no different than anyone else, but NASA knew what they were getting when they selected Mike for the mission and the history books: a humble man of remarkable ingenuity, creativity, integrity, and authenticity.”

Collins’s family said via social media that he died after a “valiant battle with cancer.” They added that Collins “always faced the challenges of life with grace and humility, and faced this, his final challenge, in the same way. We will miss him terribly."