Get the app Get the app
Already a member? Please login below for an enhanced experience. Not a member? Join today
We will be performing maintenance on our systems Sunday 9/19 from 12am to 6am ET. During this time, you may experience intermittent service outages. We appreciate your patience.
News & Media B–25 connects father, son 75 years later

For Vietnam War veteran Homer “Tom” Womack, sliding into the well-worn seat of B–25 Mitchell bomber Panchito was not some simple bucket list item—it was a way to reconnect with his late father, Homer Baxter “Bax” Womack, who spent hundreds of hours in the bombardier/navigator seat of B–25s plying the skies of the South Pacific during World War II as a Marine.

Bax and his brother, also a World War II veteran, began flight training right after the war, but, as with many others, new careers and young families got in the way. However, in the mid-1960s they returned to flight training, this time with 16-year-old Womack in tow. Womack soloed at 16 and soon earned his private pilot certificate. Over the years the brothers owned numerous airplanes together, infusing Womack with a love for flying, teaching, and aircraft ownership.

Womack joined the Army and by 1971 was in Vietnam flying Bell OH–58 Kiowa helicopters.

After leaving the Army, like his father and uncle, he felt the need to share his aviation experience and soon began flight and ground instruction, including a dozen years teaching AOPA weekend ground school courses in the 1980s and early 1990s.

Over the years, he flew the family Beech Musketeer and later a Cessna Turbo 210. These days he often flies a cousin’s Turbo Commander, which was his transportation from his Grayson, Kentucky, home to Georgetown, Delaware, in late April to claim his prize of a free second-in-command type rating in the legendary B–25 Panchito.

Owned by the Delaware Aviation Museum Foundation, the B–25 is a regular on the airshow circuit. Several times a year the volunteers supporting the Mitchell offer ground school and type rating courses. Funds from the courses help support the flying and maintenance of the warbird.

Early last year, in celebration of five years of offering the training, the group ran a contest, inviting anyone with at least a third class medical certificate and a multiengine rating to simply send in their name for the chance to win a free second-in-command course as the first prize. Second- and third-place winners received discounts on the course. The contest ended March 31, 2020, with the drawing scheduled for April 1, 2020. 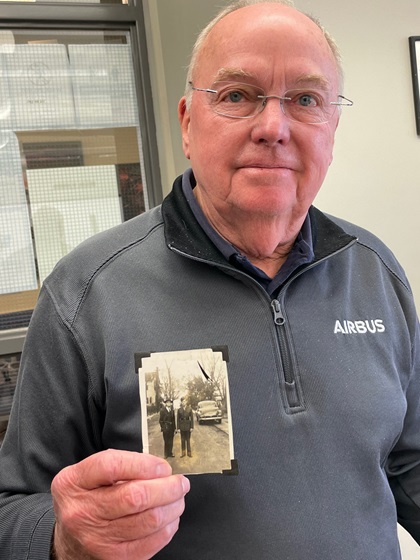 Womack happened to hear about the contest on that last day and, thinking of his father, quickly entered. The next day he got a call from Larry Kelley, owner of the foundation, letting him know his name had been drawn as the winner.

Because of the COVID-19 pandemic, the training was delayed several times into April 2021 when Womack finally got his chance to experience flying the model of airplane his father had spent so much time in some 75 years earlier.

“I was in Panchito, and they were doing a brake check, and when they ran the power up to about 2,500 rpm I was thinking about him and just grinning from ear to ear. I mean, it was thrilling.”

He also got to experience climbing through the tunnel beneath the cockpit and sitting in the bombardier seat in the nose, a place his father knew well. “When I climbed up inside it yesterday, I had a lot of respect for what those guys did. It's close quarters, it's loud, and there's people shooting at you. As [Tom] Brokaw said, ‘the Greatest Generation. I believe it.”

And keeping the memories alive about the Greatest Generation and the history associated with World War II is important for the team that supports the historic warbird.

“It's part of our mission here at Delaware Aviation Museum Foundation,” said Calvin Peacock, a member of the foundation board and a flight instructor on the B–25. “It is to bring World War II and historical aviation, particularly warbird aviation, alive to the generations that are coming up. And that's one of the things that we've been really pleased with. This class is no different. We've seen younger people come in who are either interested in warbirds in general or actively participating. And we have a young man in our class right now who is very active in warbirds to keep them flying.”

The other members of the April class were third-place contest winner Brian Kennedy from Portland, Oregon, and Wes Atteberry of Bel Air, Maryland, a millennial warbird enthusiast.

“As Larry Kelley is fond of saying when he goes to the zoo, he doesn't want to see a stuffed bear. He wants to go to the zoo and see a bear roar,” Peacock continued. “So, it's kind of the same thing, to bring aviation alive to the younger generations, not just as a static display, but actually get into it. And as you heard from Tom Womack, the sounds and the sights and the smells of what the Greatest Generation experienced when they were in war with these aircraft. That’s what it’s all about.”

Additional ground school and type rating courses are scheduled for May, August, October, and November of this year. Prices vary between $299 for the ground school to about $50,000 for the type rating. The SIC type rating is $6,135 effective June 1. 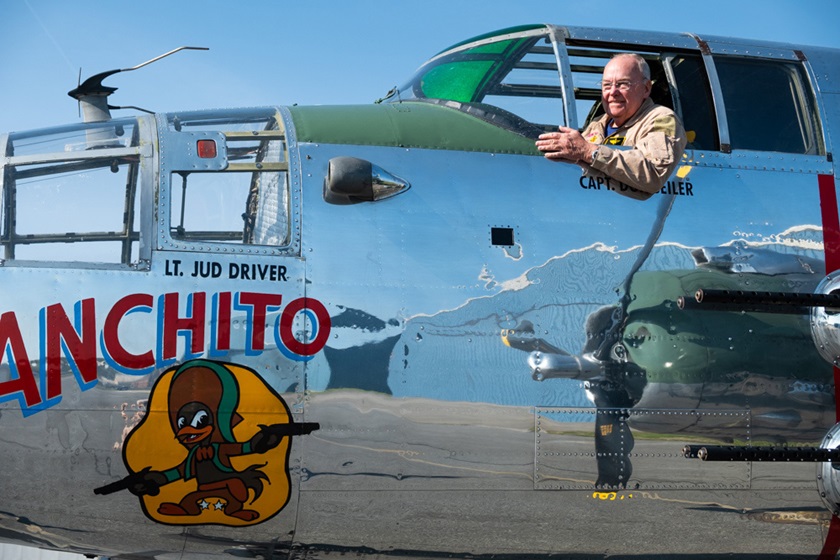 Editor in Chief
AOPA Editor in Chief Tom Haines joined AOPA in 1988. He owns and flies a Beechcraft A36 Bonanza. Since soloing at 16 and earning a private pilot certificate at 17, he has flown more than 100 models of general aviation airplanes.
Go to Thomas B Haines's Profile
Topics: Warbird, Technique