Get the app Get the app
Already a member? Please login below for an enhanced experience. Not a member? Join today
News & Media Tangier Island mayor: 'Thank you for not forgetting us'

Tangier Island mayor: 'Thank you for not forgetting us'

The annual Holly Run charity fly-out to Tangier Island, Virginia, a fishing village of 400 residents in the Chesapeake Bay, returned after a one-year hiatus because of the coronavirus pandemic with more than 40 pilots helping to deliver holly branches for holiday decorations, school supplies, and Christmas presents on December 4. 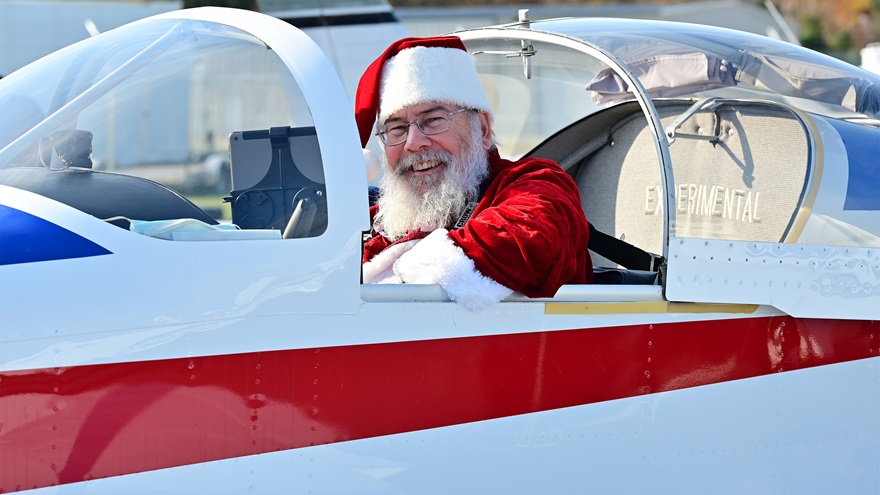 Santa Claus and general aviation pilot Ralph Hoover leads more than 40 aviators to Tangier Island, Virginia, in the Chesapeake Bay to deliver holly branches, school supplies, and holiday presents during the annual Holly Run charity fly-out Saturday, December 4. The event was canceled in 2020 because of the coronavirus pandemic. Photo by David Tulis.

The event began in 1968 with pilot Ed Nabb flying a two-person Ercoupe to the tiny island and has grown into an annual holiday tradition for big-hearted mid-Atlantic-based aviators. Organizer Helen Woods of Chesapeake Sport Pilot has been a driving force for the fly-out for several years.

Tangier Island Mayor James Eskridge thanked general aviation pilots for their “generosity and for not forgetting us here on this tiny island.”

Swain Memorial United Methodist Church’s Denny Crockett praised the dozens of aviators who donated their time, resources, and energy to make the holidays a little brighter for residents: “I don’t know what we’d do without them. I love to see the planes coming in and not just the planes, but what’s behind the planes.” He said the group “has really helped the people on Tangier Island.” 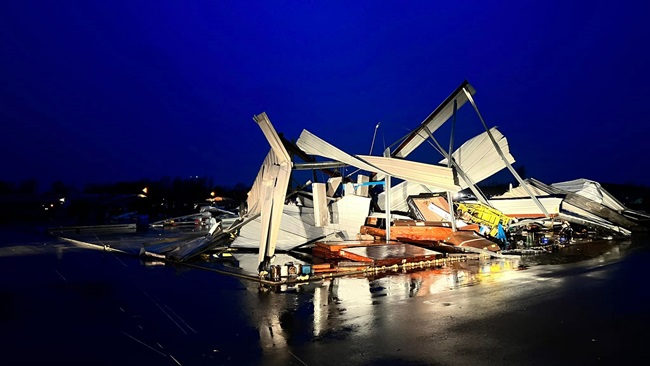