A rushed decision by Santa Clara County officials in California to ban 100LL fuel at its airports as of January 1 spurred AOPA and industry organizations to take immediate action on behalf of members and the general aviation community. 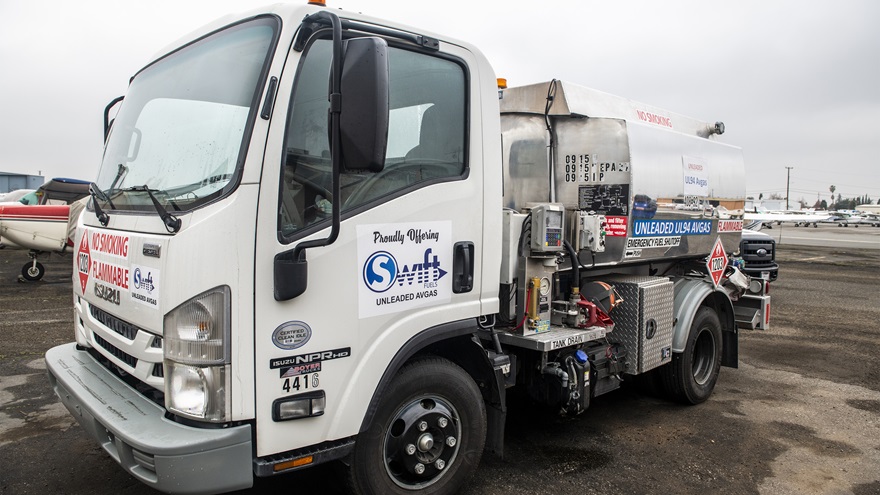 Two California airports are planning to stop selling 100LL avgas on January 1, instead replacing it with UL94. AOPA is working with the FAA to mitigate the harmful impact this sudden change could have on pilots. Photo by Niki Britton.

In a letter to FAA Administrator Stephen Dickson, the organizations called on the FAA to use its “aviation safety mandate to prohibit individual airports from interrupting the availability of 100LL and stifling the cooperative industry-government effort to safely transition the entire general aviation fleet to unleaded fuels. It is vital to public safety to mitigate [misfuelling] risks for pilots and passengers and for the people and property on the ground during this transition.”

While the entire GA industry supports, and is actively pushing toward, an unleaded fuel future, banning the sale of 100LL will leave piston-engine aircraft at the airports with no fuel option approved for use in the entire piston GA fleet, significantly increasing the risk of aircraft misfuelling.

“Yes, we all want leaded fuel out of general aviation, but the answer needs to be as safe as it is fast, not with willful disregard for safety,” said AOPA President Mark Baker. “Charging toward an arbitrary date with little to no consideration for safety poses a great and unnecessary risk to general aviation pilots and local communities. Let’s get this done together—but smartly.”

The FAA was reminded that engine failures from misfuellings often occur at critical phases of flight, such as on takeoff and climbout, and NTSB accident reports document the grim outcomes.

The letter pointed out that there are already misfuelling risks where visually similar airframes require different types of fuel (e.g. Cessna 421 and Cessna 441), and some popular piston aircraft models (e.g. Beechcraft Bonanzas) have engines that can use unleaded fuel, while other aircraft of the same make and model do not.

Piston aircraft with high-compression engines consume 75 percent of the 100LL sold in the United States; many of these engines are not approved to use unleaded fuels currently available in the marketplace. Aircraft operators who are approved to use a lower-octane unleaded formulation in their aircraft must still obtain a supplemental type certificate to legally use the fuel. This can create a dilemma and risk to pilots who land at an airport at which only a lower-octane fuel is available than what they require to safely fly.

The groups added, “We are committed to working with the FAA and industry stakeholders to effect a smart, managed nationwide transition to unleaded fuels in general aviation aircraft, one with safety at its core… Unlike automobiles, if an aircraft has engine trouble, it cannot simply pull over to the side of the road. The automobile industry took time to safely transition to unleaded fuels and was successful, and the aviation industry must do the same.”