The first electric aircraft in the world to achieve type certification has been selling at a head-turning pace, with flight schools in many countries embracing carbon-free pilot training. 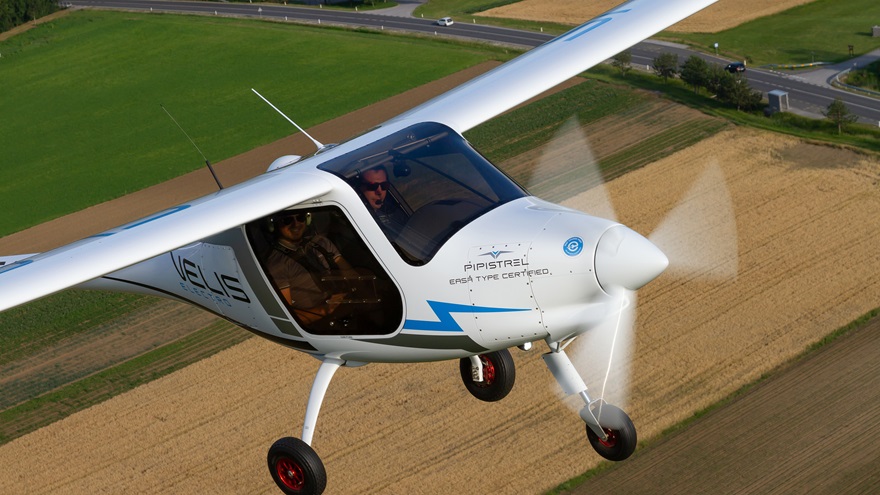 European regulators granted Pipistrel type certificates for the Velis Electro and its battery-driven powerplant in June 2020, and the company reports brisk sales since. Photo courtesy of Pipistrel.

While competitors including Colorado-based Bye Aerospace are working to join this hyper-exclusive club of certified electric airplane makers, Pipistrel for now remains alone in this segment, and reports that business has been very good since the two-seat Velis Electro was certified in Europe in June 2020.

Pipistrel’s regulatory achievement authorized the firm to build and sell airplanes, and also to train certificated aviation mechanics, including those who work for other companies. The first such training was provided in December, a five-day maintenance seminar that spurred significant interest and led to the scheduling of a second seminar in January. Pipistrel is organizing another in February and invites anyone interested in participating to contact the company via email.

“If there is enough interest, the courses will be organized regularly once every month,” the company noted on its website.

Pipistrel reported swift sales in a January press release, with 111 Velis Electro aircraft delivered to date, and another 70 on order as the year began. Pipistrel announced the company is adding factory staff, “a second shift to take advantage of being the only certified electric aircraft manufacturer in the world,” the news release states. “Pipistrel is cooperating with dozens of OEM manufacturers, implementing Pipistrel electric propulsion into their fleets.”

The company reported that 2020 was the first year in its history that it produced more electric aircraft than petroleum-powered models. The electric powerplant was certified separately by European regulators, allowing it to be installed on airframes made by others.

The Velis Electro’s liquid-cooled motor converts 57.6 kilowatts of electricity into 77 horsepower turning the fixed-pitch propeller, with 24.8 kilowatt hours of energy stored in a pair of batteries. The system reduces noise, is powered up with four switches, and requires no warmup before takeoff, according to the model’s online documentation. Flight training provider AlpinAirPlanes was the launch customer, purchasing a dozen aircraft for 10 locations around Switzerland, each location equipped with photovoltaic panels capable of charging enough batteries to deliver 12,000 hours of flight instruction per year.